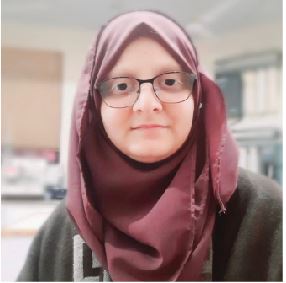 Since time immemorial, open dumping has been the easiest way of getting rid of trash out of one’s sight, be it a house, a locality, a region, a city, or a country. Documentation of 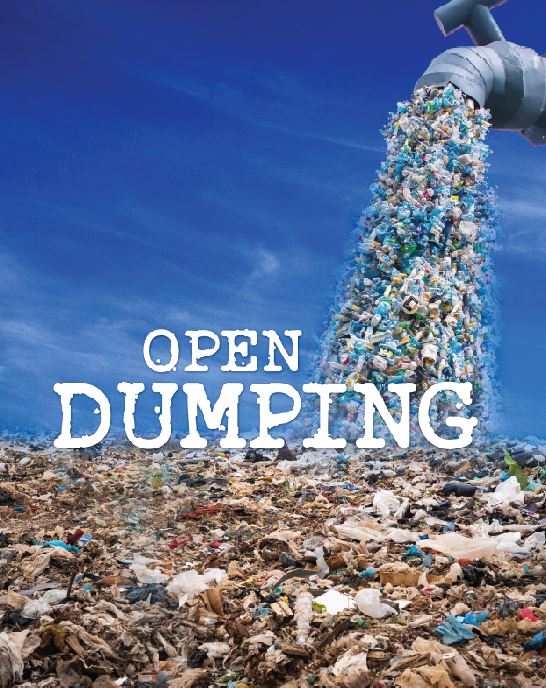 hazardous solid waste at open dumping sites goes as far back as the 14th century. It is defined as the uncontrolled disposal of waste materials, including plastics and other recyclable materials, without treating or processing. Besides this, landfill sites are not managed well and are often located near residential areas. This type of dumping is illegal in most countries, but it occurs frequently in developing countries. They have become breeding grounds for several diseases leading to a severe risk of fatal deaths among living forms. High concentration of toxic substances in these sites leads to the deteriorating quality of air, water, and soil in the surrounding areas.
Open dumping is a widespread problem in Pakistan. Dumpsites are often located near or in water bodies and are also a major source of water pollution. In Pakistan, open dumping is a common method of waste disposal. Municipal solid waste is disposed of through open dumping. The Pakistani government does not seem to have a working policy to manage solid waste disposal, resulting in widespread dumping of garbage. Solid waste management practices in Pakistan are unsanitary and poorly regulated, exacerbating the spread of disease. The lack of formal solid waste management infrastructure gives rise to enormous amounts of litter and solid waste throughout cities.
Some of the main causes of open dumping that are common in almost all of the littered countries are:
•    Poor waste management practices that often result from municipal failures to collect and dispose of waste in a responsible manner. Most authorities fail to service all households within their municipalities, resulting in a buildup of waste in certain areas. This buildup leads to open dumping, which can in turn lead to environmental hazards.
•    Households generate waste as part of their everyday lives from numerous activities such as cooking, cleaning, and commuting. Lack of public awareness about the hazards to the environment also plays a role in the way open waste dumps are managed.
In order to effectively discourage open waste dumping, it is important to target both the awareness among the general public and the underlying causes of open dumping. One way to do this is through public educational campaigns. These campaigns should target households both in the terms of generation and disposal of waste. By raising awareness about the environmental and public health hazards associated with open dumping, we can discourage this behavior and protect our environment.
Elimination of Hazardous Waste from Environment
The U.S. Conference of Mayors adopted a resolution in June 2015, entitled, “In Support of Municipal Zero Waste Principles and a Hierarchy of Materials Management,” inwhich principles in relation to zero waste were briefed in the form of Hierarchy of Material Management: extended producer responsibility and product redesign, reduce waste, toxicity, consumption, and packaging, repair, reuse and donate, recycle, compost, down cycle and beneficial reuse, waste-based energy as disposal, and landfill waste as disposal.
The zero waste movement strives to redesign the current one-way industrial system into a more efficient and sustainable circular system. This could mean that there would be waste-based business opportunities to create jobs and the importance of producer responsibility would be recognized. However, the aim is to eliminate waste altogether, rather than simply managing it.
How Women Can Help Reduce Waste Production/Management
Women play a critical role in addressing air pollution and climate change. Building the capacity of women to reduce climate pollutants empowers them economically and has the highest chance of achieving reductions.

There are a lot of success stories of women from  around the globe who in a very efficient manner have  opted waste utilization as their business niche. They are playing their 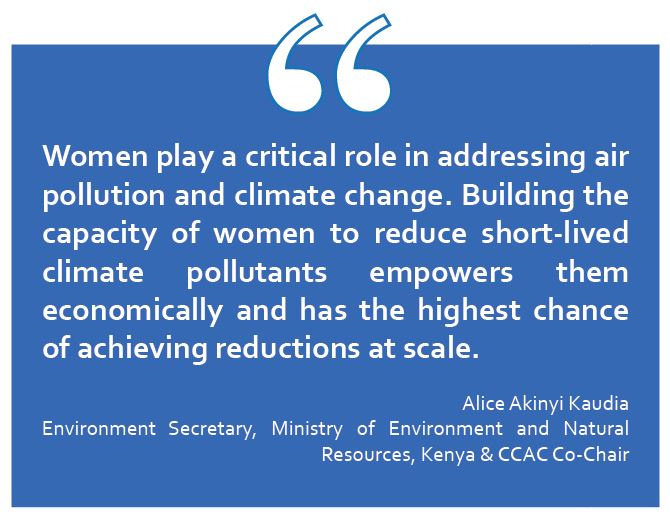 part in minimizing waste by implementing several techniques of zero waste management. One such story is that of an ordinary woman, Roseline, who hails from Migori County in Southwestern Kenya. She moved to Migori in 2008 and invested in waste recycling with a group of eight women and six youths. They are transforming plastic waste into useful products proving that investment in recycling of waste could be a viable income-generating venture for low-income groups having a potential to be scaled up.
There are several possible ways that can help minimize and eliminate waste from our society and the environment. Various methods include techniques like waste segregations from home, use of reusable or recyclable stuff, prohibition of plastic utilization, getting trained on techniques like composting and utilizing it in gardens or small plantations.
One of the simplest techniques is segregation technique that can be done by using color-coded bins. For example, green for organic waste, yellow for glass, white for paper, grey for metal, red for hazardous and blue for plastic. This will directly help segregate organic dump from inorganic dispose, lessening the burden on already overflowing landfills. It will also influence the psychological mindset of people to gradually minimize their garbage, which will ultimately help in waste reduction on a larger scale altogether. Next, comes the use of reusable and recyclable products like saying ‘no’ to paper utensils, clothes or one-time disposable products.
Adopting composting and 4Rs in your lifestyle are two effective ways to reduce open dumping. Composting is a process of decomposing organic matter into a usable form of fertilizer. Reducing the amount of waste, reusing and repurposing items and recycling materials helps to reduce the amount of waste that ends up in open dumping sites. All these basic techniques will not only purify the atmosphere but progressively will make the environment breathable and eco-friendly.  HH