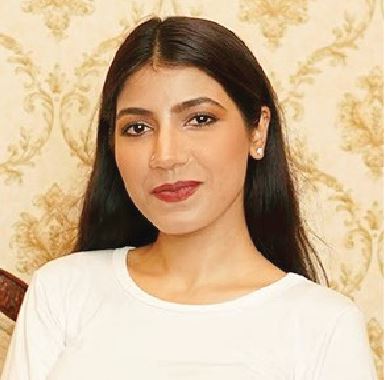 Feelings like disappointment and injustice creep in when a person is paid much less than another one for doing the same amount of work while going through similar struggles. It can be really demotivating and affect a person’s focus on work. Particularly, women tend to struggle more as they are under constant pressure of prejudiced gender practices. 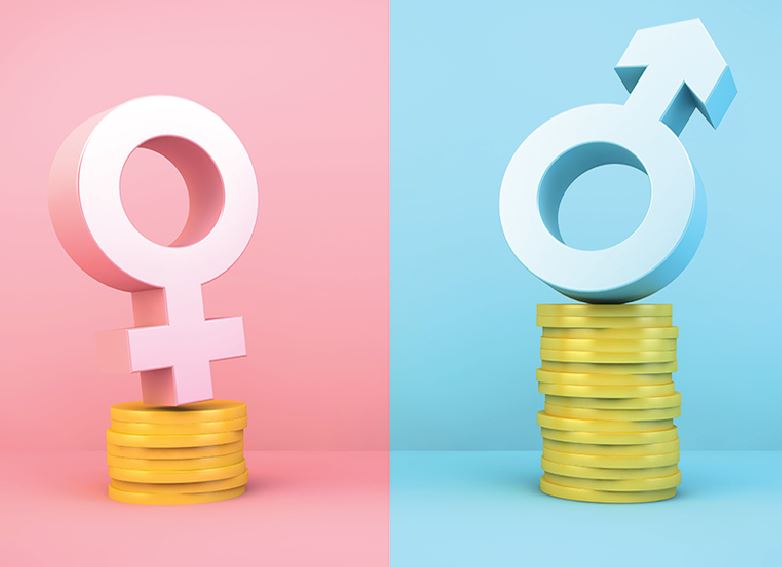 There is a lot that we women go through while juggling between our roles at home and almost our work places. Gender pay gap is entirely based on gender discrimination that immensely impacts women in terms of opportunity, independence and security. It is a global issue existing in all societies and nearly all professions and is a major hindrance in women empowerment. However, it might not be wrong to say that it is a little more challenging for women in our society since we also do not enjoy the privilege of women rights as much as women in the developed countries do. I believe real gender equality will only be achieved when practiced at home, in law and in the economy. In order to really make the world more equitable and fair, we must start valuing the talent and contributions of women and girls. Even when there are laws in place regarding pay equality for equal work in some countries, they are not implemented or practiced appropriately. Gender pay gap definitely comes across as a systematic problem. Legal requirements not being fulfilled is only one part of the issue as it is deeply rooted in misogynous societies with common patriarchal practices, where the effort and contributions by men are valued more than that of women. In patriarchal societies, women are directed to opt for limited professions where they are usually paid less; this can actually hamper their economic security and independence. It constrains them from uplifting themselves out of impoverishment even when they are financially contributing to the family income, yet they are not considered equal to the male members of the family. This impacts their ability to fully and equally contribute to the economy of the state. 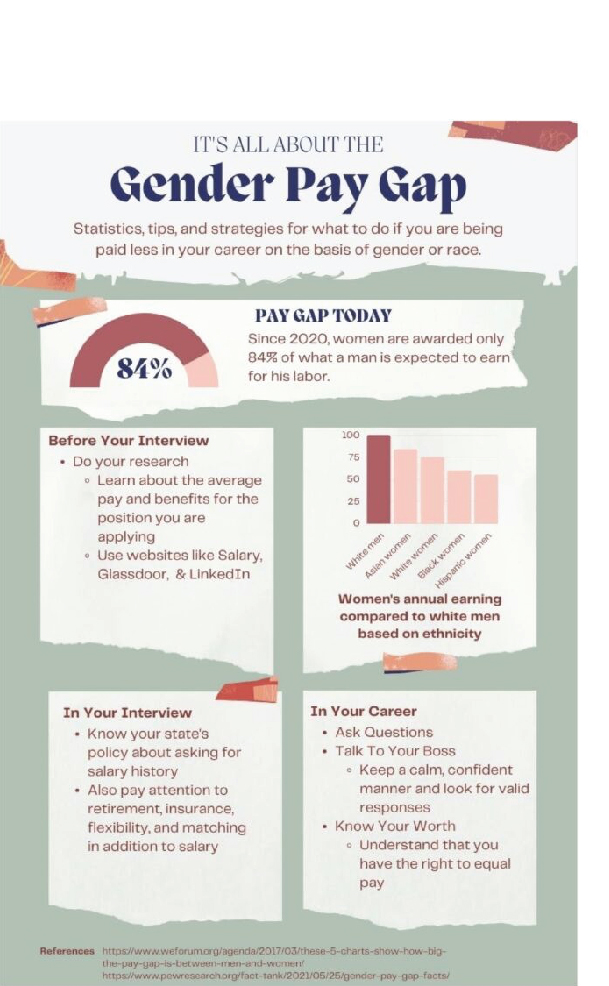 If we look at the gender pay research and data,  women are mere walking and talking statistics. As stated by World Economic Forum (WEF), it will take around 267 years to bridge this gender pay gap considering the current rate of progression. it seems like it is high time to address the issue because in order to achieve Sustainable Development Goals (SDGs), it is important that gender disparity comes to an end and why shouldn’t it? Isn’t it unfair that men are paid more than women for the same amount of work?
The bar further goes low for women after getting married or having children. This might have been justified if this was an issue that prevailed two decades ago when women were less educated than men and were not working in the high paid professions, but today when women are working at the same level as men, and are equally educated and capable then why is a genuine issue like gender pay gap not becoming a matter of concern?
When both the genders are equally capable of putting in the same amount of work then it is quite unfair to hinder women from achieving economic independence by not being given equal opportunities as men. Apparently for men, having children does not come in the way of their promotions as it does for women. It seems like sexism and discrimination against women is what causes the pay gap at work places. So being paid less for equal amount of work just does not make any sense only on the basis of gender. There is meticulously researched data available that employers are least interested in hiring women who are mothers, considering that they have a lot on their plate in terms of liability and responsibility while hiring fathers is what interests them the most! Working women face issues in terms of co-parenting and yet they are paid less for equal work and are also not acknowledged and valued. It feels like the contributions of women and girls in general are completely neglected. Women at work places are not given paid maternity leaves and are rather charged with pregnancy penalty at some places. It is sad that like women are juggling constantly because in order for them to excel or achieve something they have to give up or put a hold on to another. They are not given promotions if they start expanding their families because they do not stay focused and competent enough while a man who is married or is a father does not have to experience any such situation. Further, women face lack of opportunity because of a pregnancy and even after giving birth. It comes as prejudice against women cerebrally or intellectually equal to men. This shows that it is not just pay inequality but is also inequality of opportunities, which narrows down options for women and daunts them.
It might not be astonishing to know that gender pay gap is not just an issue of developing countries but developed countries are dealing with such gender discrimination too. US women soccer team demanded equal pay to their male colleagues, BBC women journalists faced pay differences, Hollywood actresses spoke up about being paid less than their male colleagues. Roughly, the pay gap is around 20% in some developed countries and rises up to 60% in developing countries. Gender pay gap is a global issue and that is why it is a part of SDGs.
Even though the issue is now being addressed at various platforms, it seems likely to stay unresolved for years to come. We are probably waiting for someone to make a difference like we always do, but relying completely on organizations or government to take action cannot be our only solution. The government is not sitting in our meeting rooms or making hiring decisions for us. A change of mindset is required and the initiative also needs to come from organizational and institutional level along with the governmental platforms.
We are always hesitant in asking and talking about money and salaries in particular, that is why gender pay gap continues to exacerbate. We can actually start making a change by asking our employers and managers whether the women in the organization are paid equal to men for the same amount of work. In order to close this gap, we need a cultural change as well. There is a clear occupational segregation as women are restricted to work in certain professions like nursing or teaching, etc., and we also need to eradicate this ongoing unjust practice of giving higher pays in the men dominated occupations, for example men working in the construction industry are paid more than the women working in the nursing profession. Indeed, legislation at governmental level is also pretty much a part of the solution, however, HR can play a direct and vital role in closing this gap as the department can easily look into the disparities and can point them out for the leaders. We need a change in our narratives as well. Rather than focusing on what roles to be played by men or women, we should change our mindset to choosing the right person for the right job, beyond any gender segregation. Before we start closing the gender pay gap, we first need to close the gap between intent and actions. HH