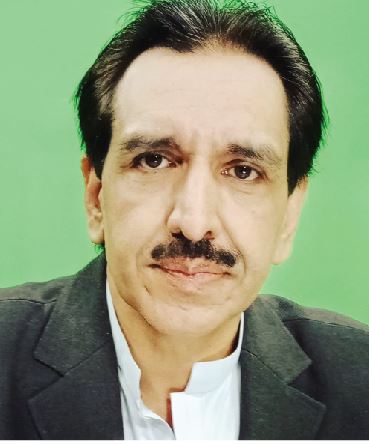 The land of Swat, once known for its scenic beauty was reduced to a geographical area for violent extremism. The Armed Forces of Pakistan, through unwavering efforts and sacrifices, brought peace back to the land. However, the recent reurgance of violence in the valley was again dealt with an iron fist by the Armed Forces, not allowing the hard-earned peace to be rolled back. 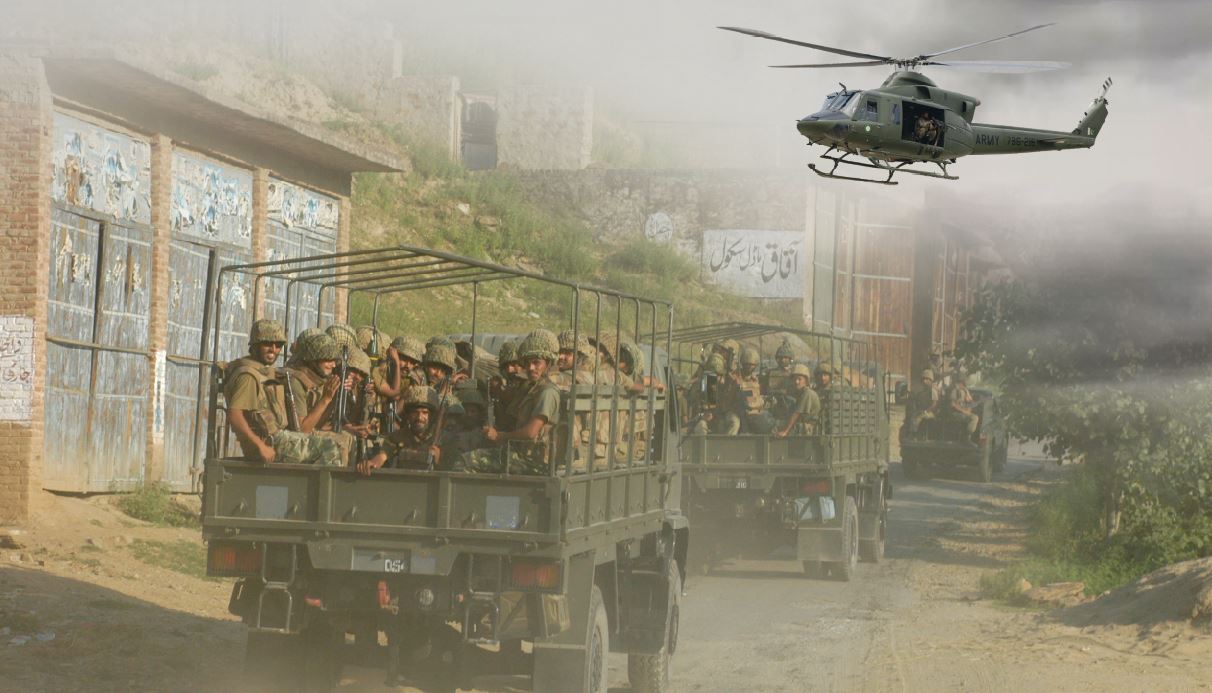 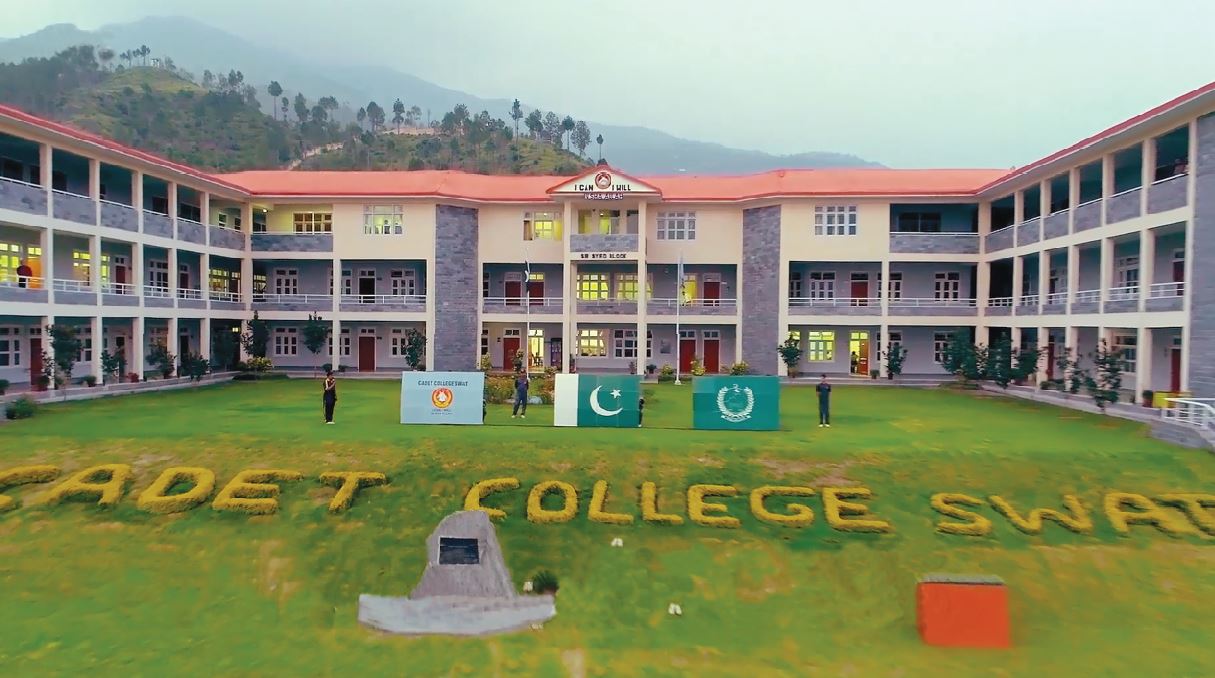 For the past few weeks, the law and order situation in Swat and neighboring areas has been deteriorating once again, which is directly related to the situation in Afghanistan, where after 2009, the leadership of Tehreek-e-Taliban Pakistan (TTP) took refuge. When the American forces withdrew, the Taliban were able to sweep the entire country. TTP also came out of their hideouts and to avoid escalation of violence, Pakistan started a series of negotiations. Later, a deadlock occurred as some militants of TTP not only entered Pakistan, but also launched attacks that were met with a strong response, which continues till date. Courtesy of top military leadership and the Commander Peshawar Corps who identified the issue and in order provide security to the people, the forces also started targeted operations in the troubled areas.
The history of militancy in Swat dates back to the ‘90s. It started during 1993-94, when thousands of people led by Sufi Muhammad started violent activities in the entire Malakand Division, as a result of which Swat was not only cut off from the rest of the country, but Badi-ul-Zaman Khan including dozens of other members of the Provincial Assembly were also killed. The situation prevailed for several months.
After the 9/11 attacks, incidences of violence increased in Swat once again, but it intensified after the operation of Lal Masjid in Islamabad, when Maulvi Fazl Ullah, son-in-law of Maulana Sufi Muhammad, carried out dozens of suicide attacks on the forces, especially the police and some parties, which resulted in taking half of Swat hostage. Around the same time in 2007, when Baitullah Mehsud founded TTP, Fazl Ullah not only became a part of it, but also took over Tehrik-e-Nafaz-e-Shariat-e-Muhammadi (TNSM) as a successor, an organization founded by Sufi Muhammad. The entire area of Swat was hit by the worst attacks after the formation of the Awami National Party-Pakistan People’s Party coalition government in the province after the 2008 elections. The highest number of suicide attacks after Waziristan and Peshawar were carried out in Swat, which was 46 to be counted. According to a report, between 2008 and 2013, around 500 people, especially political activists, including 270 security personnel, were targeted in Swat. A peace agreement was also signed between the militants and the government known as Swat Peace Agreement, but it was broken by an open announcement during a public gathering.
Meanwhile, with the increasing number of terrorists attacks, the police and other institutions of the provincial government became helpless, and it took a toll on the government employees alike. This situation continued in the newly-merged districts and other areas of the province as well. In the last few months of the year 2008, the state writ had been limited in Swat, and the people were left completely at the mercy of the Taliban.
Pakistan Army launched Operation Rah-e-Haq, spanning from October 24-December 8, 2007. From April 2009 to June 2009, Operation Black Thunderstorm was launched in Mingora, Buner and Shangla in order to clear these regions from the control of Taliban. Similarly, Operation Rah-e-Rast was launched in May 2009, which was led by the then Army Chief, General Ashfaq Parvez Kayani himself and this operation is considered to be the most successful operation of the war against terrorism. The federal and provincial governments stood behind this historic operation and took formal ownership of it to restrict the control of Taliban in the whole Malakand division. Four months later, Pakistan army restored the writ of the state in Swat district, after which many minor operations were conducted at least once a month. The army not only evacuated more than 2 million civilians safely and resettled them in the designated areas, but also ensured the return of the victims by completing such a massive operation in a short period of 3 months, which was appreciated globally. The military leadership not only paid full attention to the rehabilitation and reconstruction of the victims, but also repaired the damages with the support of the international community and provided all the necessary facilities to the people by reconciling the infrastructure in a record time. The result was that the area was cleared of terrorists. Their hideouts were destroyed and scores were either killed or arrested. During the operation, some militants took refuge in to Afghanistan, from where they continued to attack Pakistan along with other groups. 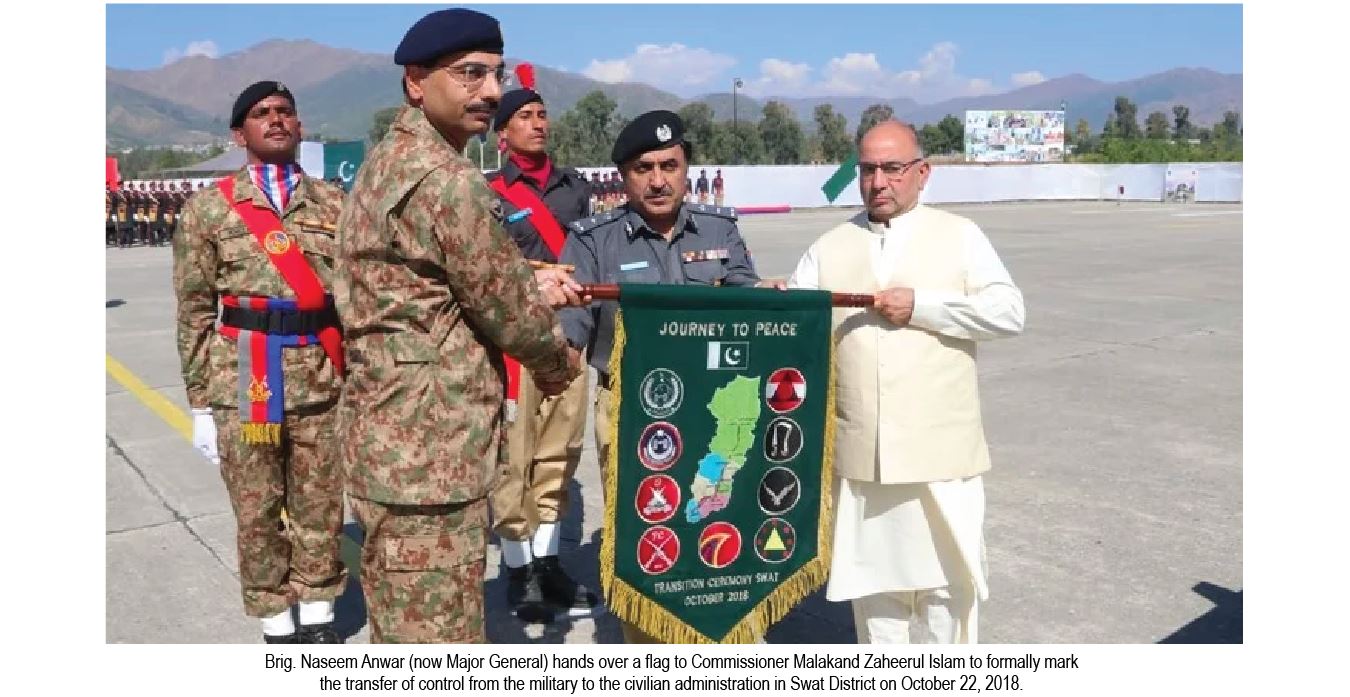 In an effort to attain positive (sustainable) peace in the region, a deradicalization program worth 4.4 billion was launched by Pakistan Army in 2009 with the support of the provincial government. This program was a sum of three projects, namely: Sabaoon, Mishal, and Sparlay.

However, mere elimination of terrorists meant securing only negative peace in the region, thereby in an effort to attain positive (sustainable) peace in the region, a deradicalization program worth 4.4 billion was launched by Pakistan Army in 2009 with the support of the provincial government. This program was a sum of three projects, namely: Sabaoon, Mishal, and Sparlay. Sabaoon dealt with individuals below eighteen years old or juveniles, gave them formal education, beside psychological and vocational training. This project also helped repair houses damaged by the conflict. 400 individuals have been reintegrated into the society through this project so far. Mishal dealt with extremists above eighteen years old. Here, low-cadre militants were identified who were directly involved in the sabotage, offered with psychological therapy and were released with financial support to pursue renewed livelihoods. Meanwhile, Sparlay focuses on the family members of detained persons.
Besides Pakistan Army's endeavors towards deradicalization, it has played a monumental role in repairing Swat's infrastructure, including, inter alia, repairment of homes, buildings, hotels, bridges, shops and roads, which were severely damaged by the militants on the one hand and counterinsurgency operations against the Taliban on the other. According to an official handout, the army has undertaken construction of 49 educational institutions, two health centres and 24 water supply schemes in Swat. Completion of Sheikh Khalifa bin Zayed Al Nahyan Bridge over Swat River, establishment of University of Swat in Mingora, women sub-campus of Swat University, Agriculture University in Swat, University of Engineering and Applied Sciences Swat, and Paed hospital of estimated costs 1.8, 0.894, 3, 7.9, and 1.6 billion respectively. Construction of Swat Expressway at a cost of Rs. 36 billion and the ongoing work on the Mohmand Dam, are some of the notable works, among others, undertaken by Pakistan Army to revive and bolster Swat's infrastructure and socioeconomic development in the post-conflict and post-2010 floods setting.

Besides Pakistan Army's endeavors towards deradicalization, it has played a monumental role in repairing Swat's infrastructure, including, inter alia, repairment of homes, buildings, hotels, bridges, shops and roads, which were severely damaged.

Furthermore, Pakistan Army has also arranged numerous festivals at Mingora, Kalam and Malam Jabba to spread the voice of peace, restore the tourism sector and the promotion of better and sustainable income for the local communities, that would translate into sustainable peace in the region. Revival of skiing at Malam Jabba and organization of a festival titled Aman Festival (Peace Festival) at Kalam are known to be the flagship peacebuilding activities, jointly undertaken by Provincial Reconstruction, Rehabilitation and Settlement Authority (PaRRSA) and Pakistan Army.
When a new government was established in the province as a result of the 2013 election, the attacks continued unabated despite its manifesto of banning drone attacks and conciliatory standpoint. Another significant undertaking was that the limited military forces were withdrawn and the checkposts that were meant to handle post-operational security matters were abolished. This policy was adopted in many other areas as well.
The transfer of administrative and security powers to the civilian authorities began in April, 2018 and culminated on October 22, 2018 in a final handover ceremony, at Saidu Sharif airport. During the ceremony, the then General Officer Commanding (GOC), Major General Khalid Saeed lauded the rehabilitation efforts of the army and thanked the people of Malakand Division for standing shoulder to shoulder in defeating the menace of terrorism. Brigadier Naseem Anwer (now Major General) handed over civilian powers to Commissioner Malakand Division, Zaheer ul Islam.
Recently, however, in the wake of the August 9, 2022 incident, wherein a Deputy Superintendent of Police (DSP) and a Major were held captive by TTP militants, many people, including elders and elected representatives in Swat complained about the resurgence in militancy and extortion cases in Swat. Following these developments, security forces restarted small-scale operations in Swat, Khyber Pakhtunkhwa, targeting the presence of militants in the mountains of Swat, most of whom have been totally quashed and their hideouts obliterated by Pakistan Army.
Commander Peshawar Corps also visited Swat twice, initially in September and later in October 2022, assuring all the stakeholders that the Army will do everything possible to ensure that no one takes law in their own hands, disturbing the hard earned peace and economic activities vital for the livelihood of the local population. Tribal elders, in turn, have also assured that they will fully support the security forces and other Law Enforcement Agencies (LEAs), indicating that the people of Swat and the Armed Forces are on one page concerning the fate of Swat.
The army had to deal with the situation that arose in the months of September and October 2022. If this had not been done, the situation might have become out of control. It is also important to mention here that during the years 2010 and then 2022, when Swat and the adjacent areas were engulfed by the worst floods, Pakistan Army played a major role in dealing with it. A few steel bridges out of the many suggested by the Army on an emergency basis after the floods of 2010 have been constructed, while a few are under construction, which once completed, would prove beneficial in the future.
Apart from these measures, Pakistan Army also worked towards the construction and maintenance of educational institutions, roads, communications and hospitals. In this regard, the example of Swat Cadet College can be given where thousands of students are getting quality education. Dozens of rehabilitation centres were established, scholarships were awarded, and talented young people were given opportunities to advance.
In order to deal with the current challenges, it is imperative that all stakeholders join hands and encourage the national security institutions to face the threat through joint efforts. It is crucial that the civil administration evaluates the lapses in the civil security apparatus and enhance the capability to curtail the terrorist attacks. A thorough effort must be carried out by the civil administration in terrors of capacity building so as to ensure that economic, social and political peace prevails in the district. Otherwise, the terrorists could use space created by the security lapse to gain ground and sabotage the hard-earned peace by the Armed Forces.

The writer is a senior journalist, author and analyst based in Khyber Pakhtunkhwa.
Email: [email protected]