The Curse of Overpopulation

The burgeoning population of Pakistan has made it the third largest contributor to world’s population growth. The exponential growth has dire consequences ranging from threats to national security to social issues. 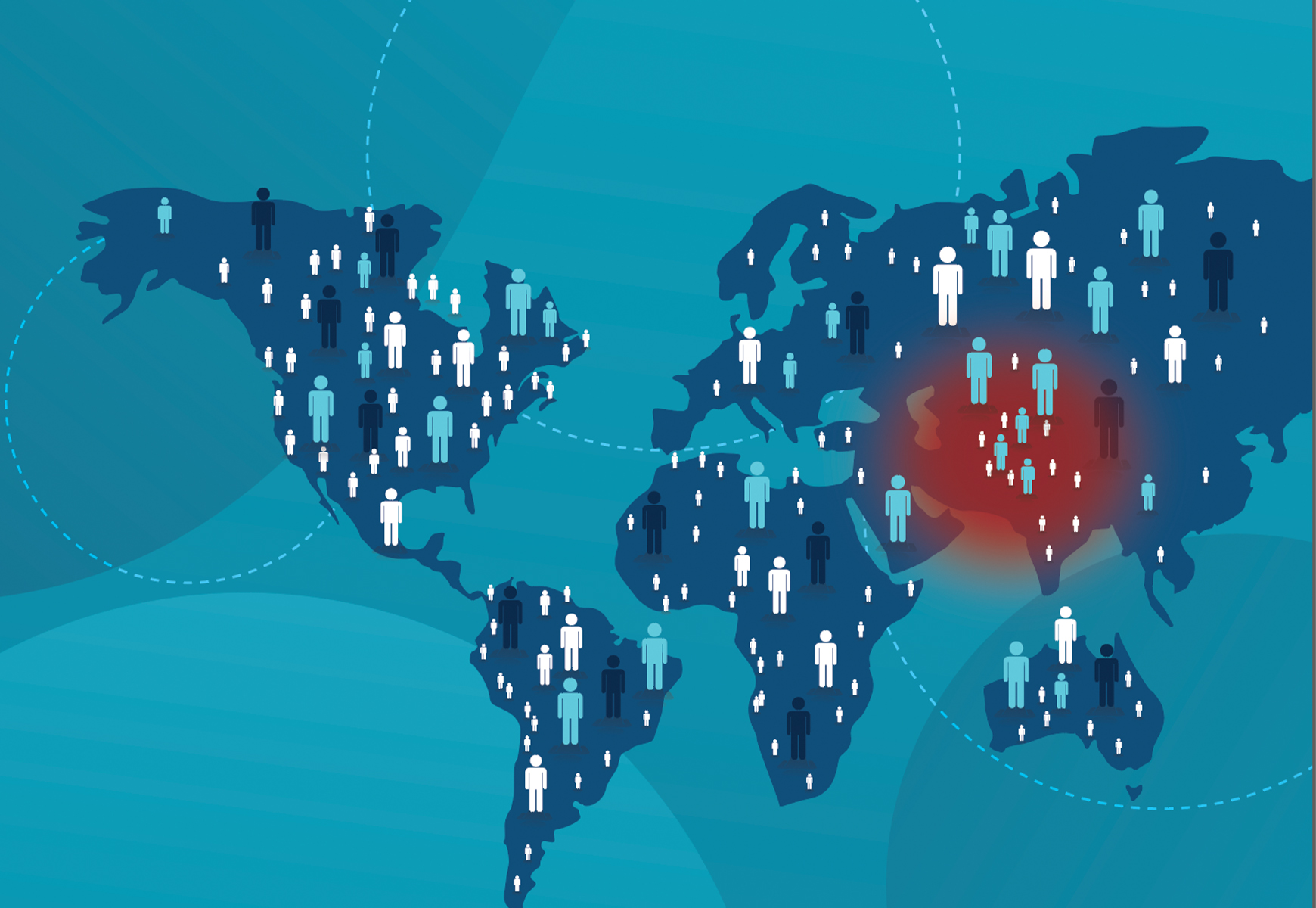 Population in Pakistan has consistently increased since its independence mainly as a result of high birth rates. Although efforts have been made by several governments since 1953 to bring down the birth rate, they have failed to arrest this dangerous trend. The country's population has ballooned from nearly 33 million in 1947 to about 240 million or more, an exponential increase resulting in extreme pressure on all sectors of the economy, social development, services, and environment. Overpopulation is one of the key issues in Pakistan as it is now the fifth most populous country in the world.
According to the United Nations World Population Prospects 2019, Pakistan’s population is projected to reach 262.96 million in 2030 and increase further to 338.01 million in 2050 and 403.10 million by 2100. This means there will be an overwhelming increase in population with no rational and welfare-oriented strategy to deal with it.
On the international front, Pakistan had pledged to work towards achieving universal access to reproductive health and increasing Contraceptive Prevalence Rate (CPR) to 55% by 2020, but in reality, we are far behind even after the lapse of over 2 years of the 2020 deadline. Are we prepared to face the dire consequences of this collective failure of the nation to put in place and implement effective birth control strategies and provision of requisite education and reproductive health facilities? I am afraid the answer is no.
Pakistan has a fertility rate of 3.4 births per woman according to the global fertility rate 2022. It is increasing by approximately 53 million annually and now ranks second last in the world on social development and is the third biggest contributor to world’s population growth. With a large youth bulge and a rapidly increasing number of people about to enter the reproductive years, the population will grow rapidly in the near future.
There are serious consequences of this unbridled population increase and has, therefore, rightly found its way into the National Security Strategy as one of the elements of threats to national security. The population explosion may wreak havoc with food security and cause famine, meagre job opportunities can lead to large-scale unemployment and add to poverty, the rise of social evils like theft, robbery, murder, kidnapping for ransom, and most people would remain devoid of basic rights and utilities like education, water, gas, electricity, homes, and proper healthcare. This may cause an increase in social strife and frustration leading to violence and extremism in the society.

Pakistan is ranked 161 among 192 countries on the Human Development Index (HDI). According to the current statistics, half of the population has no access to basic health facilities and sanitation. 17 million people have no clean water; proficiency rate remains stagnant at 60%. Pakistan also ranks at the bottom of the Gender Gap Index; the rate of unemployment has increased by 6.5% and 21.9% of the population is living below the poverty line. Pakistan’s population has often been referred to as a ticking time bomb–one that is interconnected with multiple threats.
We must realize that overpopulation is a menace causing depletion of the limited available resources. If the population keeps on enlarging, exhaustible natural resources such as arable land, freshwater, fossil fuels, and forests will continue to drop sharply. This would create competitive demands for vital life-sustaining resources and contribute to an incredible decline in the quality of life. According to a study by the UNEP Global Environment Outlook, excessive human consumption of naturally occurring non-renewable resources due to overpopulation can outstrip available resources in the near future and remarkably deplete them for the future generations.
The devastating effects on the environment and biodiversity, as seen in the devastating floods that had inundated one-third of the country and affected 33 million people, forcing the government to seek international help, cannot be over-emphasized. Climate change is definitely the major cause of these disasters, but overutilization of the limited resources of the land and capacity of the state along with deforestation to make way for housing and for meeting the increasing fuel needs, particularly in the mountainous areas have also contributed to the tragedy we are faced with today. The population has to be maintained at a level that is sustainable for the state.
Muslim countries with far bigger populations have been able to control their birth rate and are firmly now on the way to greater economic and social development; Indonesia and Bangladesh are a good case in point. What is very perplexing is that Indonesia actually borrowed our 1953 population policy and implemented it in letter and spirit, winning the International Population award in the early 1990s. The first step taken by Indonesia was to seek help of the clerics through Friday sermons, a practice very effectively used in the Middle East and Gulf states as well. The clerics can be used by the state to create awareness about the problems of overpopulation and propagate the spirit of the religion and convey that Islam focuses on accountability–tending to children, their well-being, and proper growth, which should also be considered while planning. Through the sermons of clerics, we can construct collective consciousness about the importance of family planning.

Rationalization of the growth rate in accordance with our resources and the finalization of a comprehensive and coordinated strategy is an urgent requirement. We must address rapid population growth within the development framework while emphasizing the importance of inter-sectoral collaboration for a multidimensional focus.

Some other major causes include the lack of education on reproductive health and proper availability and use of contraceptive measures–topics that are still taboo in our society. Chapters on reproduction and sex education are ripped out from the imported books and these important issues find no place in Pakistani textbooks. Due to the lack of literacy in some areas, people are unable to comprehend that we cannot continue to reproduce at this rate. There is an urgent need to introduce a proper course on the reproductive health of both men and women in our curriculum. Reproductive health is a basic human right.
The problem can also be surmounted through an awareness campaign on social media which is the strongest source. Awareness teams with proper guidance regarding population explosion must be sent across the country immediately by the Government of Pakistan. Early marriage and the immediate pressure of relatives on young couples to produce an heir–a boy–is another hindrance.
Rationalization of the growth rate in accordance with our resources and the finalization of a comprehensive and coordinated strategy is an urgent requirement. We must address rapid population growth within the development framework while emphasizing the importance of inter-sectoral collaboration for a multidimensional focus. Failure to thrash out and implement a well-articulated and clear strategy and to ensure its implementation will continue to negatively impact all efforts to bring our country out of the abyss of underdevelopment and prepare it to face the requirements and challenges of the 21st century. Moreover, in order to overcome its population crisis and fulfill its international obligations, Pakistan needs to lower its population growth from 2.4% per annum to 1.5% per annum by 2030.
If Pakistan can defeat Polio, terrorism, and COVID-19, we can definitely defeat the curse of overpopulation. All we need is similar conviction, commitment, and courage.

The writer has served as an Ambassador to China, the European Union, Belgium, Luxembourg and Ireland. She has also authored and edited several books including Magnificent Pakistan, Pakistan-China All Weather Friendship, and Lost Cities of Indus.
E-mail: [email protected]