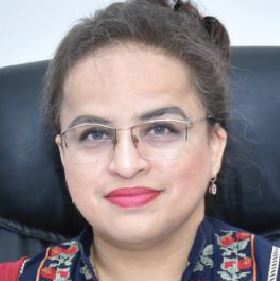 Russia-Ukraine conflict catapulted India into a foreign policy crisis. With time-tested strategic ties with Russia, the growing relations with the west, the space to maneuver in the divisive geostrategic environment leaves India with fewer policy options.

Since its independence, India is following a policy of non-alignment to pretend as a neutral state actor. Historically, this policy augured well in favor of India as it was able to fetch aid and support from both blocs (USA and Soviet Union) to become the optimum beneficiary of Cold War politics. However, the Russia-Ukraine conflict has forged a complex scenario not only for India but for international security as well. Once again a clear divide between likeminded states has emerged, primarily between the West and Russia. For a change, both blocs want their friendly states to stand by them instead of playing the neutrality card. This makes it difficult for India to follow its traditional course of foreign policy.
India’s Minister for External Affairs, Mr. Jaishakar, while addressing the Indian Parliament stated that India’s position on Ukraine crisis is based on six principles: cessation of violence, dialogue and diplomacy, respect for territorial integrity and status quo of global order, access to humanitarian assistance, India providing humanitarian assistance, and remaining in touch with Russian and Ukrainian leadership. Furthermore, India encouraged both parties to resolve the conflict through bilateral dialogue. This advice is contradictory to India’s strategic behaviour in South Asia and approach towards peaceful conflict resolution with neighboring states, especially with Pakistan.
As soon as Russia-Ukraine conflict escalated, India tried to maintain balanced relations with all actors involved, such as Russia, Ukraine, and the West. The immediate interest of India was the safe return of Indian citizens from Ukraine without compromising the restrained and neutral policy line. Indian Prime Minister, Mr. Narendra Modi, made several calls to Russian president since the war began. Their first call was made right after a few hours of the eruption of hostilities. Modi urged the Russian president to cease violence while emphasizing on diplomacy and dialogue to resolve differences with Ukraine. Indian premier made a similar call to Ukrainian president as well and expressed his concerns over the loss of civilian lives. Most importantly, Modi did not criticize Russia during these conversations. Not only this, in order to assert its neutrality, India chose to abstain during United Nations resolutions on Russia-Ukraine war.
India-Russia Bilateral Ties
India and Russia have a compatible relationship for several decades based on common interests and a common world view. They made this convergence of interests official in 1971 with the signing of Treaty of Peace, Friendship, and Cooperation. It is noteworthy that since then “balancing China” has been a common interest for both states, especially after India fought a war with China in 1962. Indian strategic culture indicates that if a state is weaker than its enemy, it should forge alliances to balance the power and pool resources to achieve greater strength. This mindset led India to seek and strengthen its alliance with Russia to counter the perceived Chinese threat.

Now, Russia and India are tied together in complex interdependence, making their relationship mutually beneficial. For example, Russia is India’s biggest defense supplier and resultantly India is the world’s largest buyer of Russian weapons. To date, Indian strategists consider defense cooperation with Russia as fundamental to counter Chinese threat and restrain its rise. Russia is the source of around 50 per cent of the weapons used by the Indian armed forces. Indian military’s reliance on Russia has been measured and evaluated by various defense surveys across the globe. According to Stockholm International Peace Research Institute (SIPRI), Russia’s share of India’s defense imports is 46% and India received 28% of Russia’s defense exports. Both states have also signed a deal worth USD 5.43 billion for the S-400 air defense system. India imported goods worth $6.9 billion from Russia in 2021, mainly mineral oils, fertiliser, precious stones, and nuclear technology. Its exports to Russia stood at $3.33 billion, ranging from pharmaceutical products to tea and coffee. It is noteworthy that Russia’s share has dropped to 49% from 70% due to India's decision to diversify its portfolio and boost domestic defense manufacturing.
Similarly, India has cordial and cooperative relations with Ukraine as well. Ukraine is an important partner of India for cooperation in the realm of technology. Indian naval warships are dependent upon Ukrainian gas turbine. During this recent crisis, India provided 90 tons of humanitarian assistance to Ukraine. Indians comprise 24% of total international students studying in Ukraine. With the help of Ukrainian government, India evacuated its 2250 citizens from the country after the war started.

Mr. Daleep Singh, Deputy National Security Advisor for International Economics U.S., made it clear to Indian officials that it’s not in India’s interest to accelerate or increase imports of Russian energy and other commodities.

West should not ignore the fact that Russia and India are strategic partners, just like U.S. and India. Both countries have a similar orientation towards the international politics, such as they support multipolar balance of power. West cannot ignore the fact that according to international institutions, India is sliding down on the democratic index and has become an electoral autocracy.  India has evolved as a radical and socially polarized society on the basis of religion and ethnicity. Therefore, liberal democracy in Ukraine doesn’t concern India. Famous strategist Chanakya Kautilya wrote that friends close to one’s borders are better than distant friends. Over the years, both countries have transformed their geographical proximity into strategic proximity. That is why policy preferences are appreciated by Russia when during a meeting between the foreign ministers of Russia and India in Delhi, Russian foreign minister praised India for not viewing the conflict in Ukraine in a “one-sided way.”
Despite international sanctions, India chose to continue imports of Russian oil, rather with the rise in oil prices, it increased its energy trade with Russia on subsidized rates. As the result, Mr. Daleep Singh, Deputy National Security Advisor for International Economics U.S., made it clear to Indian officials that it’s not in India’s interest to accelerate or increase imports of Russian energy and other commodities. Moreover, after the supplies of edible sunflower oil halted from Ukraine, India chose to buy it from Russia to address the shortfall of sunflower oil in the domestic market. Not only this but India bought edible sunflower oil on a record high price as per Indian newspapers.
India’s massive dependence on Russia does not allow India to pursue an independent foreign policy.  Historical trends indicate that “India’s Neutral Foreign Policy” means tilt towards Russia. However, India is still reluctant to explicitly support Russia unlike China. China termed Russian stance as “legitimate” while supporting Russia. Till now, India manages to remain more neutral than China. But this scenario raises more questions, such as what would be the future of India-Russia strategic partnership, with China coming closer to Russia. Where would India stand if its close ally Russia befriends India’s competitor China? Or will India allow Russia to tilt strategic balance in favor of China? And to restrain Russia-China partnership, would India put its strategic with the West on stake? There is no doubt that any such development would have a strategic impact on the international security calculus.
India and the West
Indian foreign policy behavior towards the Russia-Ukraine conflict is not sitting well with the West. The West does not want India to ally with the Russia-China camp. Due to its economic interests, India cannot brush aside the Western concerns and demands. The bilateral trade between India and the U.S. is $150 billions, compared to $8 billions between India and Russia. These trade statistics indicate their mutual financial interdependence. The probability of these states keeping their difference below the boiling point is higher than them indulging in any spat on Russia-Ukraine conflict.

India’s military cooperation with Russia, strategic partnership with the USA, QUAD membership, trade ties with the west and threat perception from Pakistan and China, have constructed a complex paradigm for Indian policymakers.

The writer is Executive Director at the Center for International Strategic Studies, AJ&K and the author of Shaking Hands with Clenched Fists: The Grand Trunk Road to Confidence Building Measures between Pakistan and India.
Email: [email protected]