Pakistan has one of the world’s largest aquifers (fourth after China, India and the USA). This is the most reliable resource as it provides more than 60% irrigation water, over 90% drinking water and almost 100% water used in the industry. The number of tubewells has increased from 0.2 million to over 1.2 million over the last two and a half decades with countless number of small to large size tubewells installed at the household and industrial level. Groundwater has played a major role in increasing the overall cropping intensity in Pakistan from about 63% in 1947 to over 170% in 2021.
In the absence of any regulatory framework for groundwater use, indiscriminate drilling and operation of tubewells, water tables are depleting in more than half of the canal commands and in almost all urban centres. This phenomenon is more common in the central and lower parts of the doabs (the area between two rivers) and towards the tail ends of all the canal commands. The depleting aquifers have caused a manifold increase in tubewell installation and operational costs.
In a recent article1, we have shown that climate change and its variability is resulting in extreme events of floods and droughts. One major outcome of climate variability is urban flooding as recently witnessed in Karachi, Lahore and Islamabad. It is obvious that groundwater provides resilience against extreme climate events for which it is essential that the resources be managed sustainably by maintaining balance between abstraction and recharge. However, under the current scenario, it is hard to reduce the abstraction due to competing demands for various sectors, which makes increasing recharge as the only option to bring about balance between abstraction and recharge.
Recharging Aquifers
The increased climate variability is resulting in wet years/seasons becoming wetter and dry years/seasons becoming drier. Most parts of the country receive heavy rainfalls in the monsoon months of July to September with scanty rains during the rest of the year. Due to changes in land use patterns, catchment modification and urbanization, the flow velocities tend to increase with consequent decrease in lag time. This immediately turns runoff into flash floods, damaging infrastructure and causing loss to human life. Any activity that reduces the flow velocity and increases lag time can help in increasing recharge. Thus, it is important to develop vegetative cover by planting trees and grass in the catchments and in urban areas.
PCRWR’s Work on Rainwater Harvesting and Groundwater Recharge
Pakistan Council of Research in Water Resources (PCRWR) has initiated a number of rainwater harvesting and groundwater projects in the country. One such project is the construction of over 100 rainwater harvesting ponds in Cholistan desert. Following it, the Cholistan Development Authority also constructed an almost similar number of ponds in the desert. These ponds are a buffer against drought and provide resilience against climate change and variability. Similar kind of ponds have been constructed in D.I. Khan, Thar and Chagi Kharan deserts. 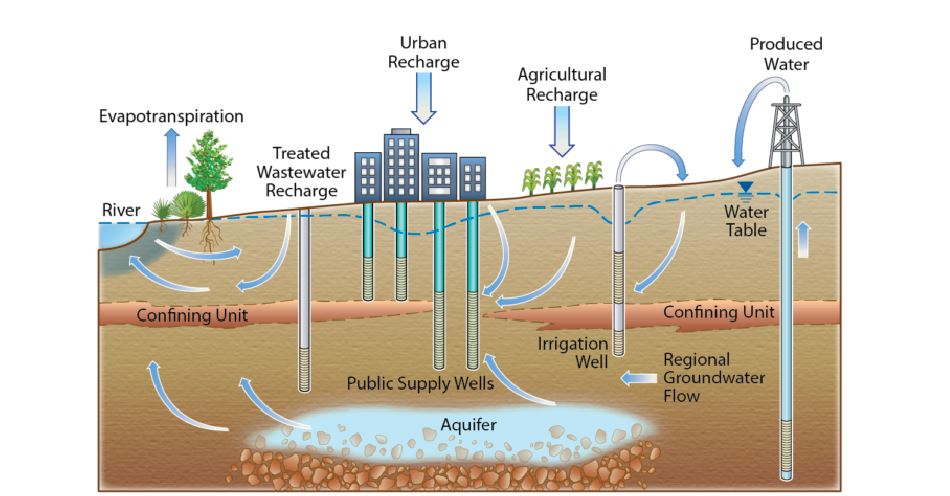 The Council has introduced simple, smart and cost effective recharging techniques in Balochistan such as leaky dams and inverted wells, etc. Unlike a delay action dam, a leaky dam slowly releases rainwater while trapping the sediment on its upstream side. The slow flowing water has more surface area to recharge the aquifer2. 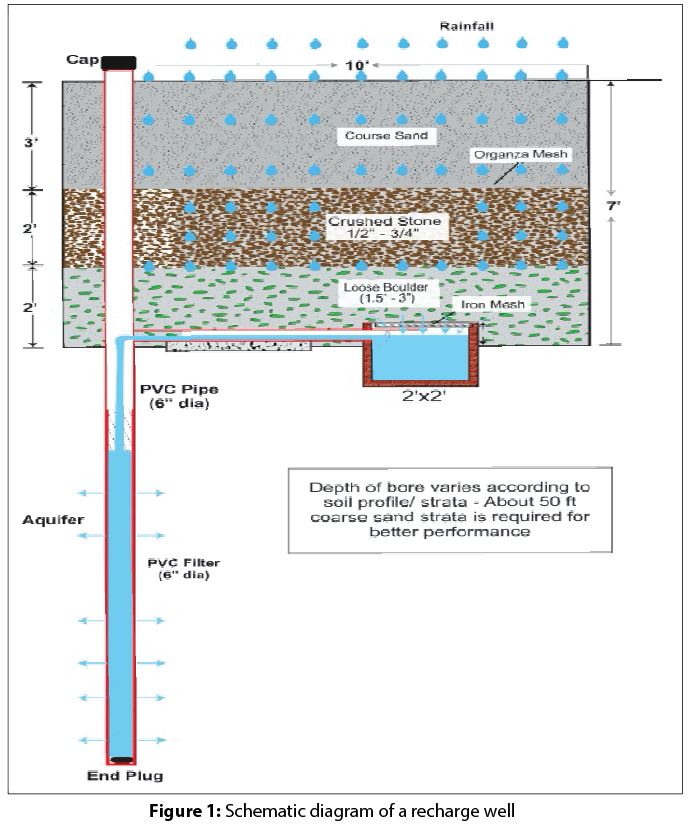