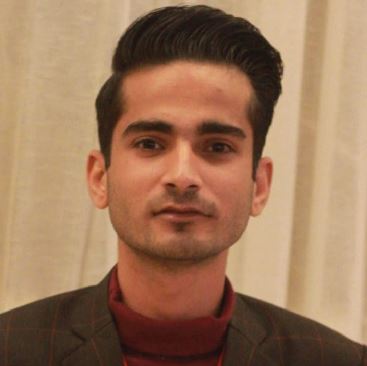 Fifth-generation Warfare and its Challenges to Pakistan Mehmood Ali Rakhshani

The tentacles of Fifth-generation Warfare against Pakistan have deepened, especially in Balochistan. The reports by EU DisinfoLab and the amplification of anti-Pakistan discourse by Indian electronic media, YouTube channels and fake Twitter handles show greater involvement in the province of Balochistan.

“For the present, we are at war and do not grasp the dimensions of the conflict.

Despite living in a globalized and interconnected world under complex interdependence, where states are practicing liberal norms such as free trade, and there are international institutions to ensure peace and maintain harmony among nations, however conventional conflicts can still occur. Besides, it is not the only method for destroying any country. The security climate of the 21st century is described by the idea of hybrid warfare.

The hybrid method of warfare is not a modern invention; it has been used as the most effective, influential, and powerful instrument in the war, thus favored by the advanced and globalized world. 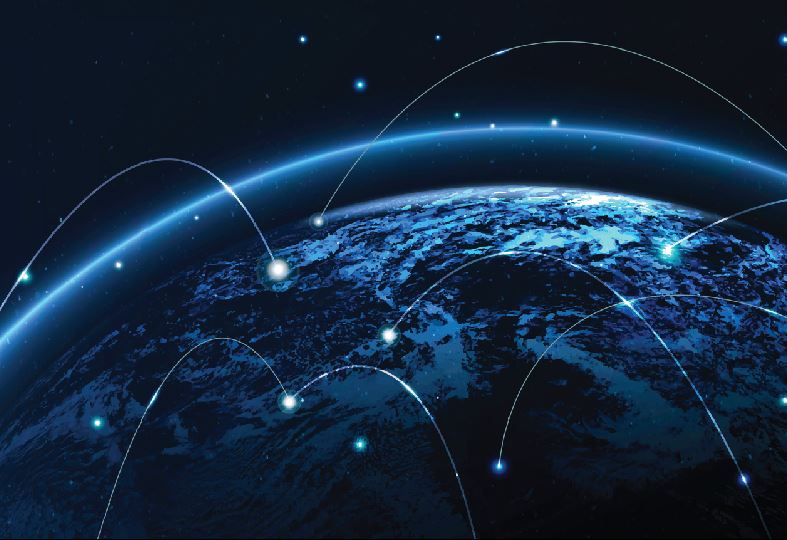 The hybrid method of warfare is not a modern invention; it has been used as the most effective, influential, and powerful instrument in the war, thus favored by the advanced and globalized world. Such type of warfare typically includes intelligence-based activities directed by state or non-state actors to instill instability and tarnish the image of an adversary. Such activities in the form of terrorism and misleading perception employed against any state may culminate in the religious, partisan, and racial premise in the social, political, and socioeconomic domains.
Moreover, the youth of Pakistan is being targeted by Fifth-generation Warfare. The enemy states spread misinformation and disinformation regarding economic and security aspects of different regions of Pakistan. The main focus of such campaigns is ethnic communities, religious sects and minorities residing in Pakistan.
As far as Balochistan is concerned, it is a significant geostrategic and geoeconomic hub of the country. The external hostile elements of the have been intruding in Balochistan since the very beginning in 1947. Professor Dr. Amir Muhammad Khan Jogezai – son of a tribal chief, Sardar Baz Mohammad Khan Jogezai, who was one of the close companions of Quaid-e-Azam Mohammad Ali Jinnah – describes foreign involvement in Balochistan in the following words: “It has become a battlefield among the major powers of the world and all these forces are impeding the socioeconomic development of Balochistan. Moreover, the province has seen externally abetted revolts followed by suicide assaults, and bomb blast attacks, and has been a victim of several waves of militancy.1”

The foes and rival states of Pakistan have been attempting to induce chaos and rebellion in the province to achieve their interests. Chasing after their odious plans, the adversaries have concocted schemes against Balochistan, focusing on it with instruments of Fifth-generation Warfare.

Meanwhile, Balochistan is at war, pursued by unfamiliar unfriendly forces. The province is being exposed to Fifth-generation Warfare. The foes and rival states of Pakistan have been attempting to induce chaos and rebellion in the province to achieve their interests. Chasing after their odious plans, the adversaries have concocted schemes against Balochistan, focusing on it with instruments of Fifth-generation Warfare.
During this modern age of digital media and artificial intelligence, many states are engaged in propaganda, specifically targeting the armed forces of Pakistan, along with foreign-funded NGOs which are working on mounting the anti-state discourse. Apart from this, different social media cells and media labs are busy in labelling all the global issues like inflation and unemployment with the tag of "only in Balochistan" and "only with Balochs", resulting in making the youth of Balochistan vulnerable and easy victims of getting brainwashed.
Additionally, our eastern neighbor India, has repeatedly tried to exploit the people of Balochistan by fueling separatist ideology, using its proxy networks, unearthed after the arrest of Kulbhushan Jadhev. New Delhi is also promoting and involved in doing black propaganda against the Pakistani state and its institutions. They have based their entire propaganda on the Indian narrative of the Chinese occupation and call developmental projects like China-Pakistan Economic Corridor (CPEC) “a debt trap”. This propaganda seems to go well with some sections the population, already estranged from the policies of the center on a variety of issues. At the same time, in the post-truth era, they have succeeded in obscuring the realities and efforts of our development agencies and the sacrifices made by our armed forces to maintain peace and stability in Balochistan. They have painted Foreign Direct Investment as an exploitative plan which is playing in their favor since the population is resultantly having strong emotions against Beijing and Islamabad.
Recently, the anti-Reko Diq2 campaign through protests was also the by-product of the Fifth-generation Warfare, where the Indian electronic and digital media along with militant groups were busy tagging the developmental project with the title of resource exploitation and a day after the agreement was signed between a Pakistani and Canadian company, surprisingly thousands of tweets were generated from our immediate neighbor, India, tagging the concerned company with the warning of immediately withdrawing from Balochistan, which was also announced as a so-called warning in a press release by Baloch Raji Aajoi Sangar (an umbrella organization of different Baloch sub ethno-nationalist groups), and amplified by Indian news channels, and social media pages along with anti-Pakistan campaigns running on Twitter.
Meanwhile, it no longer remained a secret after getting disclosed in a report of the EU DisinfoLab which exposed a disinformation campaign working against Pakistan, destroying its image in the international community, and destabilizing it internally by weakening civil-military relations and creating an atmosphere of lack of trust among the state, and individuals. According to a report by the EU DisinfoLab3 in 2020, 750 Indian backed websites were spreading hatred against Pakistan for the last 15 years, which were active in more than 115 countries around the world, with the prime objective of the promotion of anti-Pakistan content.

According to a report by the EU DisInfoLab in 2020, 750 Indian backed websites were spreading hatred against Pakistan for the last 15 years, which were active in more than 115 countries around the world, with the prime objective of the promotion of anti-Pakistan content.

Furthermore, the investigation revealed that fake news is created, repackaged, and distributed via ANI in Brussels, Geneva and around the world, obscuring local media networks in at least 97 countries and denying countries in conflict with India. It turns out that the online content is increasing.
Similarly, there are a few other channels and digital newspapers like The Balochistan Post, operating from Germany, which are indulged in fueling and amplifying the anti-state, banned organizations’ propaganda. They exaggerate facts and are successful to some extent, creating many artificial issues in the guise of relative deprivation.
Fake reporting on the incident of the Panjgur and Noshki attacks were one of the best examples of it. Different Twitter handles operating from India using the names of Balochs were indulged in amplifying and spreading fake news about the incident. Apart from social media, prominent newspapers of India such as Hindustan Times started publishing editorials, articles in which they were glorifying the insurgents and their attack.
Recently, after the suicide attack by a female member of Majeed Brigade of a banned terrorist organization, Balochistan Liberation Army (BLA), overnight, literature was produced and published in such foreign-funded newspapers and digital media cells, where they started glorifying her act and hashtags like ‘Shari the legend’4 started trending on Twitter, which attracted thousands of tweets across the border.
Pakistan is currently fighting Fifth-generation Warfare, especially in Balochistan, where our rival states are trying to detract the youth. Meanwhile, when it comes to relative deprivation, it is not the prime reason behind the ongoing insurgency in Balochistan, but to some extent, it complements the issue in the shape of recruitment of youth in militant organizations. Recently, two alleged female suicide bombers, namely Noor Jahan and Habiba, were arrested from two different districts of Balochistan. According to the spokesperson5 of Balochistan government, both females were recruits of BLA and were assigned the task of aiming at a vehicle carrying Chinese citizens through another suicide attack. Such recruitments of Baloch women are also the result of exploitation of sentiments of youth of Balochistan by the external forces via anti-state discourse, created with the help of literature, fake reporting, and digital media, which is acting as a catalyst in the deterioration of national cohesion and integration.

All the developmental projects and government’s initiatives along with sacrifices and efforts of the armed forces for maintaining peace and harmony in Balochistan are getting overshadowed by the propaganda under the tactics of Fifth-generation Warfare.

There are a few factors that are acting as loopholes in current episode of Balochistan issue, such as apparent trust deficit between the state and Baloch youth and national cohesion. These core issues are serving the interests of our rival states and sub-ethno-nationalist groups.
All the developmental projects and government’s initiatives along with sacrifices and efforts of the armed forces for maintaining peace and harmony in Balochistan are getting overshadowed by the propaganda under the tactics of Fifth-generation Warfare. An example can be used of the recently released song “Waja” by Shahzad Roy. The song which was widely praised all over Pakistan, also drew some criticism from a few sections of Balochistan. In contrast, a song released by BLA’s media cell, on Shari Baloch (female suicide bomber), was widely criticized and despised all over the country. However, Indian media, sponsored YouTube channels and fake Twitter accounts tried their best to amplify the propaganda song, simultaneously making the views and reach look indigenous.
Pakistan needs to counter such prevailing dominant discourse in the youth of Balochistan. And it can be done through initiatives like strengthening civil-military relations and establishing Balochistan-centric think tanks and media labs to counter such black propaganda and discourse. Such initiatives can also contribute to adequate policy designing for the people of Balochistan and can generate true and positive literature for academicians and researchers, which can result in filling the research gap on Balochistan and its social, political, and economic conditions.