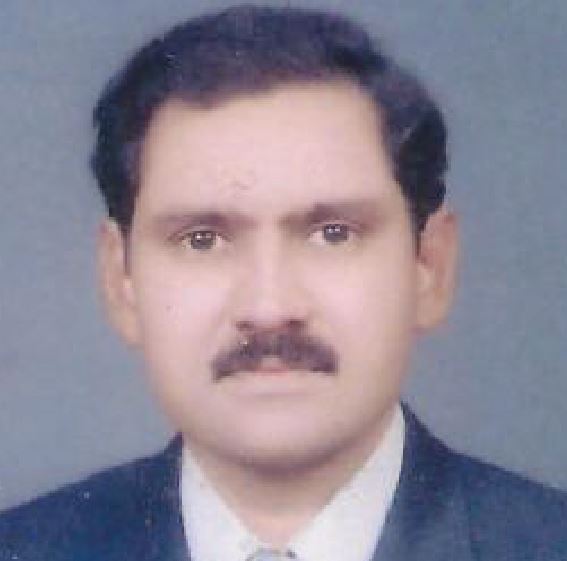 The acts of valor and bravery exhibited by Subedar Major Syed Abbas Zaidi (late) during the 1965 War highlight the spirit of love and affection for the motherland.

It was 1965, less than twenty years since independence, when the enemy challenged us. That was a war of our survival. Deafening thunder of the cannons was shaking the eardrums. Canons were operating to stop the sudden and undeclared attack of the enemy. Black out was ordered in the area, including the surrounding villages and the nearest city. Sirens of danger were sounded and upon hearing that, the remaining people of the villages and cantonment rushed towards the trenches. With the help of Military Police, Punjab Police and local volunteers of civil defense, announcements were already made for the local population of the villages to vacate their homes, as airstrikes were expected from the air force of the enemy. Although most of the population had left the area already, some people were still there. Only the military officials were performing their duties in the cantonment area and they were full of vigor, enthusiasm and love for their homeland. Such sentiments had never been seen before – sentiments to defend their homeland; whatever the situation and the price, they had to defend every inch of their dear homeland. The entire nation, from every nook and cranny of the country, from Khyber to Karachi, from the mountains of Chaghai and K-2, to the deserts of Thal, Thar and Cholistan, was united against the undeclared and sudden attack of India on our homeland, Pakistan. This battle took place in a famous city of Pakistan, Sialkot, and the particular place was Chawinda sector. It is said that after the Second World War, the largest and heaviest war of tanks was fought here and it was exactly this fight that was about to start. Pakistani tanks were arranging their positions, while the cannons were thundering to respond to the attack of the enemy. The military was standing in a beautiful formation.

The entire nation, from every nook and cranny of the country, from Khyber to Karachi, from the mountains of Chaghai and K-2, to the deserts of Thal, Thar and Cholistan, was united against the undeclared and sudden attack of India on our homeland, Pakistan.

Indian Army thought that Pakistan, in terms of area, was small compared to their country and it was also short of resources in military or from the defense point of view. India was much bigger in terms of resources, military, fighter jets and navy, so it could easily defeat Pakistan, but the Indians were unaware that the defense forces of Pakistan and the enthusiastic nation of Pakistan have the confidence and ability to defend their homeland in every situation and at every given time. The battle began and there was exchange of fire from both sides.
The supply of ammunition was also in progress. From the ammunition depot in the cantonment till the borders of the country, i.e., Chawinda sector, Army Services Corps (ASC) (MT) was performing its duty.
It was the third day of the Indo-Pak War 1965. ASC officers, Junior Commissioned Officers (JCOs) and Jawans were in action with zeal and zest. The great war of Armoured Corps was at its peak. The ammunition was loaded in military trucks and they were ready to leave for the border from Sialkot Cantonment, waiting for the orders of their incharge. It was pitch-black outside the ammunition depot. After receiving the orders, the convoy was ready to leave. A Subedar Major was driving the truck with the lights off due to blackout so that the fighter planes of enemy would not be able to locate the convoy of ammunition. The convoy left for its destination with the slogan Naara-e-Takbeer.
While driving the truck, Subedar Major was thinking how the nation was united to defend their homeland. It did not matter how strong the enemy may be, the mothers and sisters of the nation were praying for the defenders of the country, therefore victory was theirs.
Subedar Major remembers the day when the war started and he was at the Wazirabad Station to see his family off who were leaving for their native city. The elderly women at the railway station were praying for the Army officers and jawans who were arriving at the station from different cities to reach Chawinda sector. The Subedar was filled with pride.

It did not matter how strong the enemy may be, the mothers and sisters of the nation were praying for the defenders of the country, therefore victory was theirs.

Thundering tanks were making their journey towards the sector. In pitch dark, with the lights off, the journey was very difficult and hard, but not for the brave sons of the soil.
Suddenly, fighter jets of the enemy appeared in the sky and started firing at the convoy, targeting one faction of the convoy. The commander ordered to drive the truck faster so as to defend themselves and the ammunition. Anti-aircraft and machine guns continuously fired bullets while the trucks moved speedily. Unluckily, the truck which was being driven by the Subedar was targeted and bombs were fired near and directly at it. They were ordered to jump out of the trucks. When the jawans jumped out of trucks, some of them were badly wounded, and some sacrificed their lives on the spot. The Subedar received injuries on his leg, and blood was pouring out of his wounds on to the shin. Anti-aircraft guns fired bullets and the air attack was repulsed. The Subedar was laying in the fields with some of his companions. Due to extreme bleeding, he became unconscious. All the injured personnel were shifted to Combined Military Hospital (CMH) Sialkot Cantt in an ambulance. When the Subedar Major regained consciousness, he found himself laying on a bed at CMH, and saw his wounded soldiers being treated on the nearby beds. There, he came to know about the two soldiers who laid down their lives and became martyrs. He and his companion soldiers who were injured became Ghazi and war wounded.
This is the true story of my father, Subedar Major Syed Abbas Zaidi (late), who could not continue his service due to medical reasons and retired immediately after the war. He became an Honorary Captain and was awarded eleven medals (military). He led a pious life and passed away in the year 1996.
There are many stories of such brave soldiers who laid down their lives, became Ghazi, or were wounded in the war, but they defended their dear homeland whatever the cost.