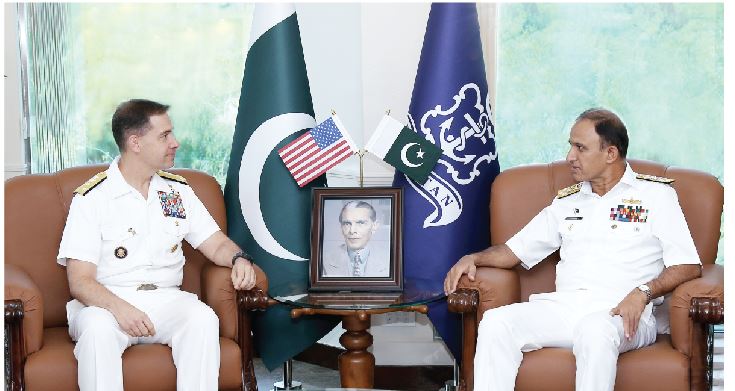 During the meeting, matters related to maritime security in the Indian Ocean Region and mutual interests including bilateral naval collaboration were discussed.
Pakistan Navy has been a regular contributor to the Combined Maritime Forces since 2004 and has also commanded the Multinational Combined Task Forces 150 and 151, eleven and nine times respectively.