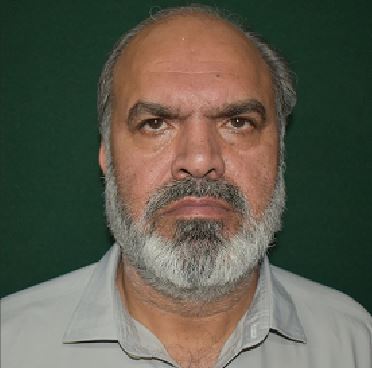 Climate Change and Dangers of Hydrocarbons

During a combustion process, hydrocarbon compounds react with oxygen (O2) and hydrogen (H2), thereby generating water (H2O) and carbon dioxide (CO2). Use of hydrocarbons in factories, thermal power plants, rail, road and aerial transport, therefore causes consumption of oxygen from the atmosphere and results in addition of water and carbon dioxide to their respective reservoirs. In the process of burning, one ton of hydrocarbons causes reduction of four tones oxygen in the atmosphere in the following manner:

▪ During the combustion of hydrocarbons, reduction in the mass of oxygen in the atmosphere is proportional to the utilized mass of hydrocarbons.
▪ During normal combustion and decomposition of plant and animal materials, including fuel and wood, etc., the quantities of H2O and CO2 produced are equal to the quantities consumed in photosynthesis and “the O2, CO2 and H2O cycle remains constant”.
The Creator maintains ecosystems and has created solar, animal, firewood, hydel, wind, coal, hydrocarbon and nuclear sources of energy. Solar is the prime source of energy, while on the basis of importance and friendliness – both for biotic and abiotic components of the earth’s ecosystems – the rest are arranged in descending order of utility. The strength of scientific and technological development explored hydrocarbons and nuclear forms of energy in the 20th century. Despite high risk for life on earth, dependence on hydrocarbons is increasing with each passing day which is the major reason for high concentration of carbon dioxide in the atmosphere and its subsequent role in climate change, particularly global warming (IPPC, 2007). For instance, atmospheric carbon dioxide as per the report of Mauna Loa research laboratory was 320 ppm in 1955, which 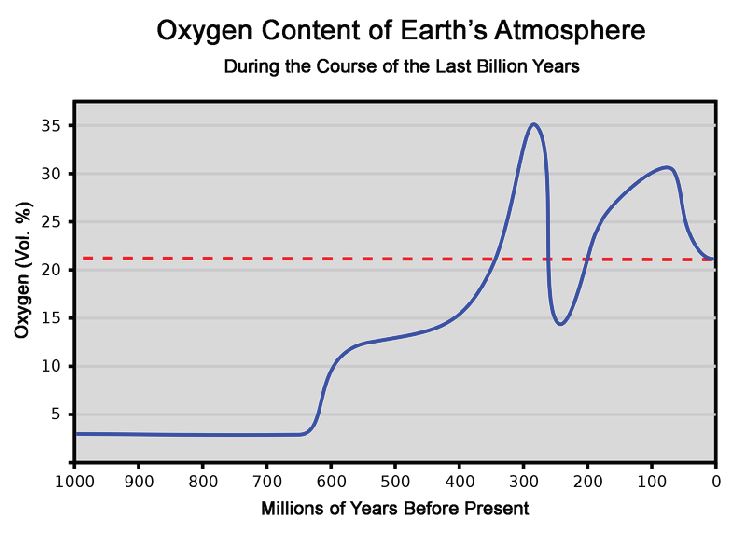 increased to 391 ppm by 2010, indicating an increase rate of 1.37 ppm per year, but in 2021, the CO2 concentration reached 416 ppm with an increase rate of more than 2.00 ppm since 2010.
Besides increasing CO2, atmospheric oxygen is depleting at an alarming rate. The reported sources for the loss of oxygen from the atmosphere are respiration and decay processes of living beings, chemical weathering of exposed rocks, formation of metallic oxide (rusting) and combustion of raw and fossil fuels, especially hydrocarbons. The burning of hydrocarbons is a serious cause of depletion of atmospheric oxygen because it consumes oxygen, which is non-retrievable through photosynthesis. The scientific evidences show that oxygen loss is about 1.2x1010 ton per annum due to combustion of fossil fuels (Walker, 1980). Although, the said report only accounts for loss of oxygen during combustion process of hydrocarbons, it ignores the oxygen transformed into water (H2O) simultaneously.
Once, earth had abundant reservoirs of free oxygen, but consistent reduction has been observed in the earlier life of the planet earth. Today, a very small portion (0.5 percent) is free oxygen found in the atmosphere and biosphere. The remaining 99.5 percent oxygen is found in compound state with other elements in the form of water, and silicate etc., found in the earth’s crust and mantle.
The unchecked use of hydrocarbons in modern industries is posing serious danger to the existence of life on the planet earth because it results in huge rate of reduction in the atmospheric oxygen.  Each ton of hydrocarbon combustion consumes four tons of oxygen, generates 2.75 tons of additional CO2 and 2.25 tones of H2O in addition to the existing water in its all reservoirs. The combustion of 5,000 to 10,000 billion tons of hydrocarbons and similar quantity of coal on the existing ratio of its utilization in the industrial, transport and power sector will lead to the following effects on O2, CO2 and H2O 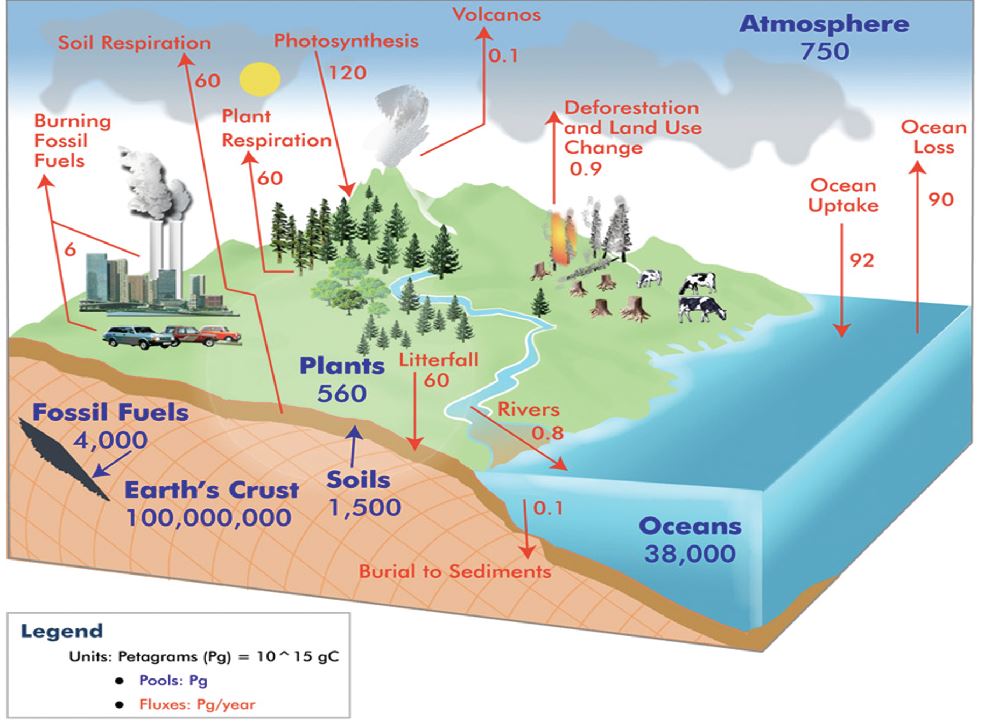 cycles.
The present utilization of 7.7 billion ton per year of carbon as result of hydrocarbons and coal combustion is reacting with 31 billion tons of oxygen converting into carbon dioxide and water. These processes will reduce oxygen concentration from existing 21 percent to 19.5 percent by utilizing 16,600 billion tons oxygen within the next 790 years out of its total quantity of 142,000 billion tons present in the atmosphere. Reduction of oxygen to 19.5 percent will lead to the extinction of humans as well as most of animal and plants species from earth. This may occur before 790 years if increase of carbon dioxide in the atmosphere continues at the present rate of 2ppm per year. As a result, respiratory diseases in humans as well as other animals and plants will cause extinction much earlier than expected.
The change in the O2 and CO2 cycles has significantly affected biodiversity as many plant and animal species are at the verge of extinction, i.e., Shisham, Quercus Deletata and Alnus Nitida etc and in some species, morphological changes have been observed, i.e., coppicing in Pinus Roxbugai (Chir Pine) at Dir.
Combustion of all available 5,000 to 10,000 billion tons of hydrocarbons will create additional H2O up to the maximum of 25,000 billion tons. This quantity of H2O is almost double the quantity available in the atmosphere and may result in severe greenhouse effect, and substantial increase in acid rains.
Combustion of hydrocarbons at the present rate of 7.7 billion tons per year will reduce oxygen in the atmosphere to a tune of 17,000 billion tons, declining resulting in a decline in its ratio from 21 percent to 19.5 percent and thus, many animal and plant species including human beings will no longer survive on the planet within the next 750 years.

Today, a very small portion (0.5 percent) is free oxygen found in the atmosphere and biosphere. The remaining 99.5 percent oxygen is found in compound state with other elements in the form of water, and silicate etc., found in the earth’s crust and mantle.

Recommendations
▪ Firewood and agricultural waste (sugarcane, wheat, cotton, and maze straw) are the safe energy sources and hence recommended for heating, cooking and can be used for electricity production in thermal power plants.
▪ Exploring hydel power potential of Pakistan for environment-friendly energy for use in the industries, running electric cars, and railway engines is the need of the day.