Youth and Our Cultural Identity

Pakistan is one of the fortunate countries which is experiencing a youth bulge. Youth within the age bracket of 15 to 29 years forms nearly 30 percent of the total population, out of which more than 50 percent are girls. On top of that, approximately 64 percent of our population is below the age of 30. That makes Pakistan a young nation, as compared to the aging population of many countries of the world. The statistical profile of our nation would prove to be a blessing if the potential of our youth is used through education and employment. It can, however, be a curse, if we fail to productively utilize their talent and energies in the right manner.
The world is evolving in to a global village; the physical exposure for the access of Pakistani youth to the global culture has improved tremendously. The ever-increasing virtual access to the western cultural industry through hi-speed internet has become a norm.
Pakistani youth is open to a variant global culture, which does not always overlap with the norms, values and ideologies of the host culture. Unless the Pakistani culture is comparably vibrant to absorb the creative energies of the youth, they can easily go astray and fall prey to the seductive appeal of the baser expressions of the western culture, while considering their own culture a hindrance in their personal growth. 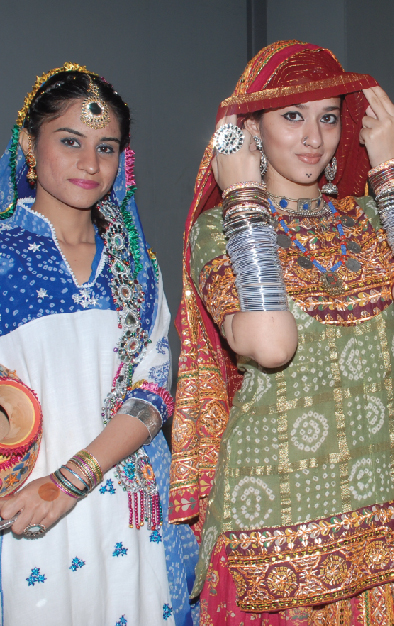 If the mother’s lap is the first seat of learning for her child, then the culture must be the pedestal on which the seat rests. As embodiment of core norms and values, culture is considered the backbone of any society. Inculcating respect for Pakistani culture among our youth is the only way forward for Pakistani parents and policymakers to keep their children’s sense of belonging and love for the country.
Otherwise, the dominant influences on the youth of Pakistan are exerted through international education and social media onslaught, which is driving them to abandon their own creative expressions of the culture and adopting alien cultural and moral values. The youth needs to take pride in their own cultural identity of being a Pakistani, while interacting with the people around the world.
Needless to say that on the other end of the spectrum, there is a rising tide of frustration among the underprivileged youth, caused by a perceived failure to achieve lifestyles of worldly success, flashed through cosmetic corporate advertising through art forms like films and soaps.
To bring the youth out of cultural alienation, we need to promote not only education of the Arts, but also education through Arts. Cultural learning takes place in the process of interaction and engagements, for which the opportunities are few and far between. The cultural events, such as art exhibitions and culture festivals have been reduced to a seasonal affair.
Pakistan needs to increase the range of opportunities available to its youth, to express themselves freely, through songs, music, dance, poetry, paintings and craftsmanship among other expressions, which are grounded in the cultural and ideological ethos of the country as well as in communication with the world of creative arts and expressions.  Being deep rooted with their cultural identity the youth of the country will be able to produce unique and creative outcomes which will not only distinguish them from other cultures of the world, but also will be a source of pride for them. A sensible Pakistani, firmly grounded in his own cultural expressions, will have respect for other cultures and religious expressions in the world.  This will allow our youth to learn to co-exist with cultural differences, while celebrating similarities instead of highlighting differences. With a solid cultural investment in the youth, such is the promise for a tolerant and progressive Pakistan to reemerge on the world map as a nation united by differences, rather than divided.

The writer is a historian who works for Center for Culture and Development, Islamabad.