Women make up 8% of the personnel of the People's Liberation Army (PLA). Women in PLA show the same valour and fortitude as their male colleagues. Today, they are not only serving in traditional roles or in supporting positions as medical workers, administrative positions, communication specialists, logistical support staff, politics, media and research, but have recently been seen taking up other positions in operations including operating tanks, anti-aircraft missiles, flying fighter jets and becoming members of Special Operations. 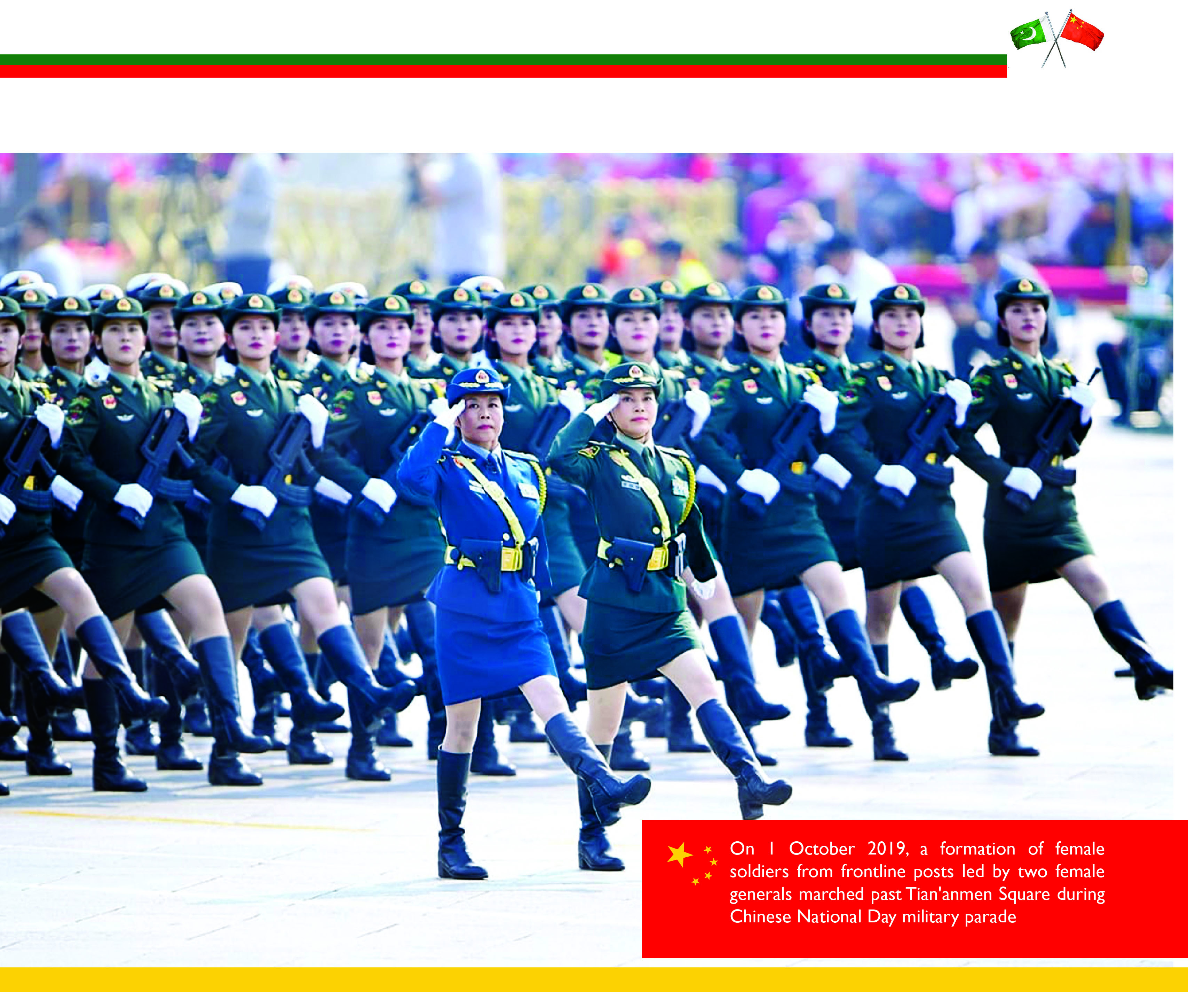 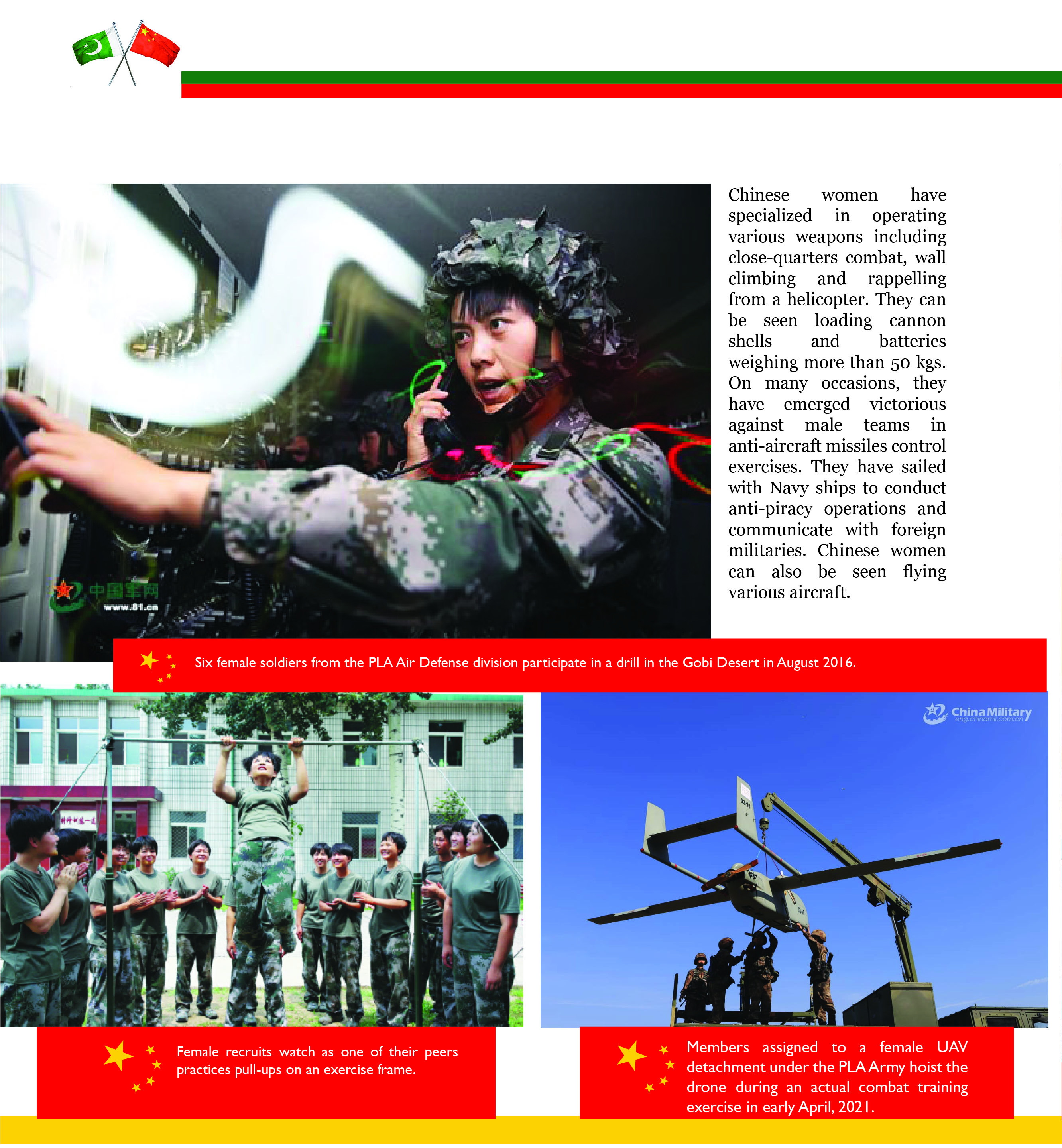 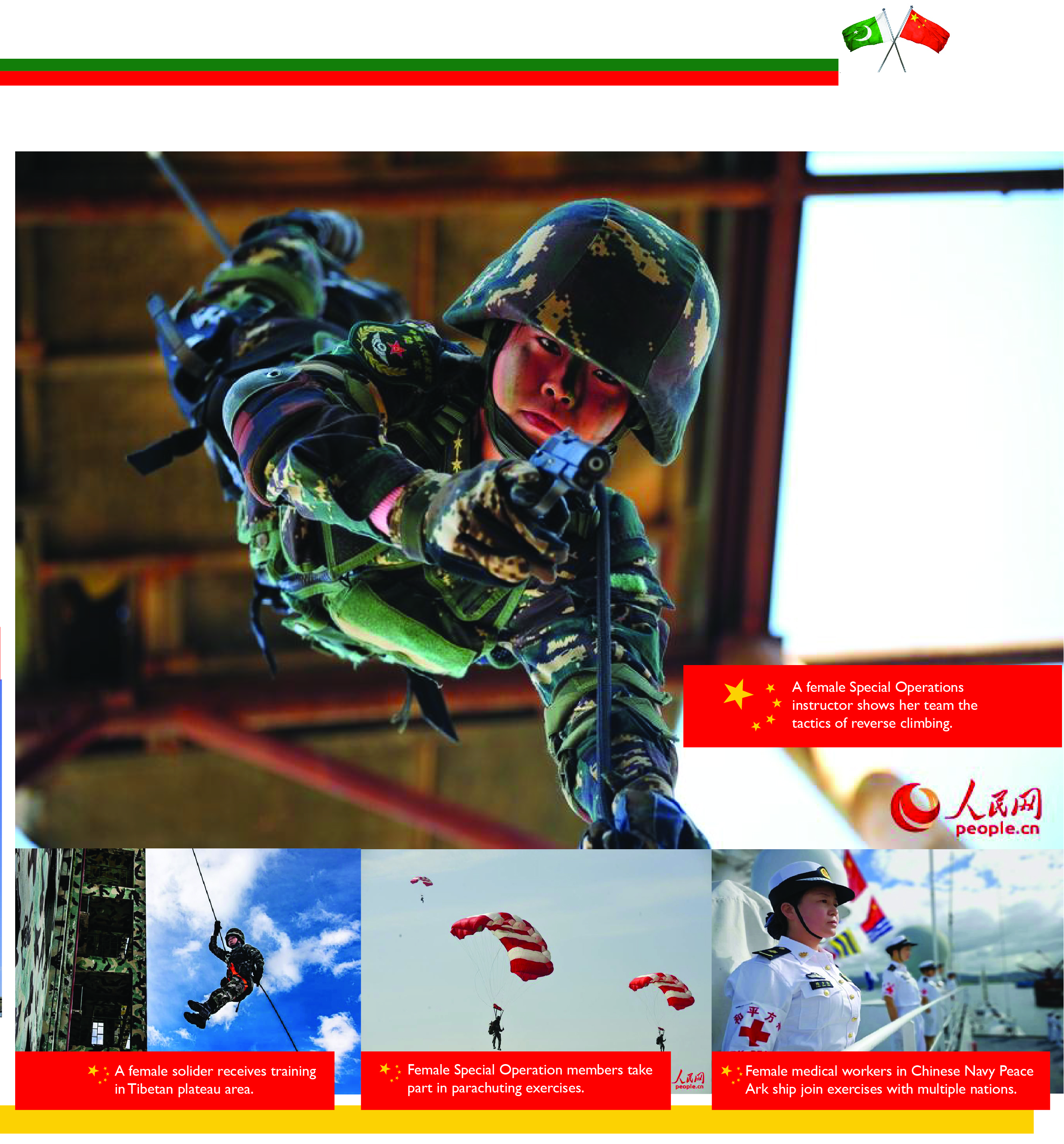 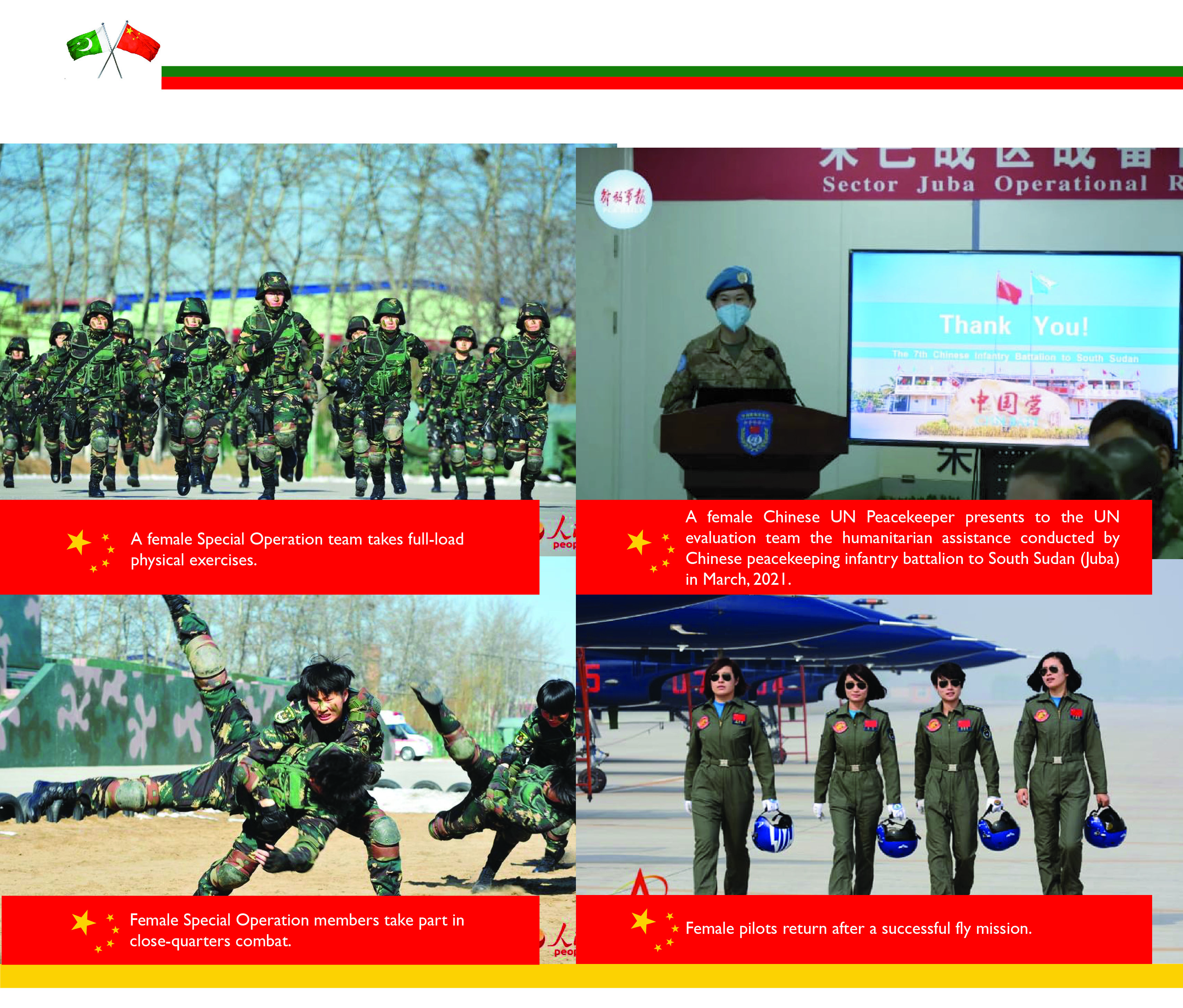 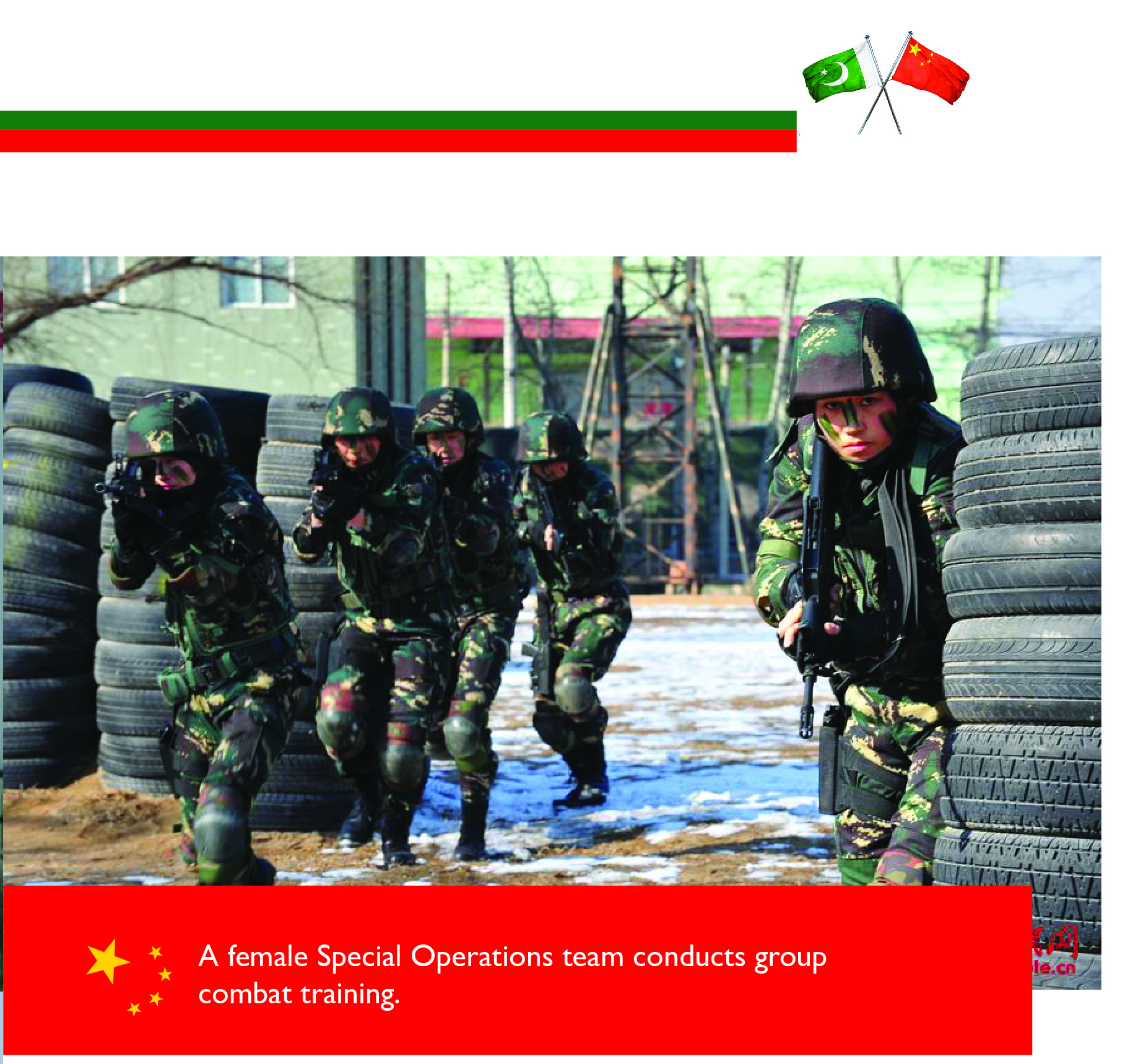 On October 1, 2019, a formation of female soldiers from the frontline posts led by two female generals marched past Tiananmen Square during the National Day military parade.
In the combat against COVID-19, thousands of female military medical workers took great risk to save lives. Major General Chen Wei, an epidemiologist and virologist specializing in biodefense, currently working the Academy of Military Medical Sciences, and an academician of the Chinese Academy of Engineering (CAE), played a leading role in making the single-dose CanSinoBio vaccine and has been awarded China's national honorary title, ‘People's Hero’ by President Xi Jinping. This proves that honor and medals are not only presented to men but also to women working in PLA.
As PLA vigorously modernizes itself, female soldiers and officers in PLA can be seen participating in all roles in the organization. This has allowed women to close the gender parity gap, and has provided them with better opportunities to serve and protect their nation. HH