Why Are We Obssessed With Weight

If you live or have lived in a South Asian household, you or someone around must have been the direct ‘subject’ of weight shaming. As awful as it may sound, the practice has become so pervasive that it doesn’t even look or sound offensive to the most of us.
Growing up in a Pakistani household and community is not always the easiest thing to do particularly for the young, impressionable teenagers. As unfortunate as it may sound, 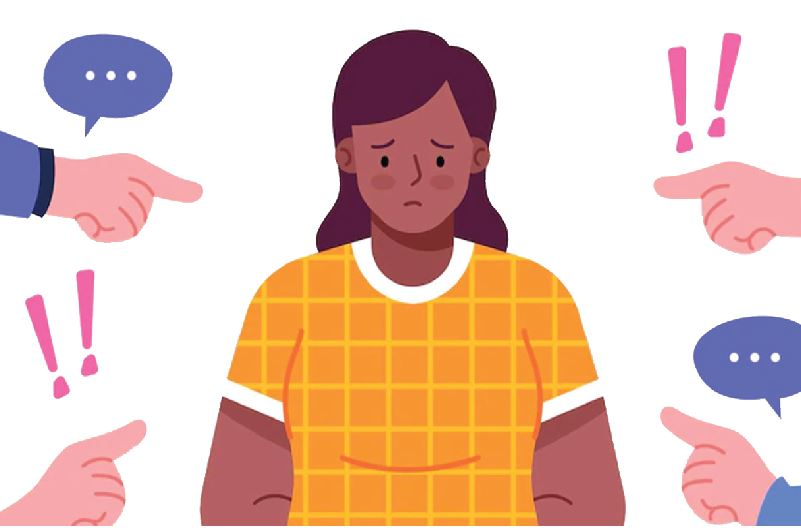 most people discover that in these communities, and particularly as a woman, you will be evaluated on your appearance. It is customary for women, especially those from the older generations, to pass comments about the looks of other women and it has become a shameless norm. None of us can dispute that we grew up in a society where women are often subjected to criticism on their appearance. The whole approach is unfathomable as to why someone would continue to judge a person’s value only on their outward looks. To find the answer, we have to briefly explore the historical, cultural, societal origins and psychological impacts that lead to this obsession with weight.
Body Shaming Cultivation Through Colonialism
Prejudice based on weight is often strongly linked to racial and socioeconomic stereotypes that are prevalent all over the world. White Europeans and Americans, especially in the  previous ages, had a colonial mindset, which helped in forging this outlook. If one look through the annals of the 19 century, you would find troubling articles regarding the eating habits of middle-class and upper-class white women. In order to demonstrate their racial superiority, white women were expected to control what they eat and maintain a certain ‘shape’ in order to be considered civilized. Then, as the trans-Atlantic slave trade grew, the whole phobia elevated to new levels.
During the slave trade, it was noticeable that African women were essentially curvy and the culture in general loved and celebrated food. From then on, the Europeans propagated the idea that not being thin is not ideal. In fact, it is an indication of being savage, uncultured, and uncivilized. Similarly in India, the British equated more weight with cowardice, weakness, and indolence. After decades of colonization, the colonizers sought to have a system in place that would allow them to distinguish between slaves and free people. Initially, it was done only on the basis of skin color, but after years of living in close proximity with the colonized, they realized they needed additional facets of racial prejudice. Resultantly, the notion that Europeans are the world’s elite race because they have logical self-control over their weight was propagated. In this way, they created an oppressive society based on the notion that one must be slim for the demonstration of being the dominant race.
Cultural and Societal Aspects
It is observed that cultural norms, customs, and social status can impact mentalities and have a bigger influence on eating habits and attitudes. Identifying strongly with your culture impacts your choices of spices, the quantity of food consumption, and the amount of weight you deem preferable, all having huge social ramifications as well. Since we belong to the South Asian community, there is so much that could be said about body shaming being so deeply ingrained in our culture. If we consider the historic patterns that shaped our society today, we can safely conclude that it also has to do with the traditional South Asian mentality enforcing that a woman’s primary purpose in life is to get married and bear children. In the views of the community and at times even the family, having a girl is a great obligation. It’s as if they are only rearing her to be married off as soon as possible so that their burden is lifted and transferred to the spouse. The fact that white skin is portrayed as the superior color and dark as abhorrent has contributed significantly to the terrible aspects of our society. It sounds absurd, but in all honesty, it boils down to the harsh reality that popular beauty standards decide your worth in terms of being marriage material. If you don’t abide by them then you don’t simply seem to be culturally or socially acceptable.
Similarly, in terms of income status, your employment can have a significant impact on your eating, exercise habits, level of activity as well as your weight. Interestingly enough, diet and exercise routines are also influenced by money. It is not uncommon to see people with greater incomes being slimmer than the ones not earning much. A simple and 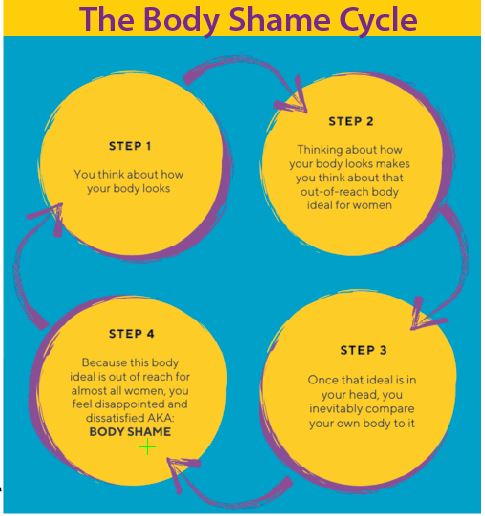 logical response is that the ones with the higher income count have greater control and can access resources like luxury gyms and fitness facilities. The ones with a lower income cannot do that. They suffer from extensive psychological and emotional burdens alongwith the eating disorders that could lead them toward obesity.
Crucial Psychological Ramifications
For decades, we have urged individuals to reduce weight. In the end, either they fail to lose weight or they do lose weight before regularly gaining it again. In other words, constantly telling people to reduce weight can end up being more damaging for their mental health in the long term. Additionally, there are also psychological repercussions of constantly telling individuals that their bodies are flawed. The stakes are evident that thinness is privileged, and fatness is stigmatized.
It is obvious that there is pressure to live up to some ideal of attractiveness from a young age and failing to fit that mold can result in major mental health issues. Many may argue that crash dieting, which results from isolation and guilt, wouldn’t have many chances to result in a permanent change because its main goal is to just enhance appearance, not overall wellness. From diet pills touted as cures to the social stigma attached to weight gain throughout the world are teaching people to associate their body size with success.
Changing Mindsets for the Better
As unfortunate as it may sound, body shaming doesn’t just happen among the South Asians. It occurs in every group and culture. But if every one of us makes a deliberate effort to comprehend our mental processes, societal, cultural, and familial conditioning, then undoubtedly, there would be a lot less insecure, nervous, and damaged women in our societies.
It is always a terrible feeling when the older generation believes that they have a right to impose beauty and weight standards upon young women. Despite what they may have you believe, elders aren’t always correct. The younger generation needs to educate their communities and boldly refute their assumptions. The generation before us has been raised to think that what they are doing is right and it is the best course of action for them but we must provide an alternative to this outdated approach.
The complicated phenomena of weight affect socioeconomics, physiology, and psychology. The most crucial thing is to ensure that we are content with the way our bodies appear in terms of health. Gaining weight is a concern but it is related to  a person’s health not with their physical beauty.
Lifestyle change should be promoted because it is preferable to be healthy than unwell, regardless of size or shape, as opposed to taking an overly negative stance on the weight gain. Individuals should be encouraged to engage in healthy behavior change, weight gain shaming need not be a component of the message. Instead, we need to promote and empower people to be healthy, regardless of what body size they have rather than criticizing and humiliating them for having a greater body size. HH