Value of Cultural Heritage for Tourism

Pakistan is a country blessed with majestic natural landscapes, from the snow peaked mountains of the Himalayas to the coastal beaches of Gwadar. Pakistan’s mountainous region of Gilgit-Baltistan holds the primary attraction for global tourists, who frequent the mountains for climbing, hiking, trekking, skiing, para-gliding, canoeing, rafting, and mountain biking, thus making adventure tourism a major source of revenue from global tourism in Pakistan. In 2017, nearly 1.7 million foreigners visited Pakistan, an increase of 200,000 over the previous year. In 2019 the British Backpacker Society placed Pakistan third on the list of highest potential adventure destinations in the whole world.
At the same time, the neglected part of national and international tourism in Pakistan includes the vast cultural, archeological and architectural heritage of the country, belonging to world’s major civilizations. From the world’s oldest civilization at Mehrgarh, Balochistan to the Indus valley civilization in Sindh and Punjab, Pakistan is situated in the ancient land, which formed the cradle of human civilization. Gandhara Civilization originated in present-day Khyber Pakhtunkhwa, owed its eminence to the fusion of Greek and Roman civilizations, and left its archeological footprint all over Pakistan. The cultural influence of Central Asian civilization, mediated through the mighty Mughals, created architectural wonders, in the form of caravanserais, royal palaces, forts, mausoleums and mosques dotted all over Pakistan.

Cultural heritage includes architectural structures, monuments, sites, archaeological resources and facilities, cuisines and culinary activities, fiesta, festivals, historical heritage sites, monuments, statues, landmarks, museums, exhibition centers, national parks, wildlife, ecosystems, religious sites, temples, mosques, tribes, and ethnic groups.
The intangible cultural heritage of Pakistan in the form of folk music and arts is equally rich and diverse, given the regional and provincial heterogeneity. Qawali, carrying a legacy of Central Asian Sufism, has already introduced Pakistan to the world cultural stage through the likes of the late Nusrat Fateh Ali Khan. Not to forget the Pakistani cuisines and costumes, which have produced a global appetite, the list of cultural assets of Pakistan, in tangible and intangible forms, is almost endless and one can count so many other aspects of Pakistani cultural heritage, which can be turned into flashpoints of domestic and global tourism.
The real question is, if we as a nation are cognizant of our rich cultural heritage. It is imperative for younger generations to have ownership of their cultural heritage. It is of paramount importance that heritage education should be transmitted to the youth as it can be crucial for sustainable development as well. Indeed, there are government institutions that are making their best efforts to protect, preserve and promote the vast archeological, architectural heritage and folklore of Pakistan. The Department of Archeology and Museums in all the four provinces, especially more active in KP and Punjab, has under its watch thousands of sites and monuments, spread over a timeline of more than 8000 years. It is a gigantic task to protect and preserve them, and hence it leaves little time to promote them.
There are departments dedicated for the promotion of tourism in all the provinces, such as the Pakistan Tourism Development Corporation (PTDC), Tourism Development Corporation of Punjab (TDCP), as well as KP, Sindh, AJ&K, and GB tourism departments that are in nascent stages and require greater budgetary allocations to fulfil their job of promoting Pakistan’s heritage tourism. In addition, there are several other institutions under the government which are working hard to promote heritage tourism in the country, such as the National Institute of Folk and Traditional Heritage, popularly called Lok Virsa, which has played a significant role in protecting intangible cultural heritage as well as promoting Pakistani cultural heritage through its museum.
One of the most important cultural institutions in Punjab is the Walled City Lahore Authority (WCLA), which has played a significant role in promoting Pakistani cultural heritage through its various programs being offered to attract domestic and foreign tourists. WCLA’s History by Night tour is a perfect example that connects the tourist with the past by offering an elaborated guided tour of the Lahore Fort. The dazzling heritage tour starts from Roshnai Gate, adjacent to The Food Street, Lahore. Beautifully decorated Rangila Rikshaw, Kathak dance performance at Sheesh Mehal and enactment of darbaan (guards) in traditional attire mesmerize the visitors. Tourists are always looking for a culturally rich experience and the WCLA’s tour offers it in the form of social customs, rituals, taste, texture and culture of the Mughal era. 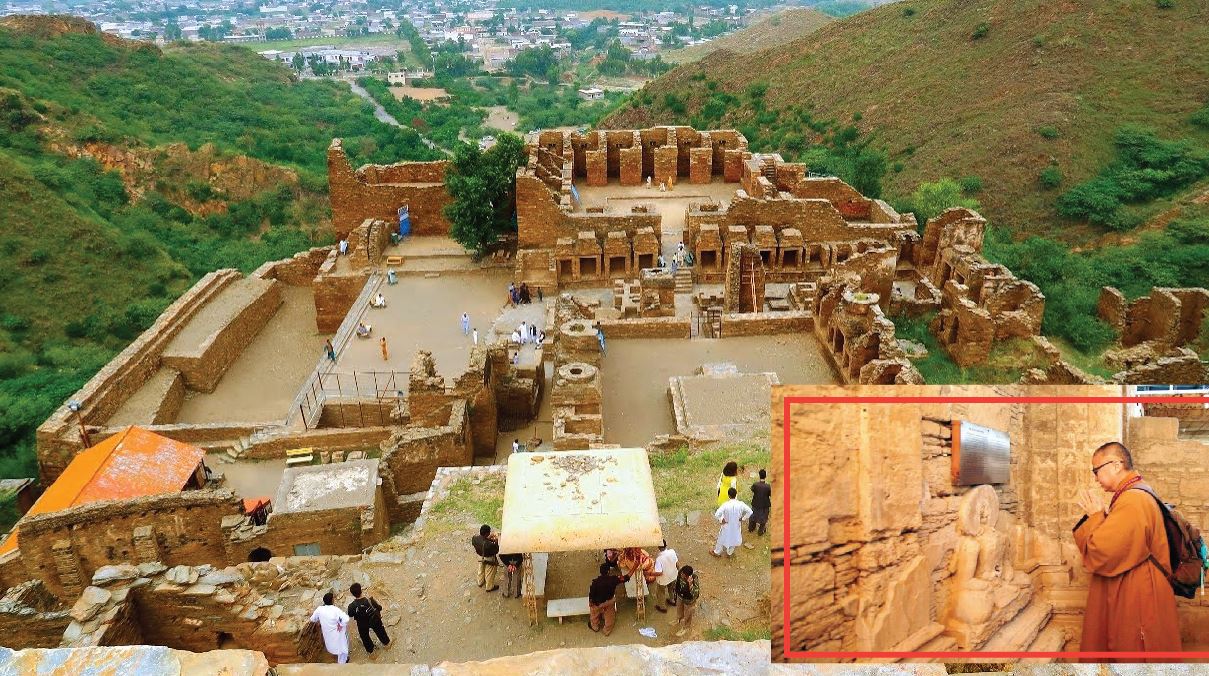 National awareness about diverse cultural heritage is of foremost importance, as at the end of the day, no matter how hard the government tries, it is the people of Pakistan who are the ultimate custodians of the national heritage. To facilitate community ownership of national heritage, there are non-governmental organizations, such as Gandhara Resource Center Pakistan (GRCP) that is working with the communities in Taxila, to help preserve, protect and promote the Buddhist heritage of Pakistan. Through their varied activities, the GRCP has built up a team of volunteers who are dedicated to strengthening government efforts in highlighting the national heritage, increase archeological tourism and bring Gandhara on the world map as a symbol of peace. Likewise, Sustainable Tourism Foundation (STF) is an organization that is working to create awareness and share information with the general public about the best practices of sustainable tourism, ecotourism, pro-poor tourism and other forms of responsible tourism.
The role of universities in promoting heritage tourism through education and information resource development can be crucial in reviving the tourism industry in Pakistan, which faded over time due to decades of war in neighboring Afghanistan. Informed tourism of cultural heritage can only take place if there are tourist information booklets, maps and websites, offering contacts and information for tourists who are searching online to visit the heritage sites, monuments and museums in Pakistan. In this regard, the newly established Gandhara Chair in Art History and Cultural Studies, at the University of Wah has taken a small step that can have a greater impact on promoting tourism by producing tourist guide maps of Buddhist heritage sites in Pakistan, including KP, Punjab, GB and Sindh.
We should be mindful of the fact that boosting tourism in Pakistan can be one of the rapid ways to earn precious foreign exchange, create new employment opportunities and businesses. Initiatives should be taken to mark cultural events and develop tourist attractions. Celebrating Vesak or Buddha Day in Taxila or Swat can be major festivals that can bring a lot of tourists from Buddhist countries. When tourists get engaged with the communities through local festivals, such as the Kalash festival, they build an understanding of the local culture, values and norms. It is through cultural heritage tourism that Pakistan can earn its rightful place in the world community as a peace-loving nation, proud of its rich history and diverse cultures. HH