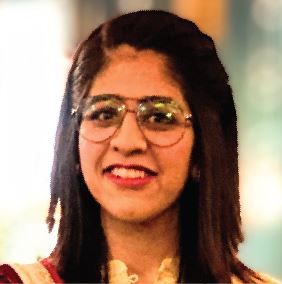 The Spectacular Festivals of Kalash Valley

Kalash is a beautiful valley in Khyber Pakhtunkhwa province of Pakistan. Unfortunately, because of its remote location, most of its beauty is still left unseen by the world. The Kalash or the Kalasha of Chitral are the only pagan minority residing in Pakistan. Kalasha are one of Pakistan’s smallest ethnic minorities with a population of only a few thousand. The Kalasha live in Rumbur, Brumbret, and Birir and have a unique culture. Due to their highly similar cultural practices, Rumbur and Brumbret form a unified culture, whereas Birir follows a more traditional culture and old practices. The inhabitants of Kalash celebrate a number of festivals during the year; Chilam Joshi (spring festival), Uchal (summer festival) and Choimus (winter festival) are the three primary festivals. 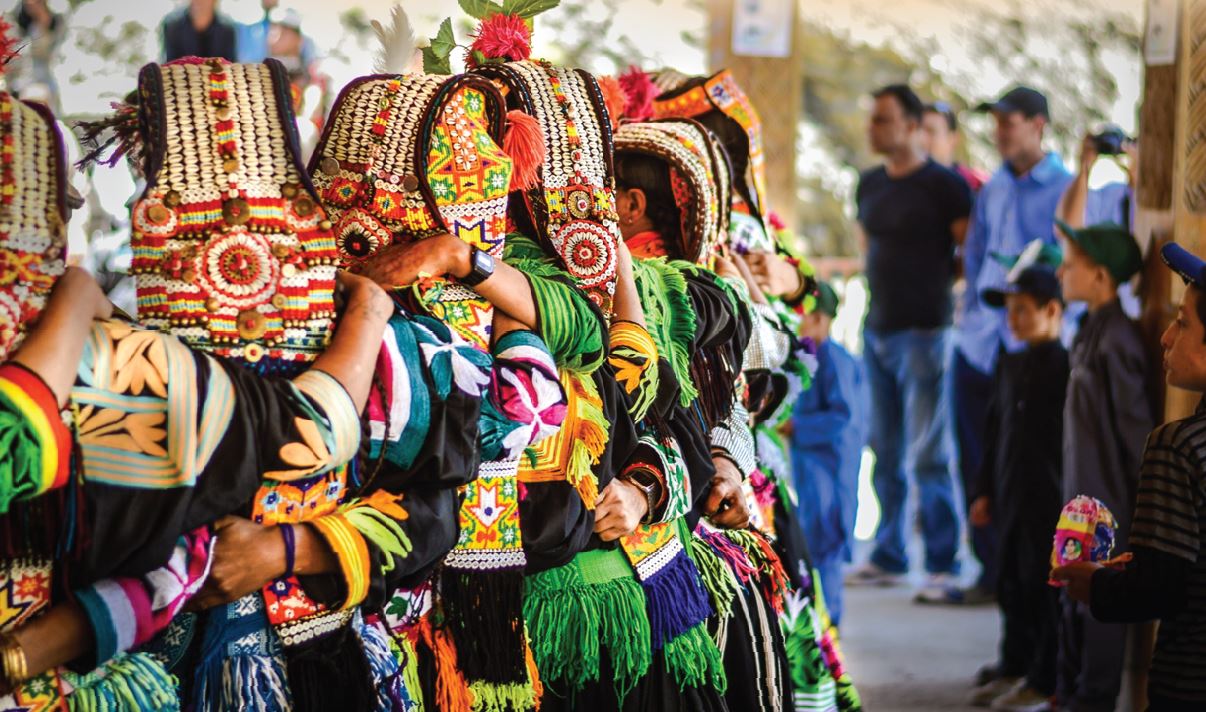 Chilam Joshi – The Spring Festival
One of the most important celebrations is the Chilam Joshi festival celebrated in May each year. The Chilam Joshi celebration is often referred to as the Kalash spring festival. The Joshi celebration ushers in spring. This four-day event is observed by the Kalasha in Rumbur, Bumburet and Birir. Every year, a large contingent of national and international tourists visits the valley to attend the Chilam Joshi festival.
Chilam Joshi begins with the ‘Milk day’. The Kalasha people stockpile milk in their houses ten days prior to the event. The residents offer their drinks on the day of the festival. The event showcases their distinct cultural diversity, social harmony and message of peace to the 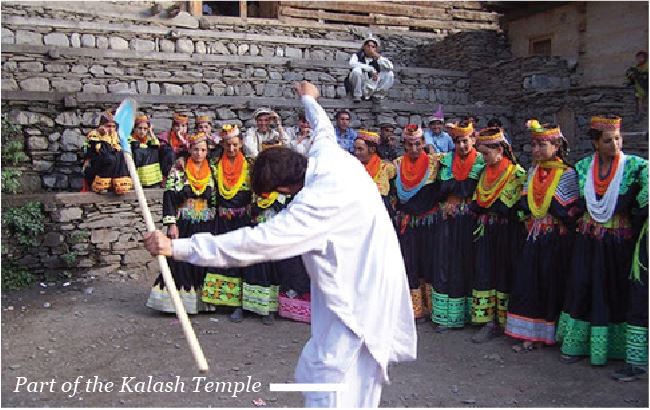 rest of the world. The people of the valley show gratitude to their gods for the blessings, pray for a successful agricultural year as well as for the wellbeing and safety of their herds.
However, contrary to common perception, finding someone to marry is the primary goal of this festival. New clothes are worn by everyone during the festival. Girls are brought up the hillside to dance and sing. Women can be seen wearing vibrant colours and their headpieces feature floral motifs. They also wear beaded necklaces to go with their outfits. Men wear traditional Shalwar Kameez with a woolen waistcoat. On the rhythm of the drums, they sing and dance in a circle. The bachelors and bachelorettes enjoy this celebration every year, since it allows them the chance to select their spouses and announce their names on the last day of the festival.
Uchal – The Summer Festival
Uchal, also spelt as Utchal is the summer festival celebrated in August each year. During this event, Kalasha honour their gods by celebrating the harvest and thanking them for the provision of food and crops. To honour the holiday, corn, buttermilk and cheese are prepared. Women in traditional dresses perform traditional dances. The long night of dance starts as Kalasha make their way to a high plateau outside the town of Balangkuru. Here, they continue to worship. The festival goes on for several days. 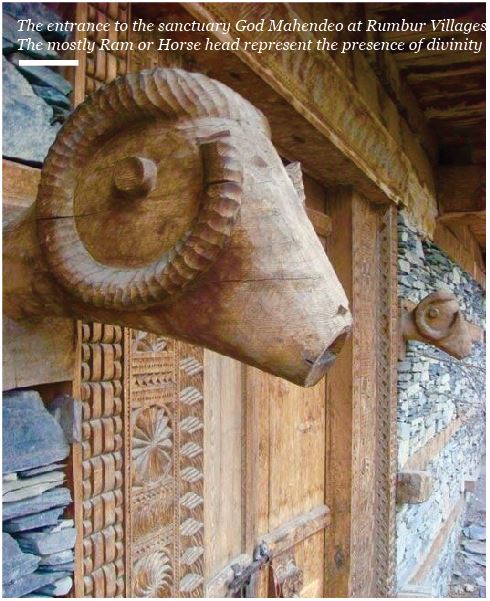 Choimus – The Winter Festival
The Kalash celebration of Choimus, which is celebrated in December around the winter solstice, is 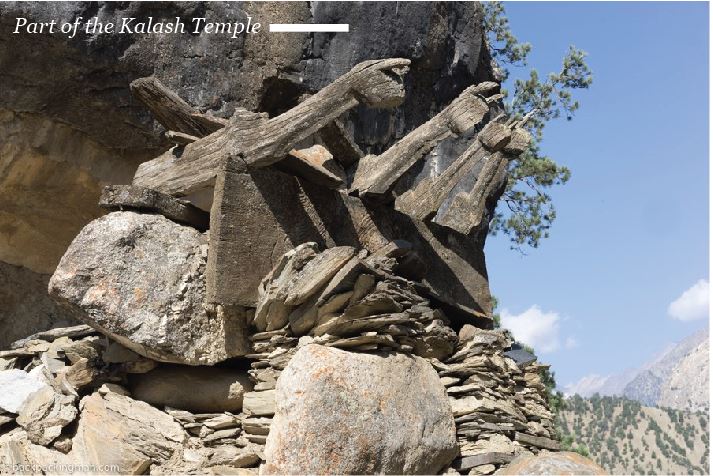 very significant to the Kalasha. The yearly observed event is celebrated for two weeks. Chaumos, often referred to as Choimus or Chitirmas, is a Kalash winter feast.
During the ceremony, the residents practice purifying rituals in order to purify their souls. People go out at night and search for foxes in large numbers since seeing one is considered auspicious. Torch-lit processions from neighboring villages assemble for further celebrations at the primary dancing location known as ‘Charsue’. While the local homemade drinks are passed around the bonfire, dancing and other festivities take place indoors throughout the night.
The tribal elders assemble on hilltops to observe the new year’s rising sun. Goat sacrifices are made to the goddess Jastak, and the blood is showered at the Jastarkhan temple. Anyone who wishes to enter the temple must be cleansed by a specific fire ritual, in which a shaman waves juniper braches over the men, women and children.
The people of Kalash are unique in their own way and so is their culture. Their culture differs in several ways. Their gods, religious traditions and values demand sacrifices and they tend to celebrate different festivals to give special thanks for their three valleys and respective gods. HH