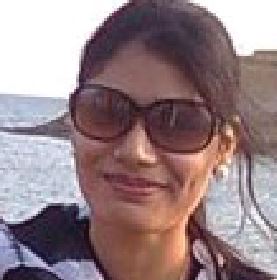 The distinctive character of women in building and developing an ideal society has always been of paramount significance. The canvas of this universe is vibrant because of women and it is not possible to think of a healthy society without them. Pakistan is truly a blessed country having numerous wonderful women who have made Pakistan’s name echo all over the world. March 8th is internationally celebrated as Women’s Day, so let’s pay tribute to the influential and successful women of Pakistan who have made us proud with their exceptional achievements in their chosen fields.
Yasmeen Lari, first female architect of Pakistan and the designer of the first public housing scheme of the country named ‘Angoori Bagh’, is the co-founder and CEO of Heritage Foundation of Pakistan. Her foundation is involved in philanthropy that intertwines architecture and social justice. While providing humanitarian services to her compatriots, she is also passionately serving to conserve national historic art and architecture. The Fukuoka Prize for Arts and Culture recipient was also bestowed with Jane Drew Prize for Architecture in 2020. After the terrifying earthquake of 2005, she emerged as a sustainable disaster relief structure provider by developing low-carbon, cheap structures. The then 65-year-old architect was named amongst 60 Women Contributing to the 60 Years of UNESCO in 2006. The worthy humanitarian and social entrepreneur is the perfect role model for all the enthusiastic women who want to make a difference.
Nigar Nazar, the very first female cartoonist of Pakistan was born in Karachi. Her comics deal with a variety of subjects from extremism to women’s education in Pakistan. In seventies, she created a female comic character named ‘Gogi’, an educated and progressive thinker recognized all over the globe. Nigar aimed to address the key concerns and paradoxes of the society with the help of ‘Gogi’, ranging from environmental concerns to women’s education, with a stroke of humour. She has set an example for other women that by employing the skills they have, women can educate masses on social and cultural norms.
Abia Akram, the first Pakistani female coordinator for the Commonwealth Young Disabled People’s Forum is from Islamabad. She is the head and founder of the National Forum of Women with Disabilities in Pakistan. She is also founding member and coordinator of the Special Talent Exchange Program (STEP) and the Asia Pacific Women with Disabilities United (APWWDU). She successfully made it to BBC's 100 Women 2021. She is the Women's Coordinator of Disabled Peoples' International in the Asia-Pacific region. Since 1997, she is engaged in the activities of Disability Movement and served as a disability advisor for community-based rehabilitation projects. She is the herald of courage in a society where women with disabilities are stereotypically considered a liability. She has proven that physical disability must never be considered a hindrance when it comes to personal growth as well as development of the society.

Maria Umar, the founder and president of Pakistan’s digital platform Women’s Digital League (WDL) is indeed a wonder woman. In 2009, she started providing outsourcing and digital literacy training to Pakistani women through her online platform. An avid believer of women empowerment, she has made it possible for content writers to connect with clients and provide digital solutions to individuals as well as the corporate sector all across the globe. She is offering her services to the World Bank’s training program for women in business, WomenX, as Project Manager. In "Women Powering Work" competition, WDL won the Early Stage Award. Maria was nominated a Thought Leader by Ashoka Changemaker, which is a global movement that acknowledges and supports people to deal with social problems in their respective communities. She was selected as the first chair of WeCreate Centre’s think tank (an entrepreneurial program to accelerate women-owned startups). The innovative leader is a role model for all women who want to do wonders through technology while staying at home.
Jehan Ara, a renowned name in IT, the former president of Pakistan Software Houses Association for IT and ITeS ([email protected]) and the founder of an innovation hub named Katalyst Labs was born in Karachi and raised in Hong Kong. The resilient woman who fought cancer possesses 29 years’ experience of communication, interactive new media, and marketing. In 2016, she represented Pakistan in the United States at the Global Entrepreneurship Summit. She initiated the [email protected] Career Expo, [email protected] Launchpad event as well as the [email protected] ICT Awards. She started a revolutionary and incredibly successful incubation hub, The Nest, in 2015 that aimed at encouraging youngsters to set up their own businesses and empower communities. She is an entrepreneur, a mentor and the harbinger of hope for women to assertively use information technology beyond the traditional setups.
Dr Zubaida Sirang from Chitral is the only Pakistani ophthalmologist whose book ‘Optics Made Easy: Last Minute Review of Clinical Optics’ has made it to the list of Best Ophthalmology Books of All Time, by the Book Authority. The passionate eye surgeon is pursuing her specialization in surgical ophthalmology from Ireland. The extremely brilliant eye specialist is a role model for young women in the medical field.

Karishma Ali is the first Pakistani football player from Chitral, Khyber-Pakhtunkhwa to play the game at both national and international levels. She is the founder of Chitral Women’s Sports Club. She has the privilege of being a part of Pakistan’s first women’s football team, which participated in Australian Football League International. The daring young football player from Chitral was named among the Forbes 30 Under 30 Asia 2019. Irrespective of all the confines, she is training local girls. She is the perfect example for women who pursue their dreams and goals regardless of the challenges and hurdles along the way.
Aliza Ayaz, the second Pakistani young woman appointed as UN youth ambassador for Sustainable Development Goal 13, is also a member of the National Youth Council of Pakistan. She is well acknowledged for her enduring efforts in the realm of climate change. The celebrated young climate activist is diligently working towards engaging and nurturing youth in leadership; she set up the Climate Action Society at University College, London (UCL) which helped inspire UK-wide youth action against climate change, leading to the climate emergency declaration at the UK Parliament. In 2019, she jointly won the UK Youth Outstanding Commitment to Sustainability award at UCL. She has the honour of speaking at the United Nations, London International Model United Nations, and UK parliamentary events. She is the symbol of optimism for youth to work for the betterment of the society and environment.
The fact of the matter is that no society can develop without the active involvement of its women. A single write-up cannot enumerate the accomplishments of Pakistani women. Pakistan is a culturally diverse and rich state and women from all walks of life are playing their part to make the country prosperous and a better place for future generations. HH