The Promise of Tourism: Cultural Heritage of Khyber Pakhtunkhwa

There are thousands of heritage sites scattered all over Pakistan belonging to a multicultural and multi-religious past from different eras. Khyber Pakhtunkhwa (KP) like other provinces is extremely rich in cultural heritage. Home to around 2,000 heritage sites in addition to 30,000 relics of the Gandhara civilization, one can easily find sites, which are important as well as sacred for Sikhs, Hindus, Jains, Christians, and Zoroastrians. 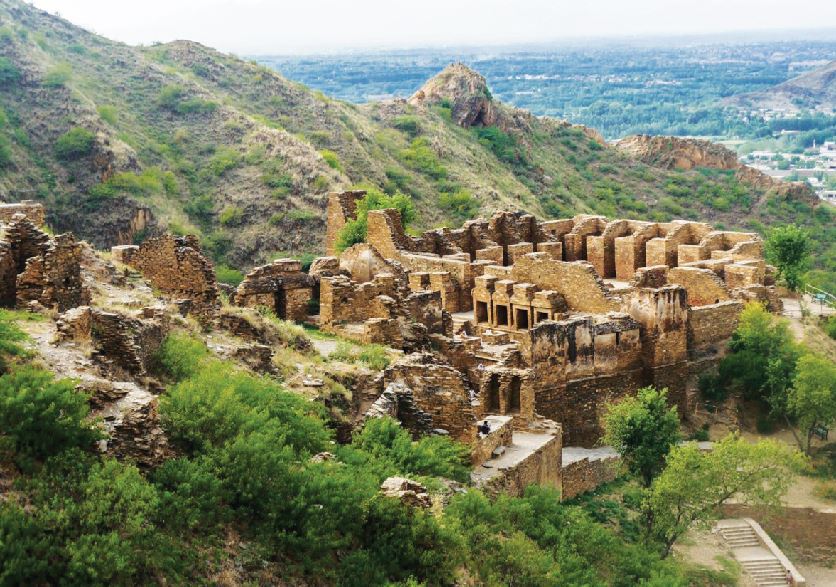 Despite the vast number of heritage sites, UNESCO has designated only six sites in Pakistan to be included in the World Heritage List. The first site to be inducted in the list were archaeological ruins at Moenjodaro, Sindh, Buddhist monastery of Takht-i-Bahi and neighboring city remains at Seri Bahlol, KP, and archeological ruins of Taxila – all three of which were inscribed as places of global cultural significance in 1980. In 1981, two other sites, Lahore Fort, Shalamar Gardens and historical monuments of Makli, near the city of Thatta, Sindh, were inscribed. The last site to be designated as a World Heritage Site (WHS) was Rohtas Fort in 1997. Another twenty-six Pakistani sites are on the tentative list for inclusion in the World Heritage List.
Cities of Seri Bahlol and Taxila are a testimony to our glorious heritage. Taxila the capital of Gandhara Kingdom claims to have numerous sites such as Dharmarajika Stupa, the ancient cities of Bhir, Sirkap and Sirsukh, Jandial Temple, Mohra Muradu, Badalpur Stupa, Bhallar Stupa, Julian Monastery and Bhamala Stupa among many others scattered across the city. Taxila University is known to be the citadel of knowledge of ancient times even before the advent of Buddhism as Jivaka, the personal physician of Lord Buddha, was a graduate in Ayurvedic medicine from Taxila University. 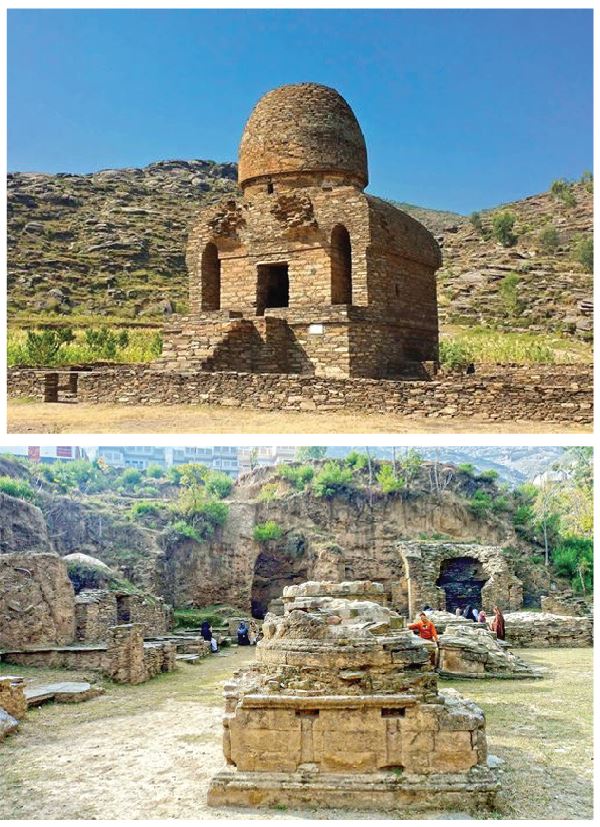 One can find dozens of the archaeological sites as well as museums in KP. The state museums in Peshawar, Hund, Dir, Mingora and Kailasha Dur are known to attract tourists because of their rich history, collection, and dedicated staff. The well-kept collection, excavated from various archaeological sites across KP tells us the story of human evolution across millennia, and the rise and fall of civilizations, spread of belief systems and the stories from the life of Buddha. Prominent sites are Takht-i-Bahi, Barikot, 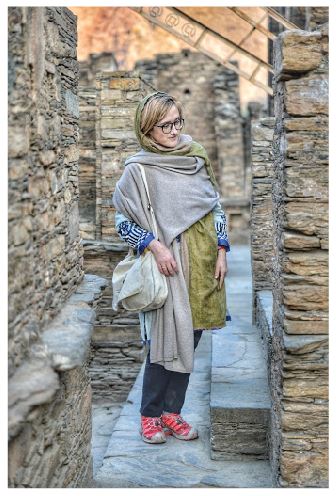 Bazira, Shingerdara Stupa, Butkara I, II & III, Jahanabad as well as Ghaligay and Gokdara cave with prehistoric rock carvings. For more diehard visitors, a climb up to the hilltop in Odigram, Swat takes you to the birthplace of Padmasambhawa, the second Buddha who travelled across Asia to spread Buddhism.
KP has enormous tourism potential, which is still underestimated and underutilized because of lack of information, awareness, facilities and infrastructure. Attracting international cultural and religious tourists from across the world, though challenging is an easy fix, which can be solved through proper projection of our soft yet real image via our foreign offices abroad as well as cultural diplomatic engagements with foreign embassies and consulates present in Pakistan. For sustainable tourism and development, we not only need to preserve our own tangible and intangible cultural heritage but we also need to build new infrastructure while upgrading and improving the existing ones.
As far as preservation is concerned, there could be several interventions or methods to achieve that target because if we neglect this factor then our heritage will be prone to destruction by our own hands through irresponsible tourism. 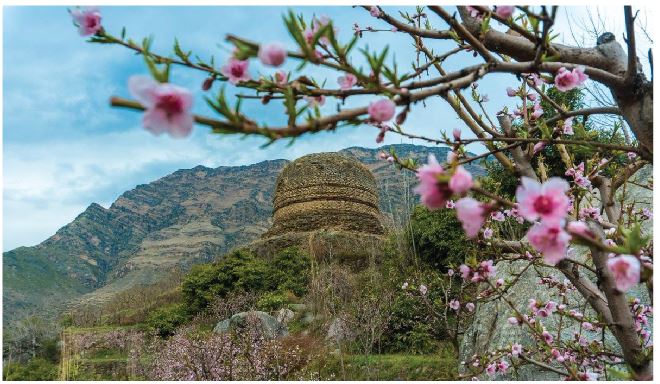 We should not only rely on other departments for the protection and preservation of heritage sites, but it is also the responsibility of the general public and cultural activists to preserve these sites through sensitization of the local population towards culture and heritage of religious minorities in Pakistan. Since it is a digital world, this can also be done by employing digital documentation in photographic and videography form. To promote the sites, 3D models of various sites can be created and augmented as well as virtual reality interventions can be made. Center for Culture and Development (C2D) has taken a lead in digitally reconstructing Jandial Temple, which is the only Greek temple in whole of South Asia.
Storytelling sessions are crucial for preservation of traditional knowledge and folk wisdom. Communal gathering places like Chaupal play a significant role of transferring local knowledge to the next generation. C2D through its 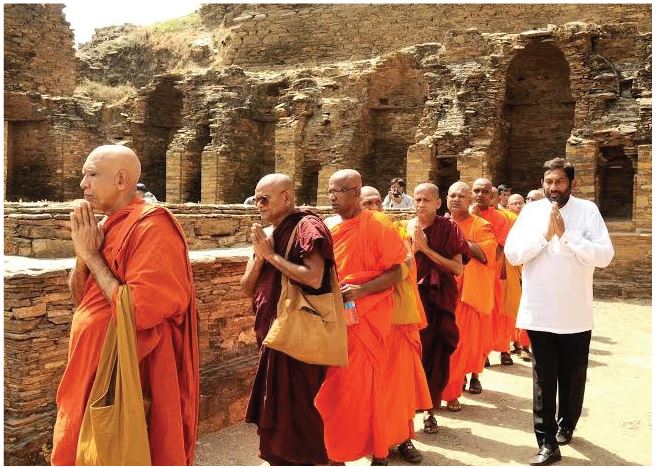 Gandhara Resource Center (GRC) has set a perfect example for that by holding chaupals on heritage sites on regular basis. Our creative artists and writers can create fictional stories to produce dramas and films on Gandhara civilization of ancient Pakistan as western world has created fictional stories around Egyptian civilization in various films such as Indiana Jones, The Mummy, etc. Various events, exhibitions, talks, seminars and festivals can be arranged to sensitize local Muslim majority, while highlighting the significance of these sites, which are sacred for other religious minorities such as Buddhists across the world, especially Japan, Korea, China, Taiwan, Vietnam and other Asian countries. These kinds of activities will help our local population understand that having foreign tourists visiting their sacred religious places would generate a lot of revenue for the local people, which will improve our economic condition. 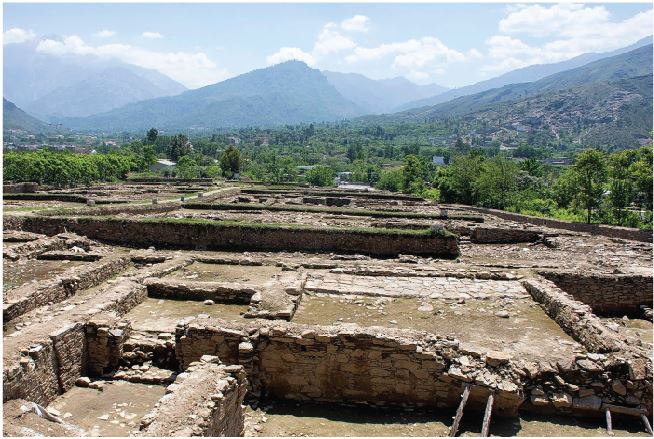 For sustainable tourism, we need to work hard on infrastructure development all across the country, where heritage sites are located; building quality hotels and guesthouses with updated websites having complete information about rates and booking details is as important as improvement of Pakistan Tourism Development Corporation (PTDC) and Tourism Corporation of Khyber Pakhtunkhwa (TCKP) motels. Clean and well maintained public toilets on highways, effective tourist information centers on airports, etc., clinics at major tourist destinations, a system of proper signage on roads, proper garbage collection and disposal, effective district administration and police with proper tourist management training, educated and culturally sensitized travel/tour guides can go a long way in promoting tourism. Our museums also need upgradation to offer an interactive approach with well-lit displays and descriptive seminars as per international standards for visitors. Installment of lifts, building ramps, offering range of souvenirs and different audio-visual programs can also increase the cash flow for museums and help them to improve their services.
Tourism offers immense potential for female entrepreneurs not just in KP but all over Pakistan, to carve a role for themselves. I strongly feel that our female entrepreneurs can play a vital role to equally enjoy economic empowerment through heritage tourism. Women can prove to be the best tour guides as there are many female groups wishing to enjoy female only retreats. As proverbial housekeepers, they can be hoteliers who can be great managers leading their teams in a smooth and effective manner. They can work as chefs to supply food to different guest houses and can work from home to prepare lunch boxes on order. They can produce handicraft as well as digital artwork, which can earn them good livelihood. Female entrepreneurs can produce films for social media platforms like YouTube highlighting the beauty and importance of their respective area/region. All these roles are essential for productive tourism and our female entrepreneurs should consider tourism as a business opportunity for themselves and their families, which will pave the way for gender empowerment for the well-being of our entire society. HH

The writer is affiliated with International Council of Museums.
Email:[email protected]