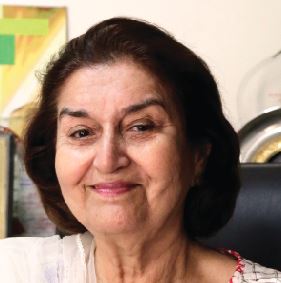 Struggle of the Kashmiri Women

The Treaty of Amritsar’, notoriously known as ‘Sale deed of Kashmir’ was concluded between Raja Gulab Singh and the British Government in 1846. For just seventy five lakh, the Maharaja sold not just an area of 84,471 sq. miles and 2.5 million people but their hopes, aspirations and dreams as well. Such a heinous crime was unheard of in the civilized world where an entire nation was sold like dumb, driven cattle. It was a shameful affair devoid of all sense of fairness, righteousness and equity.
Women in Kashmir had been active participants in the movement against the Dogra Regime. A part of the strong voice for freedom in Kashmir, women have made themselves known for their courage and sacrifices for the right of self-determination. Since 1947, women’s participation has been an inalienable element of Kashmir’s resistance movement. The courageous women of Kashmir stood with men in every phase of the struggle whether it was political or armed. Breaking rigid socio-cultural barriers, they came out of their houses and, eventually, their numbers rose to thousands.
History has given to the women of Kashmir a unique strength; they have the capacity to face adverse circumstances and emerge victorious. While the men face public confrontations with barbaric Indian security forces, the women are left to manage the aftermath and pick up the pieces of their shattered lives. As the conflict rages, women become the worst sufferers. Deprived of leading a normal existence as mothers,  daughters and wives, they continue to suffer trauma as victims of violence in all its manifestations; they see their male members killed in mindless bloodshed,  they have been subjected to the worst forms of violation, molestation and humiliation; new terminologies of half-widows and half-orphans have had to be coined to explain their vulnerable position. Worst is the unpredictability of not knowing what will happen in the next moment.
Today, despite the extreme violence in Kashmir, women are determined to pursue their dreams. Their courage and resilience will turn around the situation in Kashmir. HH