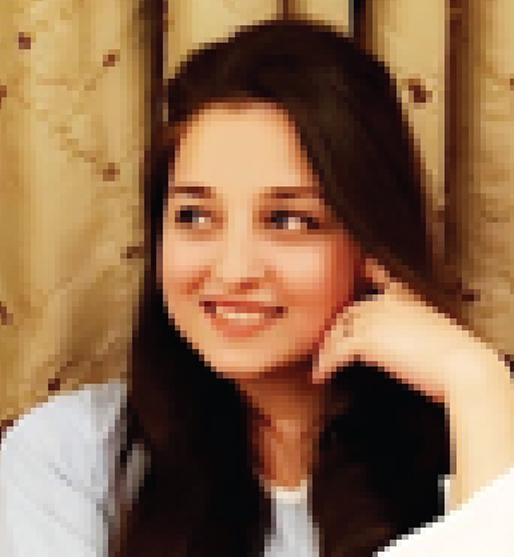 Social Stigmas and Biases Attached to Women’s Participation in Sports

Stardom has No Gender

Sports represent a country’s pride both nationally and internationally. In the broader spectrum, it not only reassures liberty but also shatters the stereotypes associated with it, for both women and men. Sports have the ability to impartially play a distinct role without conforming to the social standards — something that we desperately need in Pakistan. Not only that, but it drives gender equality by encouraging women to work independently as a team with resilience and confidence, as well as validate men and women as equivalents. 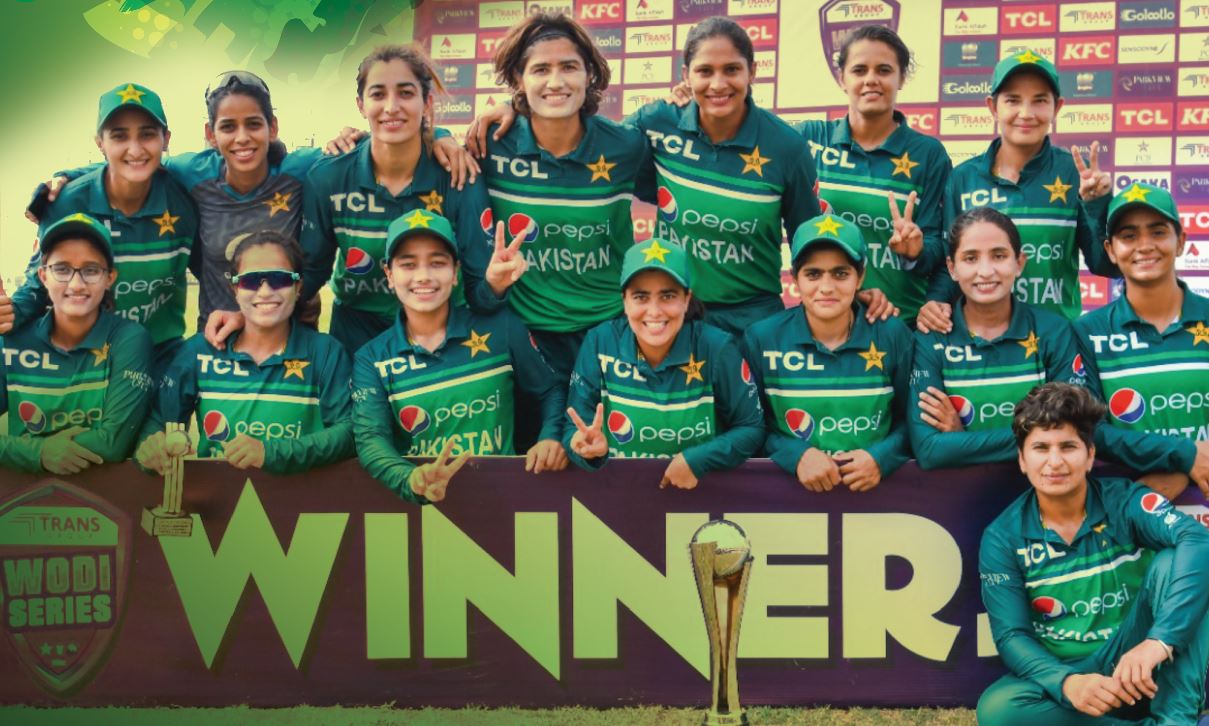 If we look particularly at cricket, it has mostly been dominated by men and unfortunately our cricket board mostly focuses on their favourite child, the male cricket team, while the facilities to their female counterparts are limited in comparison. There are still millions of people in our society who do not acknowledge the fact that women can play professionally as well. It is certainly a formidable task to change the presumptuous mind set but we cannot ignore the invaluable contributions of our brilliant women in the world of sports. Taking women’s cricket in Pakistan into consideration, we are witnessing its promising state. Women’s cricket in Pakistan dates back to the 1970s. It was the Khan Sisters (Shaiza Khan and Sharmeen Khan), the forerunners, who secured membership for Pakistan in International Women’s Cricket Council almost three decades ago in 1996, ultimately making our women cricketers eligible to play for the first time in the 1997 World Cup, held in India. Two decades later and we still continue to face difficulties where generally women in sports do not get enough attention. 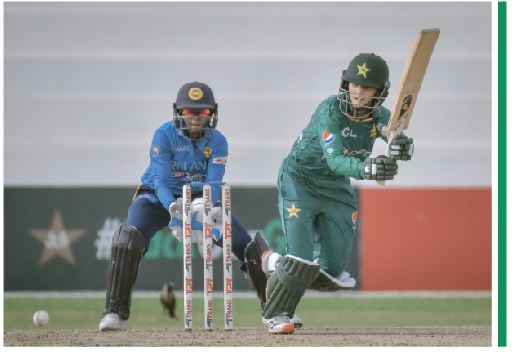 Sports can change lives and resultantly Pakistan’s cricket suffered a massive blow both financially and emotionally after the harrowing attack on the Sri Lankan team in 2009, subsequently forcing international teams to refuse to tour Pakistan. Not only that, the 2011 Cricket World Cup hosting rights were also refused to Pakistan. The cricket-crazy enthusiasts were deprived of watching cricket in their homeland as it was played mostly in the UAE, which not only attracted smaller crowds but incurred a colossal financial burden for the Pakistan Cricket Board (PCB). The financial survival of Pakistan cricket is dependent on the revenue generated from international teams’ tours to Pakistan. Fortunately, six years later, in 2015, Pakistani fans finally saw the revival of international cricket in their home grounds when Zimbabwe, the harbingers of change, took the cautious steps to play in Pakistan. Similarly, women’s cricket as well returned to Pakistan the same year when Bangladesh played two T20Is (T20 Internationals) and two ODIs (One-Day Internationals) in Karachi.
Following the positive arrival and revival of international cricket in Pakistan, the Sri Lankan women team recently departed from Pakistan after facing Pakistan in the historic tour after a drought of sixteen years. The Sri Lankan women squad expressed their joy and also appreciated the security arrangements. The girls in green played three T20Is against Sri Lanka from the May 24 to May 28, while they faced each other in ODI matches from the June 3 to June 5, 2022. Pakistan won five matches at the Southend Club, Karachi while the Sri Lankan girls regained their spirit by ending the last leg of the tour by securing a 93-runs win in the final ODI match. The touring women’s team lost both the T20I and ODI series against the green supergirls by 2-1 and 3-0, respectively. 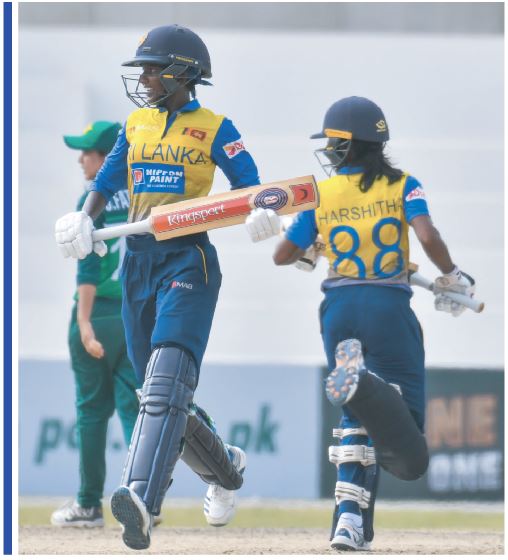 The significant series was immensely praised as both sides displayed dignity and class throughout the matches. The green shirts could not have asked for more as the ODI series was part of the ICC women’s championship, and they managed to top the table with four points.
Leg-spinner Ghulam Fatima stepped up in the series and made a remarkable comeback in Pakistan women’s ODI squad after five years. She performed her career-best by leading Pakistan’s eight-wicket win over Sri Lanka in the opening match of the series. Another leg-spinner to look out for is none other than Tuba Hassan who gave an extraordinary debut in the T20Is. She was nominated in her first maiden international game, by recording remarkable figures of 3/8, and won the prestigious “Player of the Month” award in her debut performance. The duo can serve Pakistan to the best of their potential because quality leg-spin options always provide an unbelievable balance as well as match winning bowling options to the team.
It was great to see the star performer Sidra Amin. Muneeba Ali and Sidra Ameen kept the scoreboard ticking with a partnership of 158 runs — the highest women's one-day opening partnership for Pakistan.
The last time these girls played against each other was back in 2018 when Pakistan had toured Sri Lanka for a three-match IWC series. Bismah Maroofs’ side had showcased a leading performance by sweeping the series 3-0 in Dambulla, Sri Lanka.
The green shirts will play next in the T20I tri-series in Ireland from the July 16 to July 24, 2022; the World T20 champions Australia and hosts Ireland are the other two teams of the trio.  Right after the tri-series, Pakistan will feature in the Commonwealth Games in Birmingham, from the July 29 to August 7, 2022. Australia, Barbados and India will be in Pakistan’s Group.
In order to improve the fragile future of women’s sports in Pakistan, the sports authorities should provide equal opportunities to female athletes and appreciate their performance by announcing incentives and promotions at their success, like those offered to their male counterparts.
An evident incident regarding this disparity in the behavior of our society was witnessed when Pakistanis rallied around the men’s cricket team after their T20 success in the World Cup tournament, while ignoring that West Indies women’s cricket team was in Pakistan for ODI series with Pakistan. Our media needs to increase the visibility of women’s cricket by highlighting the schedule of the women’s sports events, live matches and victories. 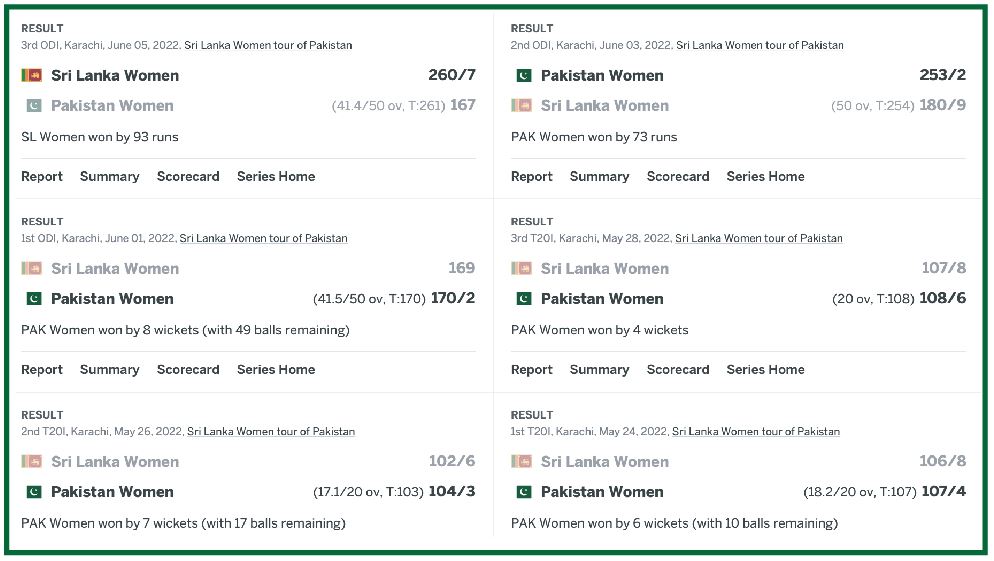 Apart from the much needed recognition of our talented women in sports, they should have access to secure spaces to practice, ensured subsidies, salaries as well as sponsorships. We need to identify the gaps in the system to bring attention to the prevailing problems. These would serve as a stepping stone in igniting interest in women to pursue sports professionally.
It is undeniably revolutionary to have women playing in the field of sports. With an honest perseverance, we will find a way and real change can only happen when and if there is genuine will among the leaders to amend things for the betterment of women. If we keep persevering, we will get to arenas where no one else has ever reached before. However, for Pakistani female athletes, safety is vital to guarantee that they can fulfil their dreams and be fearless to stand in front of people playing their favourite sport. HH

Social Stigmas and Biases Attached to Women’s Participation in Sports