Social Transformation of Women Through Education

Education is one of the fundamental rights of every female citizen but gender discrepancies stemming from cultural norms and structural issues in the educational landscape have been a constant hinderance in access and optimal utilization of the educational resources. Although far from an ideal stage, Pakistan has made significant progress in the last decade owing to the domain of women’s education being given a strategic development priority at the global level. Our guardian in terms of education, Sir Syed Ahmed Khan had stated: “No nation can develop unless both their women and men are educated.” The dominant discourse around women empowerment and gender equality has focused on education as a powerful transformative force, provided education itself is transformed. The deeply ingrained patriarchal mindsets, over the years, have tacitly condoned hegemonic ideas of gender, the unequal power relations and gender-based violence. Earlier, the hierarchical societies required socialization of masculinity to value raising males with a sense of entitlement, superiority, and privilege and emphasized sexual, reproductive and domestic labor for females. In today’s changing world, due to sensitization and awareness around gender issues, these conceptual frames have been subjected to a paradigm shift. 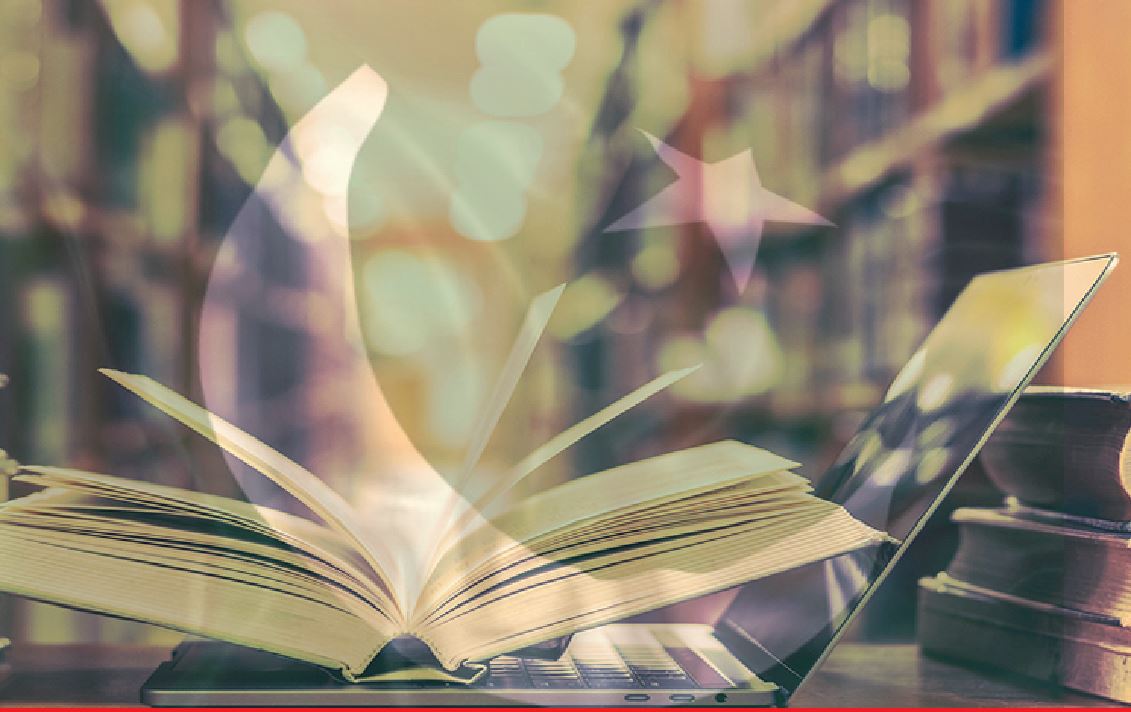 The traditional conceptualization of women’s education was linked primarily to their gender roles of nurturance, caregiving and domestic household chores and therefore detailed major component of ‘home economics’ and ‘soft sciences’ in the formal and informal schooling for females. Over the years, society has realized the crucial role women can play 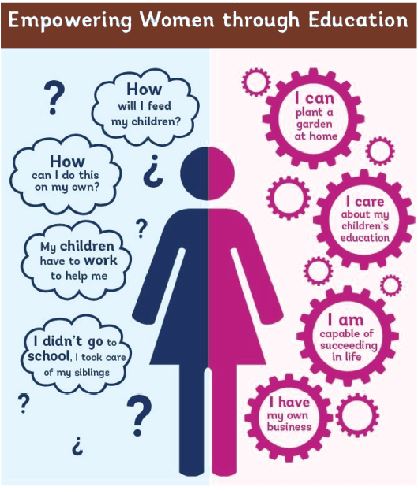 in diverse spheres like politics, economics, media, religion and health. Social transformation in Pakistan through women’s education is reflected in the diverse pro-women legislations on sensitive yet vital social issues like sexual harassment at workplace, domestic violence and anti-honor killing, that women have advocated for and achieved through committed social actions. Earlier, women’s under-representation or lack of participation in major decision making bodies resulted in skewed conclusions and ineffective projects and policies. One of the significant goals of education in Pakistani women is its contribution to the labor market. Implicit biases and stereotypical thinking had kept women from fulfilling their potential until recently; now, there is increased visibility of women in science, technology, engineering, and mathematics (STEM) programs and careers. Women entrepreneurship has resulted in job creation, promoting economic regeneration and growth which developing countries like Pakistan aspire for. Thus, women’s education has paved way for their inclusion in not only the non-stereotypical professions but at executive level positions from where they can ideate change.
Home is a fertile ground for reframing girls’ and boys’ worldview and educated women as mothers enable children to challenge and disrupt their gendered perceptions of masculinity and femininity. The journey of motherhood begins with being surrounded by preconceived ideas and practices that accord differential treatment of children based on their gender. Focus on educating women has influenced parenting. Educated minds help enlighten new pathways and mothers have the power to foster the new generation towards social change. Earlier, our parenting rested heavily on ideas that promoted emotional reservation of males as reflected in the “boys don’t cry but can get angry” culture. With increasing awareness of their own rights and empowerment in their role as a mother, women are acknowledging the importance of raising their children, particularly sons in such a way as to ensure the protection of rights of women as well as their general attitude of women. Teaching boys and men to examine gender in patriarchal societies is one of the prime pathways to gender equality. Formal quality education allows women a degree of autonomy and self-determination, thereby, empowering them to engage in valuable interactions with their children. Educated mothers are more likely to promote the education of their children, can better nurture their children, and participate more in decision-making in their households.
Education paves way for a demystification of otherwise tabooed yet vital social issues. When mothers are aware of sexual and reproductive rights, they hold the reins to family planning, allowing for birth spacing, adequate provision of physical, psychological and social health. Adolescence is a complex transition stage into adulthood and research has intimated that inadequate preparation regarding issues arising out of puberty can show its consequences later on in life. Educated mothers can sensitize their children about body rights, bullying, menstruation, drug abuse and peer pressure along with imparting necessary life skills to lead adolescents into their social role as an adult.
Female education is not only a vehicle of women empowerment, rather it paves way for increasing benefits to the society at large. Countries benefit from women’s education and participation in diverse spheres of life. In a 2018 World Bank Study titled, “Missed Opportunities: The High Cost of Not Educating Girls”, it was estimated that “limited educational opportunities for girls, and barriers to completing 12 years of education, cost countries between US$15 trillion and $30 trillion in lost lifetime productivity and earnings.” Women’s education translates into a range of social and economic benefits for the girls themselves, their children and their communities. The data linking female education to social and economic uplifting of households, communities and nations looks promising. Women with formal schooling have been known to participate more in the formal labor market, earn higher incomes, marry at a later age, have fewer children, and enable better healthcare and education for their children when they become mothers. Thus, it is easy to say that educated mothers lift households, communities, and nations out of poverty. 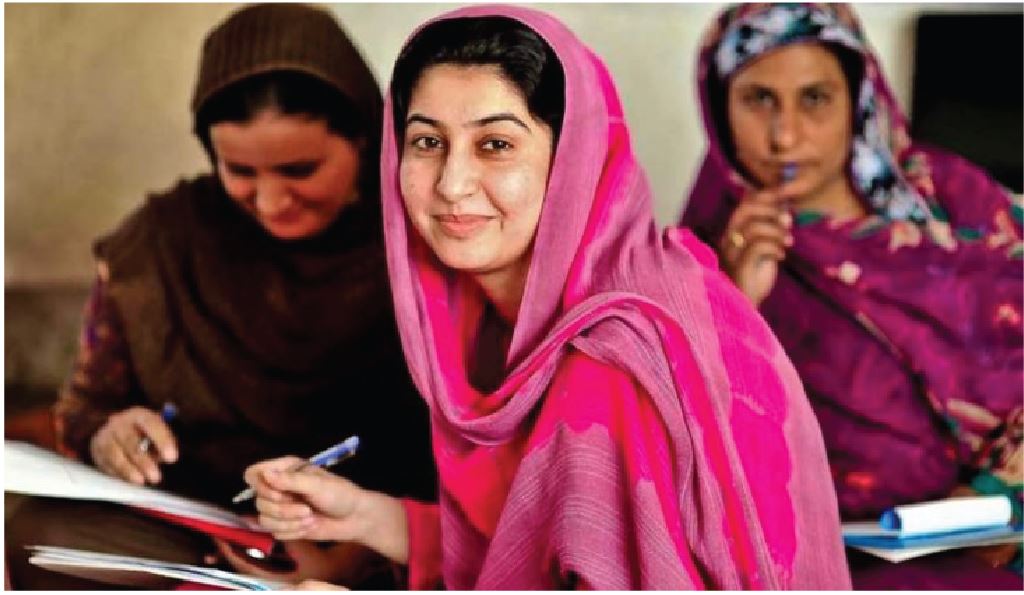 Countries around the world have long recognized the need for women’s empowerment and gender equality as reflected in diverse programs and policies. However, the need, apart from equitable access to education, is also to ensure fair participation of women in decision making structures related to education. ‘Women’ is not a homogenous group and an intersectional lens allows us to uncover how the diversity that includes divorced women, widows, women with disabilities and rural/urban women, working women, housewives, etc., equally need accessible platforms for awareness of their rights and respective issues, be empowered enough to voice their concerns and serve as role models for other women sharing similar experiences. Additionally, educated women from different backgrounds may facilitate indigenous conceptualization of empowerment for policymakers and development practitioners.
Where mothers, no doubt, have a huge role in children’s upbringing, all the household members have an equal part in sharing this responsibility. The earlier patriarchal social and political structures, which were inherently violent towards girls, are now witnessing a transformation. A famous saying, “The hand that rocks the cradle rules the world,” reinforces the great influence a mother exercises over the lives of her children. Gender equality goes hand in hand with the economic and social development of any society. For Pakistan to transition towards a gender-just society, women’s untapped potential should be explored and especially educated mothers need to be acknowledged as a valuable asset. HH

The writer is a Lecturer of Anthropology at National University of Medical Sciences (NUMS).
Email:[email protected]