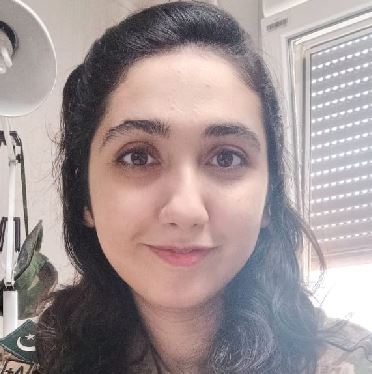 “If I had a palace made of pearls, inlaid with jewels, scented with musk, saffron and sandalwood, a sheer delight to behold, seeing this I might go astray and forget You the creator. Your name would not enter into my mind. Without the lord, my soul is scorched and burnt.” 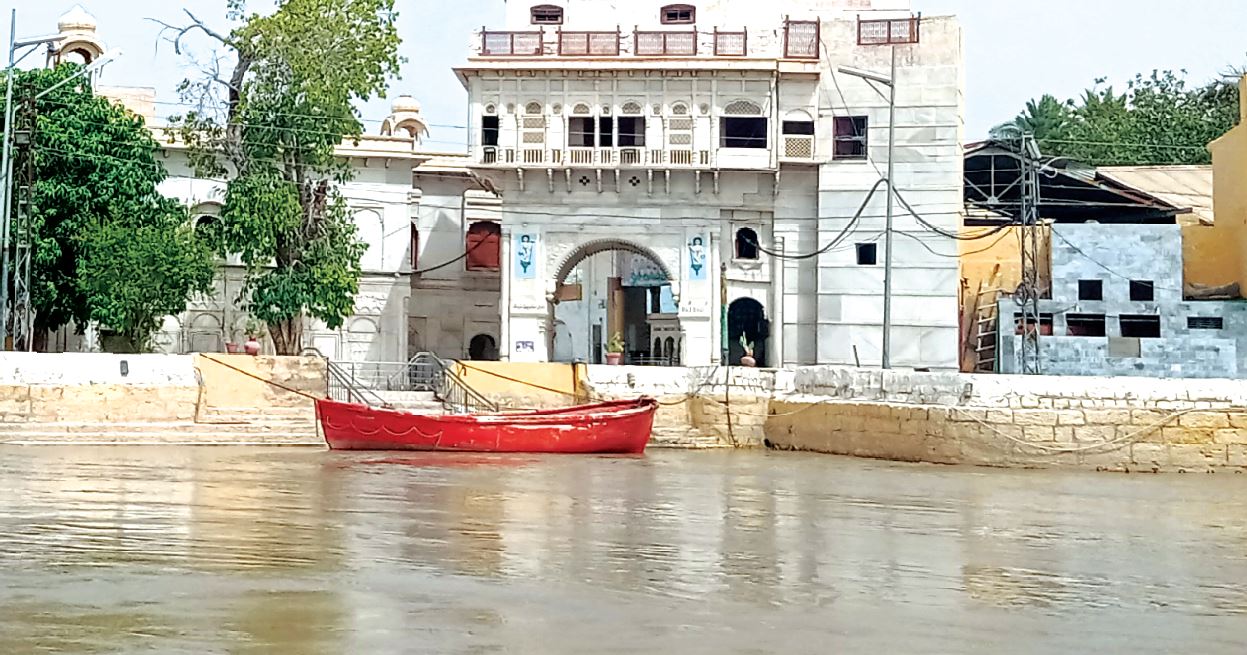 While living in Hyderabad, I had heard a lot about the ‘Woods of the Sage’ and its astrologer ‘Pujawari’, whose many prophecies and predictions were believed to have materialized. I was told that in the middle of the flowing River Indus, between Rohri and Sukkur, lies a small, tear-shaped island called Sadhu Bela, having Pakistan’s largest temple. So one day, to assuage my appetite, I decided to take a plunge into this mystic experience of exploring this majestic island. On reaching Sukkur, amidst the gushing waters of the mighty River Indus, I saw a majestic temple, radiating the teachings of humanity, justice and compassion, revered as the Mecca of Hindus. The temple stands graciously tall on an island, braving the currents of River Indus for the last 199 years. As per legend, a young boy named Bankhandi from Nepal started his journey for the quest of truth in 1823. After traversing different terrains and braving harshness of the changing seasons he entered India which was witnessing the collapse of the Mughal Empire. The Muslim Empire that once stretched across India to the borders of Afghanistan, the symbol of religious tolerance and justice was gasping its last breaths. On reaching the banks of River Indus at present day Sukkur, which was a major trading hub back then, the 15-year-old Bankhandi saw a beautiful island known as ‘Menak Parbat’ meaning masculine mountain (as per Hindu mythology many ancient mountains had wings and had the divine power of flight but the wings were cut by Lord Indra, god of skies, lightning, weather, thunder and storms).
This beautiful island was once a forested land and after Baba Bankhandi Maharaj settled here, this place was renamed Sadhu Bela — the Woods of the Sage. According to another source, Sadhu Bela is named after an Arab commander, Saeed, who occupied this island and stationed here for some time. To reach this place, one has to reach the banks of River Indus where a boat awaits to take the devotees to this majestic temple. The brief journey to the temple itself is a very catching experience, one can see gushing waters of the Indus gently making way for the boat. While sailing in the Indus, one can see a solid huge metal structure hanging over the waters, the Lansdowne Bridge, a reminiscence of the British era. The bridge was inaugurated on March 25, 1889 and is still in use, connecting Sukkur with Rohri. There is another bridge, called Ayub Bridge, a marvel of civil works, which was built immediately adjacent to the Lansdowne Bridge, in 1962, further facilitating the communication between the, two cities separated by River Indus. While traversing the waves, one can also see the remains of an old fort that was constructed by a young Arab General, Muhammad bin Qasim after his invasion of Sindh.   On reaching the banks of the Sadhu Bela, one enters the majestic complex through the main gate called Raj Ghat. The compound comprises a total of twenty Ghats (gates), eleven Manders (temples), a library, langer (dining house for devotees) and a beautiful garden. There are also rooms for the monks and devotees who intend to stay on the island for a spiritual retreat.

The most intriguing part is the library where I sat with the pujari who is the caretaker of Sadhu Bela. The pujari, Mr Rajeesh, was in his late fifties, a medium height man in the typical orange attire with a traditional headgear of pujaris. I was thoroughly impressed by his prowess in subjects like astrology, spirituality and palmistry. He talked about his 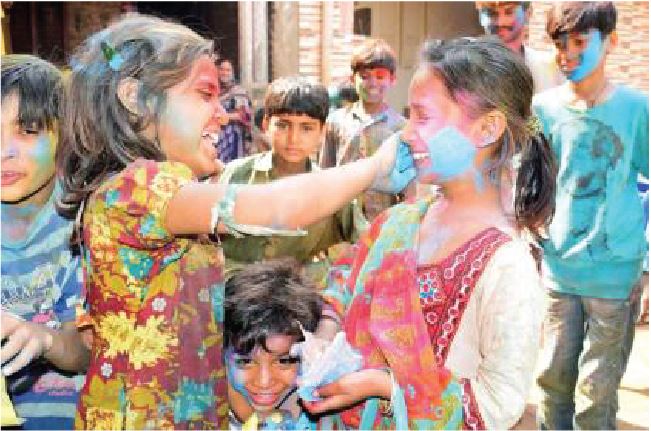 spiritual experiences normally ascribed with mysticism. He would interview visitors for ten minutes then he would start revealing to them their personality traits, weaknesses and strengths. It was a good self-awareness session with him. He told me how various governments of Pakistan had been taking care of these temples by providing financial assistance. He proudly showed me the visitor book placed in the library having the remarks of various prominent personalities including President Zia ul Haq. While sitting in the tranquil ambiance of the library, my husband inquired about the history of Sadhu Bela. The pujari revealed that this island was just a clump of trees when young Bankhandi first arrived here. Despite being a desolate and deserted island he liked the place, probably because of the serenity in the ambiance accentuated by the subtle melody of the striking waves of the river. He had fallen in love with this green island and chosen it as a place to set up the Sacred Fire (Dhuni). While he was sitting beside the sacred fire and witnessing the burning orange flames producing the gray smoke, he saw Annapurna, the goddess of grain. She presented young Bankhandi an oblong metal object called kamandal (a pot with a handle) and told him that as long as this kamandal is in the complex, there would never be any shortage of grain for the community kitchen. “This holds true even after hundreds of years, we are never short of food for the devotees and monks,” said the pujari with a smile on his face. 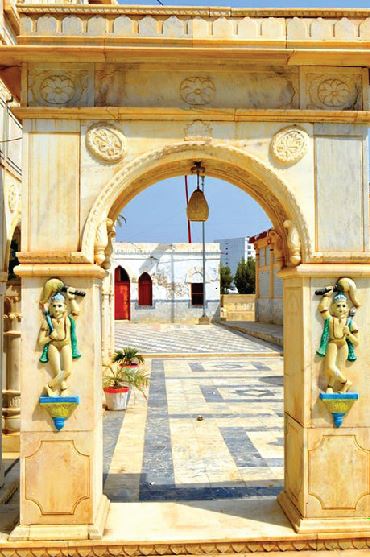 After this brief history the pujari stood up and took us for a tour of the complex that had various temples dedicated to Annapurna, Hanuman, Ganesha, Shiv Shankar, places for Granth Sahib (holy religious scripture of Sikhism) and Bhagavad Gita. We saw some renovations being done like repainting of the complex, repair of minor damage to the minarets and polishing of bells. On inquiring, the pujari told us that the annual death anniversary Mela of Baba Bankhandi Maharaj Mela is around the corner. It is attended by thousands and is celebrated as a three-days festival in which pilgrims are provided with free lodging, food, and water. The Gaddi Nasheen of the temple, the family that has been managing the temple complex for generations moved to India after the Partition in 1947. But members of the family still travel once a year to Pakistan to officially inaugurate the festival, as its symbolic keepers. Every year Diwali festival is also held on the island with religious zeal and zest which is attended by the people from distant areas including Balochistan. After the festivity is over the monks’ cells lie empty with cobwebs and dust, the library is devoid of readers, the books mired in dirt and the verandahs show stark absence of devotees but the white marble of this Udasi shrine glitters still.
There are three quite interesting things ascribed with this sacred complex. Firstly, for the better understanding of devotees, most of the holy inscriptions are written in Sindhi, instead of Hindi. Secondly, there still exists a tree in the temple premises under which Guru Nanak, the founder of Sikhism, taught sadhus about the truth of life. Third, the temples are associated with the syncretic Udasi movement (Dasipanth religious tradition), which was founded by Sri Chand (1494-1629), elder son of Guru Nanak (1469-1539). The Udasis are ascetics who do not possess any property and spend their life disciplined by yoga, meditation and reciting the prescribed texts. Their religious practices border on a syncretism of Sikhism and Hinduism which makes this island a harbinger of religious harmony of Hindu and Sikh worshippers and Muslim caretakers.
Sadhu Bela is not a temple ornamented with jewels and expensive stones to mesmerize the visitor with its worldly beauty but a simple place meant to assuage the visitors spiritual quest by touching their hearts with divinity.  Probably that is why on one of its marble doors is inscribed: If I had a palace made of pearls, inlaid with jewels … I might go astray and forget You, and Your name would not enter into my mind. HH