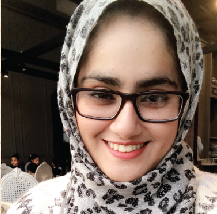 Protection and Preservation of Cultural Heritage in Pakistan: A Legal Paradigm

Cultural rights have more often than not been qualified as an ‘underdeveloped category’ of human rights. This term was coined at a seminar held at Fribourg University in 1991. It can be interpreted in comparison with other categories of human rights; civil, political, economic and social, cultural rights being the least developed as far as their scope, legal content and enforceability are concerned.

In order to comply with Sustainable Development Goals 2030, as laid down by the United Nations, the concept of sustainable tourism has become vital for the protection and the management of the cultural and natural world heritage sites and their Outstanding Universal Value. Sustainable tourism will allow Pakistani communities to thrive and will have an increased sense of responsibility towards the conservation of World Heritage Sites.

Until recently, cultural rights were the least talked about. This neglect was evident not only in doctrine but also in State practice worldwide. Furthermore, cultural rights were always read in light of social and economic rights due to which cultural rights received less attention.
The concept of cultural rights first emerged in Universal Declaration of Human Rights, adopted by the United Nations General Assembly on December 10, 1948. Article 27 states:

These rights were additionally enshrined in human rights instruments that were formed later, inclusive of International Covenant of Civil, Political and Religious Rights (ICCPR) and International Covenant of Economic, Social, Cultural Rights (ICESCR). It is through these international legal instruments that the right to enjoy cultural heritage, tangible or intangible, was recognized as a basic human right.
Pakistan, as a state, is home to several natural and historical heritage sites. From remains lasting from the Indus civilization in the South, the Buddhist stupa’s in the North, to the grand forts, mosques and breath-taking walled cities lasting from the Mughal Era. However, in order to protect and preserve these invaluable, movable and immovable cultural heritage for later generations, it is imperative for successive governments to enact progressive legislation along with realistic policies that can be implemented in their truest spirit.
Pakistan is signatory to several international conventions which deal with preservation of cultural heritage, e.g. Convention for Safeguarding of Intangible Cultural Heritage (2003), Convention on the means of Prohibiting and Preventing the Illicit Import, Export and Transfer of Ownership of Cultural Property (1970), Convention concerning the Protection of the World Cultural and Natural Heritage (1972) and Convention for the Protection of Cultural Property in Event of Armed Conflict (1954) and hence, under an obligation to comply with the laws enshrined within. Since Pakistan is a dualist nation, it needs to pass a local legislation that further translates these international laws into its domestic framework. During Taliban’s occupation of Swat, the Swat Museum was heavily plundered and looted. The United Nations has been formulating resolutions to combat the pressing issue of terrorist financing through stolen and looted art pieces from war zones. Although there is no evidence of terrorists using artefacts from the Swat Museum to finance their means of war, however, lack of inventories and absence of local legislation corresponding to the 1954 Convention led to a loss of national heritage artefacts without a trace. It is imperative to enact a comprehensive legal framework that aims to protect the heritage in case of armed conflict along with encouraging armed forces to introduce this convention, its importance and measures to be taken in order to protect museums/heritage sites, in its curriculum. Since the ratification of the 1972 Convention Concerning the Protection of World Cultural and Natural Heritage by Pakistan in 1976, UNESCO designated six sites in Pakistan as World Heritage Sites while 26 remain on the tentative list. The World Heritage Sites are considered of having Universal Outstanding Value (UOV). UOV is defined in the Operational Guidelines as, “cultural and/or natural significance which is so exceptional as to transcend national boundaries and to be of common importance for present and future generations of all humanity.” 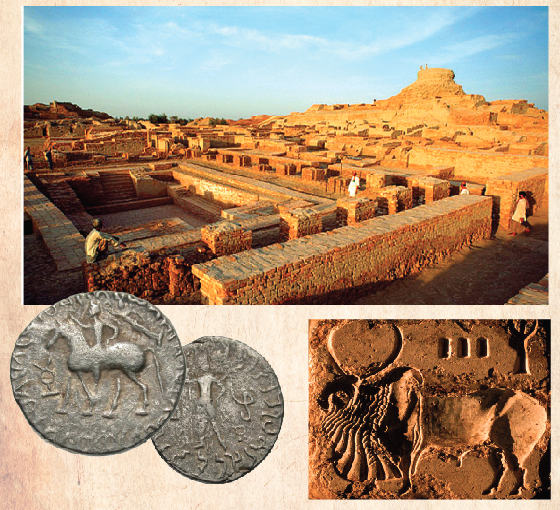 The domestic legal framework that protects national immovable and movable heritage consists of several laws and rules. In 1947, Pakistan adopted the Ancient Monument Preservation Act 1904. This legislation was repealed and replaced by Antiquities Act in 1968 that retained most of the clauses of the former legislation. The new law made a distinction between an ancient monument and antiquity dealing with buildings and movable cultural objects. Furthermore, it allowed the government to assume custody of the antiquities or the building as a guardian if it was in danger and if an important aspect of history was threatened to be lost. The Antiquities Act of 1968 was replaced by another one of 1975, by which an ancient object was defined to be not less than 75 years old. This law acts as the fundamental federal legislation on protection of heritage; however, it needs to be amended in light of modern day challenges posed to protection/ preservation of heritage.
The previous governments had little to no preference to preserve/protect cultural heritage. However, the government in power today has taken steps to encourage and increase the number of tourists coming to Pakistan and also aims to improve its economy through tourism. It is crucial for all the concerned departments (Ministry of Tourism, Ministry of Foreign Affairs, Ministry of National Heritage and the Provincial departments) to come up with futuristic policies that aim towards the preservation of heritage, whether natural or cultural, and to use it to promote tourism. Additionally, the concept of sustainable tourism needs to be incorporated within these polices and existing legal framework.
In order to comply with Sustainable Development Goals 2030, as laid down by the United Nations, the concept of sustainable tourism has become vital for the protection and the management of the cultural and natural world heritage sites and their UOV. Sustainable tourism will allow Pakistani communities to thrive and will have an increased sense of responsibility towards the conservation of World Heritage Sites.
There have been a few notable projects undertaken to preserve Pakistani tangible and intangible cultural heritage. These projects range from the establishment of the National History Museum, heritage walks in the old city of different cities, the restoration of the Shahi Hamam in Lahore to the events to restore cultural life in the walled city of Lahore by the Walled City Authority. There still remains a lot which is needed to be done in order to push the boundaries and prevent the cultural life and heritage from diminishing.
Additionally, Pakistan’s legislative regime on the preservation of cultural heritage and prohibition of illegal trafficking of antiquities lags behind and still a lot needs to be done in order to bridge the gap between the law and the issue of illegal trafficking of artefacts. Federal and Provincial governments should amend laws and introduce penalties proportional to the offense. The government should also make serious efforts towards formulating inventories and ensuring better security checks on borders and ports to curtail this lucrative black market of illegally trafficked art pieces.
In order to protect our identity, it is necessary to integrate all provinces with their respective cultures and heritage without any bias. Same efforts should be made to protect the Kalash valley in addition to promoting Balochi dresses and folklore. Pakistan’s provincial cultural heritage once recognized as different yet equally important is when we can stand further united as a nation.

The writer is a lawyer.
E-mail:[email protected]