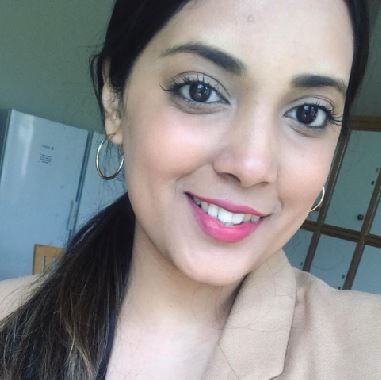 Farhat Qureshi, 55, a housewife and a former school teacher, sells Swedish company Oriflame’s cosmetic products over smartphones. She manages a team of 15 to 20 female workers, mostly mid-aged homemakers. For the past three years, every month, Farhat’s team has sold cosmetic products worth thousands of rupees and provided free consultations regarding skincare and makeup. They provide these services on the American company META three significant platforms in Pakistan: WhatsApp, Facebook and Instagram. 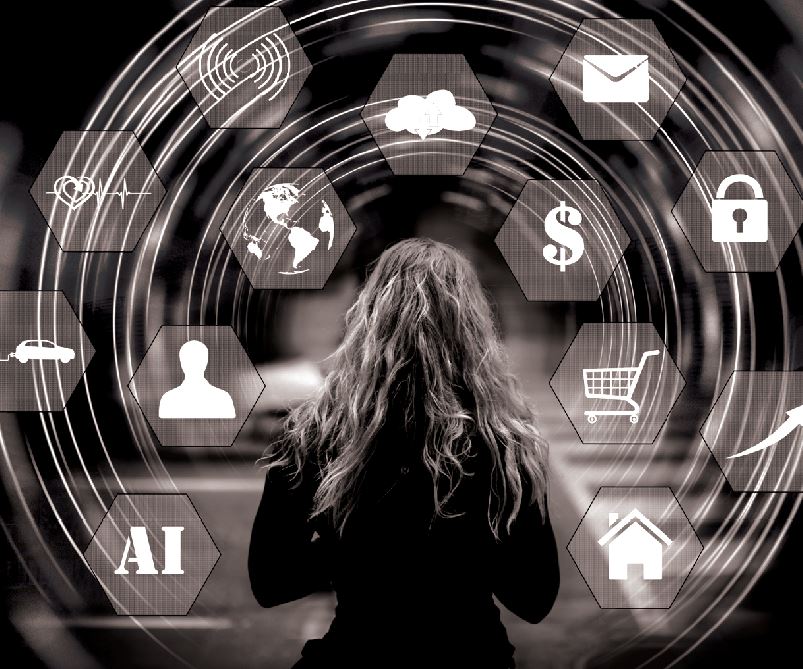 Although, it was only five years back when Farhat got her first smartphone. Her three daughters, who gifted her the smartphone on her birthday, sometimes got annoyed by Farhat’s perpetual naivete over her questions about the function of the smartphone. “It is not like they did not want to help me, but I had so many questions,” says Farhat, “It was like returning to school, with no teacher to guide. My daughters helped me as much as possible, but sometimes my questions were so elemental that they  sounded almost idiotic. For instance, I mistakenly switched on the mute button and was worried for days if my smartphone had lost sound, especially on receiving calls. It took my daughter merely two minutes to solve the issue, but I was reluctant to ask for help. My husband, Moazzam, 62, still uses a phone with buttons. He thinks I am obsessed with my smartphone, ironically, like our daughters, but in my case it serves the purpose of being my school and office. I recently made a WhatsApp and Facebook account for him and taught him how to use easypaisa.”
Farhat has a bachelor’s in education from the Allama Iqbal Open University. Like her, several middle-aged women across Pakistan, employed by various organizations or running their own businesses, take on social marketing and e-commerce for work while managing their households.
“When I became an Oriflame consultant, they only ensured if I had a basic understanding of cosmetic products, a smartphone, WhatsApp and Facebook account. Initially, I attended in-person meetings and training where there were several women like myself. Our trainers taught us how to beneficially use our smartphones and social media platforms to sell the products while honing our skills. I was recently promoted to the managerial level, and I owe it to the training I received,” says Farhat about her journey.
Nadia Patel Ganjee is the founder of an online marketplace for women, Shoeps. She is also the CEO of Femprow, a social initiative that helps in women’s professional growth and financial empowerment via offline and online entrepreneurship. Nadia is a women’s economic empowerment advocate and Facebook’s community leadership program fellow at Meta. Since 2018, she has provided social marketing and e-commerce training to over 10,000 Pakistani women.
“Over the years, I have seen that it usually takes women one to two months to learn social marketing on platforms such as WhatsApp, Facebook and Instagram as opposed to Tik Tok, Snapchat and YouTube, where women do not actively market their products,” says Nadia.
“For social commerce, Facebook and WhatsApp are the most common platforms. Women only require five to six weeks of training to become proficient with organic tools such as creating and posting content on a Facebook page, managing a business account and providing customer service over WhatsApp. Conversely, learning about Facebook advertising and e-commerce usually takes three to six months. I’ve seen that they still need some external technical support from a freelancer or a digital marketing company 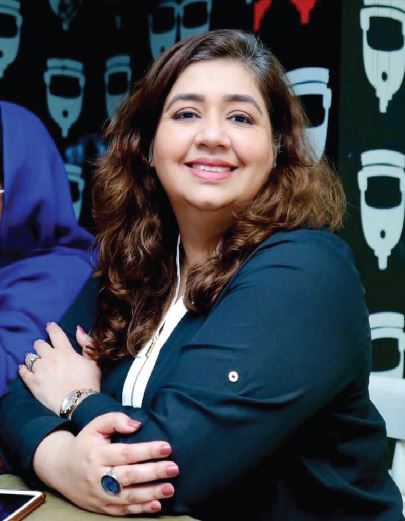 when it comes to devising strategy, setting up means to pay for paid marketing, creating a website, managing their accounts on e-commerce platforms such as Daraz, Shopify and online payment platforms such as easypaisa, JazzCash,” explained Nadia.
women over forty come from a generation not exposed to social media or the internet. However, once they are trained, they do a tremendous job. I believe their age and experience give them an edge.
“Femprow has a Facebook and WhatsApp group where our current trainees and alumni come for advice. We’ve created a large community of successful and aspiring female entrepreneurs. Pakistani women, especially middle-aged females, mainly require hands-on training, exposure and access to knowledge. Consequently, we have seen women over forty adapt to technology as skilfully as the younger generation,” she said.
According to the Shoeps founder, “Pakistani women are generally given fewer chances than men, which makes them hesitant about claiming the most basic of their rights. They constantly question themselves. The most common phrase I’ve heard over these years is, Pata nahi main kar paungi ya nahi (I don’t know if I can do it).”
“It is quite understandable, because women over forty come from a generation not exposed to social media or the internet. However, once they are trained, they do a tremendous job. I believe their age and experience give them an edge. It allows them to do better marketing and understand their consumers, especially the younger generation. Femprow has digitally empowered several women across Pakistan, especially in small cities, towns and villages. Our most recent programs, #shemeansbusiness and We Think Digital, have seen several success stories,” adds Nadia Patel Ganjee.
One of the many members of Femprow, Nafeesa Halai, 58, is a pharmacist, a remedial educator and mother of two. She has been successfully running a home-based start-up called Picklenary since 2015. Nafeesa kicked off Picklenary with her mother’s special grated kairi achaar, which was quite famous among her friends and family.
Nafeesa says, “Initially, I did not even know how to use a computer. It took me hours to type assignments during my training for remedial education. I relied on my husband and elder daughter when it came to technology. I created my Facebook profile in 2014 so I could see the pictures of my children uploaded when visiting my sister in the United States.
“It has been a long and gradual journey for Picklenary. The idea was born in my living room. My family and I sat across from each other, and my daughter floated the idea of selling our special grated kairi achaar because I was already making it for several people in good faith. On that day, I can vividly recall having this conversation with my daughter where I asked her, isey khareedy ga kaun aur bechengy kese, and my daughter replied, through the word of mouth. From there, we started our business. My daughter and husband were my greatest support. Unfortunately, my husband passed away right before my first ever food exhibition in 2016. That brought a huge blow to my health, but my daughter supported me through that too.
“While I observed, my daughter and some friends took care of Picklenary’s stall at a significant food exhibition. That day we sold almost 90% of our stock, and luckily, next to ours was Femprow’s booth. They were astonished by our sales and offered us their membership.
“Femprow and a tech freelancer studying at my daughter’s university, LUMS, helped me grow Picklenary on Facebook, Instagram and WhatsApp Business. I learned social media management, customer service, record-keeping, photography and how to scale up. Now I am also able to make financial statements for my business, create balance sheets, manage cash flow and income statements, all because of the training I have received over these years. I started with a single product, but now I am making a variety of pickles, chutneys and savouries including khaman dhoklas, spinach pies, dips, sauces, soup, and chilli oil.”
Pakistani women generally have fewer business opportunities than men because, as girls, the social protocol dictates that family is their sole priority in any case. They are reminded that having their own business is something unwarranted. There should be training and networking platforms for female entrepreneurs that would unlatch various opportunities and business avenues for them and age should not be a hurdle in growth and progress. HH 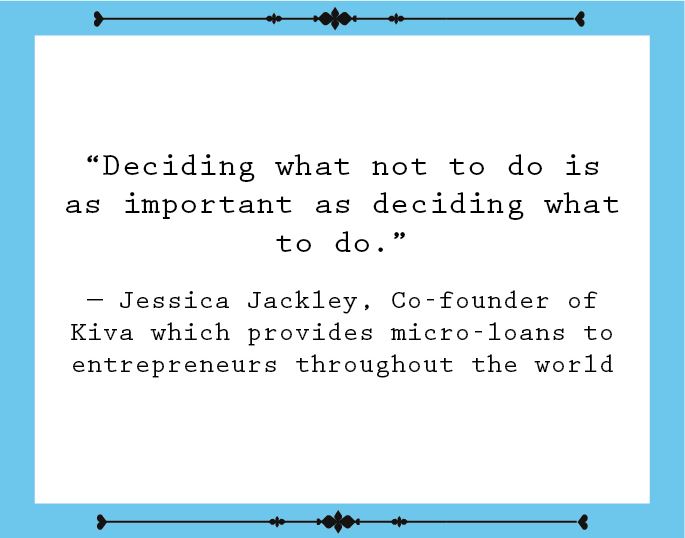