In every society women play the roles of mothers, sisters, wives or daughters along with other roles that are vital to the functioning of a society. When we think of such women, Fatima Jinnah is a perfect example. She was not only the doting sister of Quaid-i-Azam Mohammad Ali Jinnah but a dental surgeon, one of the most visible female figures of the Independence Movement and a stateswoman. Post-independence, she continued to contribute towards the progress of Pakistan and even entered electoral politics in this pursuit. 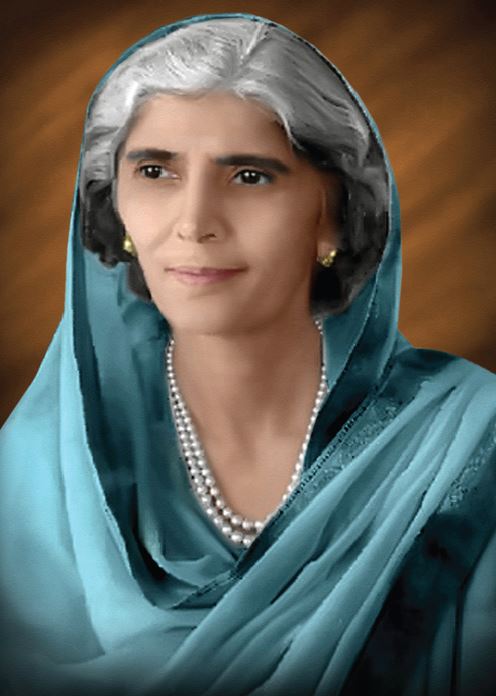 Fatima Jinnah was born in Karachi on July 31, 1893. She was the second last of the seven siblings and Muhammad Ali Jinnah was the eldest. She was closest to her brother, Muhammad Ali Jinnah. After finishing school, in 1919, she got admitted to Dr. R. Ahmed Dental College and Hospital, University of Calcutta, to pursue a career as a dentist. After her graduation in 1923, she went back home with the idea of opening a dental clinic in Bombay.
After the death of Jinnah’s wife in 1929, Fatima shut her clinic and took charge of his household. And she never looked back after that, devoting her life to her brother and the cause of Muslims of India. Quaid-i-Azam appreciated his sister saying, “My sister was like a bright ray of light and hope whenever I came back home and her anxieties would have been much greater and my health much worse, but for the restrain imposed by her.” 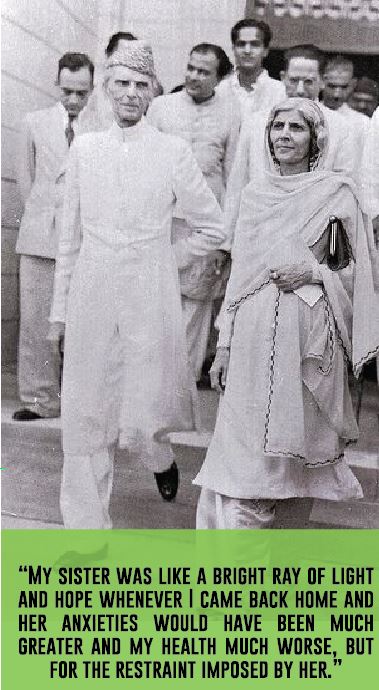 She became one of the closest associates and adviser to Quaid-i-Azam. She believed in the end of the British Raj and was a strong proponent of the two-nation theory. She was a leading member of the All-India Muslim League and accompanied her brother to every public appearance that he made. She is popularly lauded as the Madr-e-Millat, or Mother of the Nation for her role in the freedom struggle.
She did not retreat from public view once Pakistan became independent but continued her work for the betterment of the new nation’s people. She co-founded the Pakistan Women's Association, which aimed at helping the resettlement and related issues of female migrants. She also continued to remain the closest confidant of her brother until his death. She wrote the book My Brother in 1955, which was published in 1987.
In the 1960s she re-entered the political sphere and served as the Leader of the Opposition. She did this because she believed that Pakistan was drifting away from the ideals of its founders. She answered to the call of the people and ran for presidency of Pakistan, at the age of 71, as a candidate for the Combined Opposition Party of Pakistan (COPP) in 1965. Although she lost the Electoral College, she won the popular vote and continued to serve as the Leader of the Opposition till her death in 1967.
Fatima Jinnah worked towards making the women of Pakistan financially independent because she believed men and women should both work side by side for their own and the country’s prosperity. Fatima Jinnah was cognizant of Islamic values and the role and responsibilities of women in that context. She believed in the essential role of women in the society without which it cannot progress. She showed by example that you can not only play the roles that are traditionally associated with a woman but also build a career for yourself and contribute your potential in any sphere of life when it becomes imperative.
Fatima Jinnah died in Karachi on July 9, 1967 of heart failure. She remained immensely popular and is considered as one of the greatest female figures of Pakistan has produced. Fatima Jinnah is a role model for the women of Pakistan. She was a woman in her own right with a character marked by commitment and constancy. She is a symbol of female empowerment in all the ways that a Pakistani woman should be empowered.
In her death, like her life, she received tremendous honours from the nation she so selflessly served. She is remembered for her support for women’s rights and devoted struggle in Pakistan Movement. HH