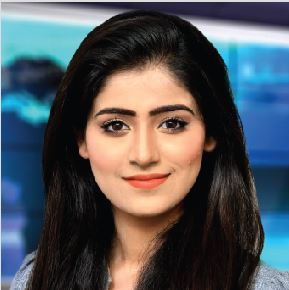 After August 5, 2019, things in Kashmir have spiralled out of control at an escalated pace. The voices of Kashmiris that have been thwarted by the fascist state of India under the garb of many old and new anti-humanitarian laws are now almost completely stifled. Kashmir, a heaven that has been under the occupation of the oppressive forces of India for decades, had hope that the international community will rise and hear Kashmiri voices but after the abrogation of Articles 370 and 35(A) Kashmiris have become even more dependent on this hope as the Indian government enforced a complete lockdown in Kashmir — a lockdown unlike the one in the rest of the world. 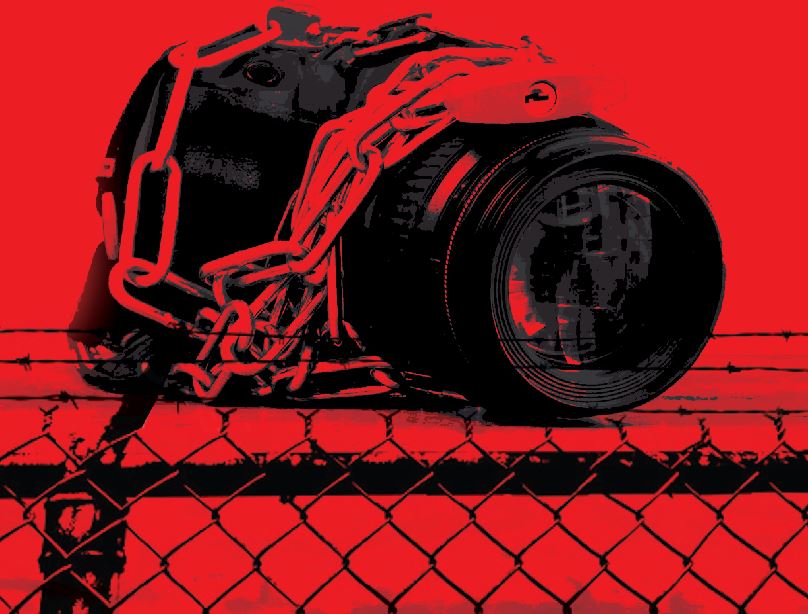 While the rest of world went into a lockdown itself to save lives, Kashmiris face a lockdown that was put in place to execute a genocide with impunity. This clamp-down took away basic human rights from Kashmiris. Their freedom of speech, freedom of movement, freedom of assembly, freedom to excel, freedom to have a livelihood have been snatched away. Internet services were taken away so that no one in Kashmir could tell the world what they are going through; the rule was that no information goes in or out of Kashmir. The information and communication blockage that Kashmiris face even today is the worst and the longest that any place in the world has experienced. The international community and United Nations (UN) observers are not allowed to visit the Valley freely. A British MP who chairs a parliamentary group focused on Indian Illegally Occupied Jammu & Kashmir (IIOJK) was denied entry into India despite having a valid visa. It is seems like India wants to imitate Hitler’s model of planned ethnic cleansing and genocide. 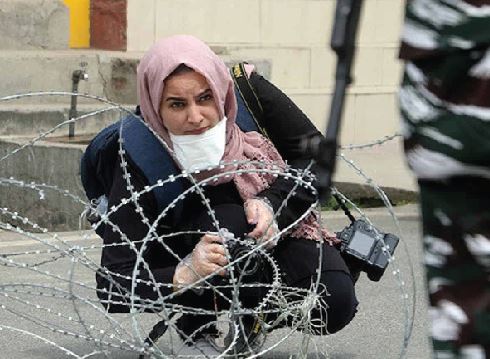 Historically, oppressors are looked down upon after their era comes to an end and thus, they try everything to conceal their inhumane actions; Narendra Modi and his minions do not want the world to know the ugly face of India where children are taken away from their mothers, juveniles are thrown into jails, women are raped mercilessly, men are murdered in cold blood, teenagers are shot down in fake encounters and toddlers are sprayed with pellets. In such times when an entire community is being prevented from raising their voice and is at a risk of being annihilated, the need to tell their side of the story becomes even more imperative. In case of Kashmir, the role of media as a storyteller, fact checker and a whistle-blower is pivotal for saving lives of thousands of innocent people. But what if the storyteller becomes the story?
Recent revelations by EU DisinfoLab proved that India thrives on perception instead of reality, which is why Narendra Modi wants to control every news about Kashmir. A false and one-sided narrative that justified illegal Indian occupation of the Valley is to be propagated to deceive the world. As a result, the game to silence the media by force or by money began and the local media of Kashmir bore the brunt. Some Indian journalists visited IIJOK immediately after the abrogation of Articles 370 and 35(A) after which they described the grim situation in Kashmir in a press conference, which angered the Indian government. That’s about all the domestic media could do, as most of it are bought lackeys of the Modi government and the rest of it were silenced by the government through intimidation and pressure. Kashmiri voices have been filtered out of the news; a biased, one-sided reporting over the clampdown in Kashmir is the new norm in India. So-called Indian journalists like Arnab Goswami have become enablers of BJP brutality. There was, however, an uproar on the international media about this arbitrary decision of India in which Kashmiris had no say whatsoever. The international media still reports about Kashmir here and there, but their reporters do not have free access to IIOJK.
In any conflict area, the local media is the most reliable and important link to report on what is actually happening on ground. For this very reason it is also the most vulnerable one. According to  Committee to Protect Journalists (CPJ) study, 85% out of all journalists killed in war zones are locals. Journalists are protected in war zones under International Humanitarian Law (IHL) but not in Kashmir. The local media of Kashmir is going through one of the toughest times as draconian laws and new discriminatory laws are being used to hush the local journalists. The Kashmir Press Club says: “While journalism in Kashmir had never been easy, challenges and hardships have multiplied for journalists since August 5, 2019.”
Since August 5, 2019, the cases of journalists and news outlets being harassed and intimidated by the Indian occupation forces, police and BJP supporters have skyrocketed. On December 10, 2020, three Kashmiri journalists, Fayaz Lolu, Mudasir Qadri and Junaid Rafiq, covering the highly controversial local elections in southern Kashmir, were tortured and detained by the police for interviewing the unsatisfied voters while all their equipment was confiscated. On October 19, 2020, just a day after Kashmir News Service was sealed, The Kashmir Times, one of the leading English language dailies in Kashmir was also sealed. On September 19, 2020 the cybercrime wing of Jammu and Kashmir police summoned and harassed a Kashmiri journalist Auqib Javeed for reporting the intimidation of Kashmiri social media users by the police. Qazi Shibli, editor of The Kashmiriat was detained by authorities on July 31, 2020. The editor of a news portal, Kashmir Wala, Fahad Shah, was summoned on May 20, 2020. An FIR was filed against Kashmiri photojournalist Gowher Geelani on April 21, 2020. Journalist Peerzada Ashiq was questioned about his news article on April 19, 2020. 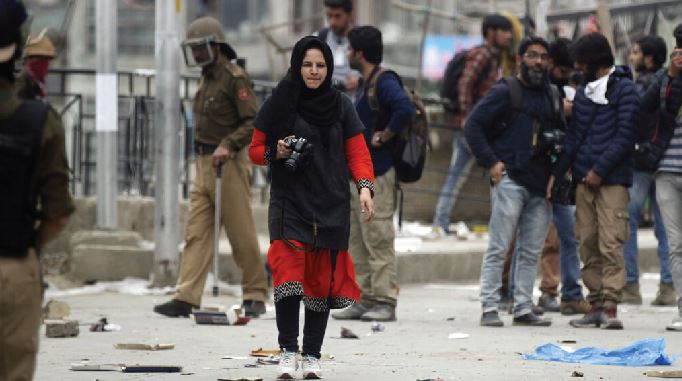 Male journalists are not the only ones facing attacks, female journalists are harassed and threatened of dire consequences as well in order to muzzle the voices that raise the curtains from the ground realities of Kashmir. One such example, is Masrat  Zahra, a female photojournalist who hails from Hawal, Srinagar, IIOJK. She has been working as a freelance photojournalist for the past five years focussing on the Kashmir Conflict and local communities. Her photographs became the voice of the women of Kashmir who suffer every day and yet go unheard under the occupation by India. Ms. Masrat ’s work has been featured in many renowned international news organisations. On April 18, 2020, Masrat  Zahra was booked under the draconian law, Unlawful Activities Prevention Act (UAPA) 1967, for publishing ‘anti-national’ posts on social media. Police harassed her by calling her time and again and demanding that she present herself at the police station in front of the cybercrime wing’s SP. According to the police, Masrat had uploaded photographs that could provoke the public into disturbing law and order. The FIR did not mention that Masrat was a photojournalist, the authorities were trying to hide her professional identity. If there was nothing inhumane happening in Kashmir, what could have Masrat really posted on social media that irked the occupying forces to such an extent that led them to harassing and threatening her? The stance by police clearly indicates that the BJP regime did not want the world to know what was happening in Kashmir. Masrat accuses the Indian authorities of labelling her as a terrorist for doing her professional work. Masrat says, “I do not understand why they (the authorities) are doing this. It’s my professional work, I have not done anything wrong. I am a journalist; I do not have any political agenda.” The Kashmir Press club condemned the case against Masrat and described her as a “young and promising female photojournalist.” The press club added: “Cases against journalists for their stories and work are unwarranted and outrightly illegal and draconian.” Masrat continues to tell the stories of Kashmiris to the world through her photographs despite all the odds and hindrances. She has won two international awards, Anja Niedringhaus Courage in Photojournalism Award and Peter Mackler Award for Courageous and Ethical Journalism 2020, for “telling stories of the women of Kashmir.”
What happened to Masrat is just a glimpse of the hardships that Kashmiri women, in general, and the local journalists, in particular, have to endure on a daily basis. Thwarting freedom of press and speech also has a massive economic impact on the Valley’s journalists. The BJP government, in a bid to snatch the livelihoods of the local journalists, does not give government advertisements to news organisations that go against the fascist agendas of Narendra Modi. It has become physically, psychologically and financially unviable to pursue journalism as a career in Kashmir, especially for women who are an easier target for such barbaric forces.
The journalists in Kashmir are risking their lives to bring the true story of the Valley to the world. 55 journalists and media staff have been killed by Indian forces since 2010, till date. The sad truth is that only one case was resolved out of these 55, these statistics give no hope of justice for the journalists of Kashmir. It’s time that this impunity be broken, and the occupation forces be taken to task for the grave human rights violations and crimes against journalists that are committed with full support of Narendra Modi and his government. A world where whistle-blowers and watchdogs are unsafe is a world where injustice and inequality prevails. Narendra Modi is silencing the storytellers of Kashmir so that a whole civilisation is forgotten by the world. Do not forget them, be their voice! HH