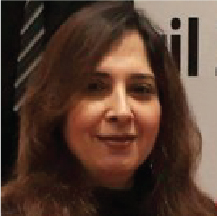 Forging Peace in the Neighbourhood and Challenges for Afghan Women

President Ghani and Vice President Abdullah Abdullah-led National Unity Government in Kabul has expressed doubts over the viability and eventual success of any parlays with the Taliban unless all the stakeholders — domestic and regional — are taken on board. So far, the Taliban are dragging feet on the US proposal to talk directly with the incumbent Afghan government, while at the same time not agreeing to a ceasefire. Since the talks have begun, many high profile attacks have been carried out by the Taliban killing Afghan National Security Forces (ANSF) and civilians in hundreds. And because the talks were not stalled, the experts sceptic about the Taliban’s sincerity to co-exist, have termed the development akin to bowing down to the insurgents. Now that the US has decided to exit from the battleground without carrying the obvious badge of failure, any compromise that provides for face-saving will be tolerated.

It is however, not clear as to what role the US plans to retain once it wraps up the war. Rumors abound that the US will not withdraw all its troops from Afghanistan. But it remains to be seen, if Taliban, who have been adamant to see all foreign forces leave their country, agree to the US presence, even residual.
The overriding concern for the US is to get an assurance from the Taliban that the Afghan soil will not be used by any international terrorist groups or individuals. Is that enough gain after spending billions? This is the question that leading voices in the US are asking the Trump administration. Experts are worried about the future of democracy and women in Afghanistan. They are worried to see the replay of 1989, when in a matter of three years, in ’92 the Afghan army collapsed because the paymasters had stopped lending hands. The real concern, however, centers around the legitimacy of the Afghan government.
Seeking legitimacy for a government widely viewed as corrupt and disintegrating from within because of internal power struggle is appalling. Is it appropriate to draw legitimacy for a government for the mere fact that it was formed as a result of elections? It should not be forgotten that the Afghan elections were neither fully free nor the Taliban induced fear allowed every Afghan to exercise their right to vote. The practice of importing a framework of governance labelled as democratic has failed and will continue to do so in the future. Perhaps that is what has made the democratic system a complete farce, especially in developing regions like South Asia and Latin America. Behind the veneer of democracy, donned to win the accolades of the West, is usually a system of constraints and pressures to curtail freedoms, most importantly the freedom of expression and movement.
In 2016, George Town University political philosopher Jason Brennan published a book, Against Democracy, in which he argued that democracy has been overrated and has failed to “empower citizens or create a more equitable outcome.” He suggested replacing democracy with epistocracy. Brennan defined epistocracy as a system that privileges a politically informed citizen over others. In this context, do we really believe ordinary Afghans to be even informed about their surroundings, let alone being politically active and knowledgeable?
For the last seventeen years the US-driven governments in Afghanistan have neither been successful in bringing economic stability in the lives of the ordinary Afghans nor have they been able to rope in the Taliban. In its quarterly report for the US Congress, the Special Inspector General for Afghan Reconstruction (SIGAR), has that the Afghan government currently controls or influences only 55.5% of the country's districts. The United States Department of Justice has also indicated the "unproductive, corrupt and patronage-laden" practices of Afghanistan’s attorney general. Even the ANDSF responsible to defend the war-ravaged country, have been losing personnel, an indication that the multi-billion-dollar training program funded by the US is failing. The ANDSF is short of roughly 40,000 personnel or 11 per cent of its target strength of 352,000.
In this mess, leaving aside democracy related issues, one can well imagine the plight of the Afghan women. It is rightly a matter of concern, given the tribal practices fastened to the extremist interpretation of Islam about the role of women. Human rights activists are worried that the Taliban may again act as spanners and get in the way of girls’ education and would treat them badly. The question is whether women in Afghanistan have fared any better in the last seventeen years. The statistics shared in The Times magazine report by Lauren Bohn, dated December 8, 2018, do not paint a rosy picture. According to Bohn: “Afghanistan has still ranked the worst place in the world to be a woman. Despite Afghan government and international donor efforts since 2001 to educate girls, an estimated two-thirds of Afghan girls do not attend school. Eighty-seven per cent of Afghan women are illiterate, while 70-80 per cent face forced marriage, many before the age of 16. A September watchdog report called the USAID’s $280 million Promote program – billed the largest single investment that the U.S. government has ever made to advance women’s rights globally – a flop and a waste of taxpayer’s money.”
In the face of all these failures, the only sense that should prevail is permitting an Afghan-led, Afghan-owned and Afghan-controlled governance structure with an allowance to let the majority party call the shots.HH

The writer is a columnist who writes for national print media.
E-mail:[email protected]