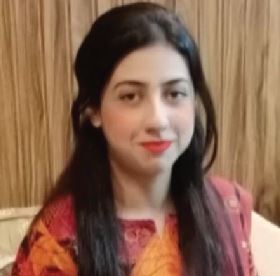 Dignity, Respect and Justice for All,

“All my life I’ve believed that men and women have equal capacities and talents … consequently there should be equality in life’s chances.”

We live in a country where we relish different cultures, traditions and folklore. Beyond political and economic problems that dwell in Pakistan, the country’s rich and vibrant culture makes it a great place to visit. What makes Pakistan stand out among different societies (and then these societies are bunched into families in the combination of male and female members) is that we cherish small moments of love and affection while at the same time sharing grief and sorrows, which make our culture rich, however, awareness still needs to be spread.
Moving within the boundaries and geographical dimensions of different societies, cultures, communities and countries I have seen many differences in Pakistan. As a society, we are still struggling to find a common ground. We are moving towards building a society that is modern but also follows the traditions rooted in our culture, such as raising our voice for justice and impartiality for everyone who feels trodden, especially women.
We, as a nation, have come a long way; we can see Pakistani women excelling in all spheres of life irrespective of their religion, sect, caste or creed. The world has witnessed that Pakistani women have broken the glass ceiling and have made their mark in many fields. It is appreciable that barriers have never stopped ‘her’ from achieving what ‘she’ aimed to do even if it meant risking her life. Pakistan has made significant efforts in empowering its women may it be politically, economically or socially but much still remains to be done.
On January 24, 2021, a news report by NBC, stated that a 31-year-old woman, who has not been publicly identified, was beaten, spit on and robbed during an attack in Harlem. “I couldn't believe it; it was like an animal. That's the only way I can put it, it was like an animal," the woman told NBC. A video shared by the New York Police Department showed a group of men surrounding her outside a store. She claimed, “It was like they wanted to degrade me, by spitting on me and kicking me.” During the attack, as she was being bitten and spit on, someone stole her $750 phone. “I just remember screaming at the top of my lungs, I just kept saying ‘He's biting me! He's biting me! He bit through my eyebrow …,” she told the police. While studying this incident that occurred in a developed state, a question came to my mind: is it the mentality or mental state of a person instead of the state of affairs that push men to commit such heinous crimes?
When I think of Asia, I remember an incident that took place in Karachi back in 2014, of a 26-year-old woman named Ruqayya Parveen. Her husband was an alcoholic and a gambler who threw acid on her while she was sleeping with their children. In an interview, she said: “I lost my senses. I was shivering with pain.” She was hospitalised for six months with severe burns on her face, torso, back and arms. She lost vision in her left eye, which hangs from the socket, and hearing in her left ear. Police investigator Mahmood Khan told The Associated Press that he did not have the intelligence resources to track the husband. “We're ready to spend the money. We're ready to travel,” he said, “but only if she tells us where to look.” When the police failed to help Parveen she resorted to seeking help from other organizations. Zoia Tariq, a women's rights activist, said, “Try telling a police officer or a government official that someone is hitting his wife, sister, daughter, you will get a response ... What have you got to do with it? It is their personal matter.” Parveen told the reporters, “It is the lack of justice, more than the disfigurement, which has robbed me of the will to live.” She is still in pain from the attack, and stays at home most days to avoid the stares. Her mother works as a housekeeper and her eldest son who is only 11-years-old, quit school to work as an undertaker.
Another incident that caught my attention was of 22-year-old woman from New Ashok Nagar, Delhi. She sustained burn injuries after her husband allegedly threw an acid-like substance on her. 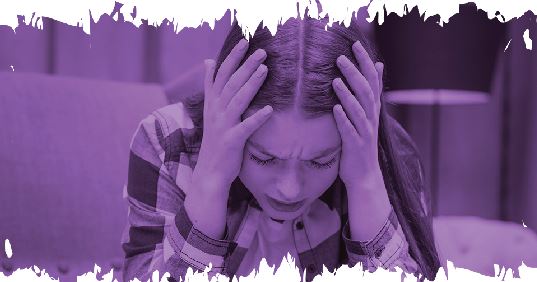 After evaluating the above, the trauma faced by these survivors cannot be described in words. We need to realize that educating our sisters and daughters is extremely important. For example, some women may find themselves abandoned or divorced at some point in their lives. Other women, through no fault of their own or their husband’s, may need to become the sole breadwinners. A good education will give her both the confidence and the ability to find employment. Education is more than book knowledge, it is about encouraging a better life style.
Women and girls who survive the attack are permanently scarred, physically and emotionally. According to Acid Survivors Trust International (ASTI), “Globally, there are approximately 1,500 acid attacks a year, but it is a crime that often goes unreported for fear of reprisal.” It is important that we support the women who are victims of acid attacks. There is need to acknowledge that such women are survivors and not victims. We also need to understand that the road to recovery is full of physical and psychological challenges for these survivors.
Acid attacks are categorized as gender-based violence against women even though they also occur against men and boys. Gender inequality and discrimination prevalent in most societies, the easy accessibility and cost of acid and impunity for acid attack perpetrators are important factors that lead to acid attacks. Many countries are taking legal action against the perpetrators. In accordance with the Criminal Law Amendment Act, 2011, the Acid Control and Acid Crime Prevention Act, 2011 (Criminal Law Second Amendment Act, 2011) made amendments in Pakistan Penal Code and Criminal Procedure Code to punish perpetrators of acid crimes by clearly including acid crimes in the definition of hurt. The definition now includes “… hurt by dangerous means or substance, including any corrosive substance or acid to be crimes.” Bangladesh introduced acid specific legislation in 2002. Cambodia passed related legislation in 2012.
There are multiple barriers to justice for acid survivors, which include effects of permanent physical damage and extensive psychological, social and economic problems. The attack itself is often justified by perpetrators as a necessity to restore their honour, whereas survivors are forced to live with physical and psychological scars for the rest of their lives. We, as a nation, need to come forward and find remedies to this problem.
Women are often victims of human rights abuses; women’s human rights are abused when they cannot participate in decisions that affect their lives and are denied political participation and fair representation is prevented, when they are stopped from going to school or receiving healthcare, when they face discrimination in employment, when they are denied equal rights to own land and property, when they suffer from violence within their homes and when they are subjected to harmful practices. HH