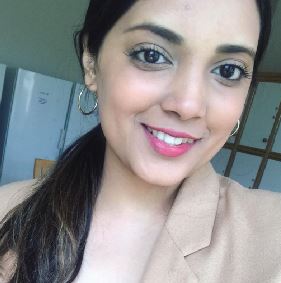 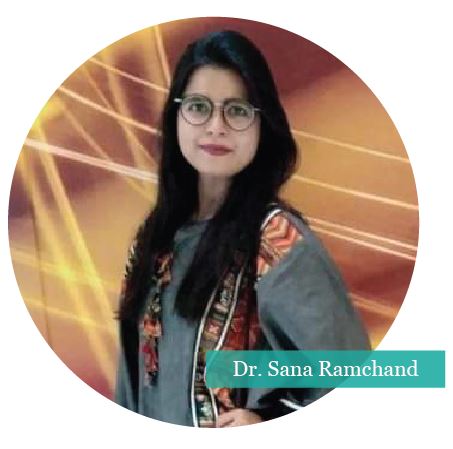 "When I started preparing for my CSS exam, I called one of my MBBS batch mates for guidance. Although he was preparing for the exam for a long time, he said to me that Hindu girls do not appear for this exam. They are good doctors, gynaecologists, radiologists, engineers, educationalists, etc., but that they don’t have a chance in the civil service, so why do I want to go for it,” says Dr. Sana Ramchand, first Hindu woman to clear the Central Superior Services (CSS) exam.
On May 6, 2021, the Federal Public Service Commission of Pakistan (FPSC) announced the results of Pakistan’s most competitive public service exam held in 2020. Dr. Sana Ramchand Gulwani, hailing from Shikarpur, made history by becoming the first Hindu woman to clear the CSS exam in her first attempt and was given appointment in the most sought-after cadre of bureaucracy, Pakistan Administrative Services (PAS), formerly known as the District Management Group (DMG). She was among the less than two per cent of the candidates who were able to clear this exam.
It is generally believed that Pakistani Hindu women are suppressed and are systemically discriminated against. Even Google search about Hindu women in Pakistan only highlights news related to their forceful conversion, abduction and coerced marriages. However, young women like Dr. Sana Ramchand and Manisha 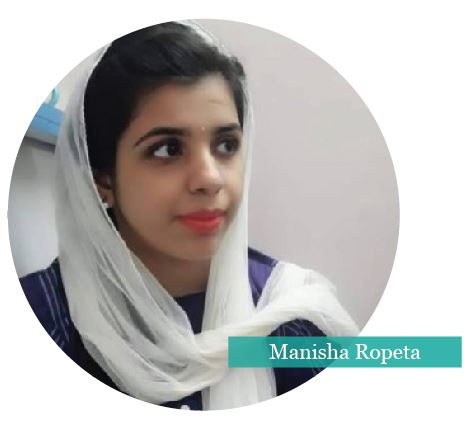 Ropeta (the first Hindu woman to be appointed as Deputy Superintendent of Police (DSP) in Sindh Police) challenge this belief and put forward the less prominent side of the Pakistani society, which provides them equal opportunities regardless of their religious identity.
While sharing her story with Hilal for Her, Dr. Sana told us how she has always believed in herself and the system: “I told my batch mate that I wanted to attempt the exam and prove that I could do it on merit. If I didn’t pass, I would continue my current job but I had to make at least one attempt.”
Born on November 3, 1993, Sana lives with her family who belong to the Shikarpur district in rural Sindh, but are currently, settled in Sukkur. She is the first one from her family and her entire town to qualify for CSS. It took her eight months of hard work to prepare for this exam. “Since my interest was in administration, PAS was my first choice. It was quite unexpected when I got in, since a few people kept reminding me that I belong to a religious minority. This made me think that even if I cleared the exam, I would be appointed in the Police, where most Hindus are recruited, but not in Administration. However, when the results came in, and I was chosen for PAS. I received many congratulatory calls and messages. That feeling was extraordinary,” says Dr. Sana.
Before she started to prepare for her CSS exam, she was already serving as a Grade 17 medical officer at Taluka Hospital, Lakhi, in rural Shikarpur. She was also enrolled in FCPS Surgery. Her family wanted her to stay in medicine because they believed that she had a better chance to excel in this field.
“I was a typical medical student ­— invested in my medical books, working earnestly. I wasn’t even aware of CSS until District Commissioner Shikarpur visited our hospital. I was impressed by his conduct and his communication skills. Later, I found out that he was a CSS officer, which became a turning point for me. It took me nearly two months to thoroughly research and make up my mind to sit for the exam. I started my preparation in May of 2019 and sat for the exam in February 2020,” she says.
Dr. Sana categorically denies having ever been discriminated against because of her religion. “Never,” she says, “I never felt that I am living in a country where I belong to a minority, definitely not until someone reminds me. I always got equal opportunities. When I was appointed in PAS, many senior bureaucrats of higher grades reached out and congratulated me. They encouraged me, supported me and constantly asserted that I would not be treated differently. Quite the contrary, I am unique because of my religious roots, and this makes them proud; I have always received more love because of being a Hindu. I would never say that I faced any problems because of my religion.”
Dr. Sana feels that she had a great support system that helped her achieve success. For this she is most grateful to her family, particularly her mother. “My mother took most care of me during the entire phase of my preparation for the exam. As I took leave from the hospital, I never left my room during the last three months before the exam. If I studied the whole night, she would stay up with me; I didn’t even have to get up for tea. She took care of everything, not just during my CSS preparations but for all my exams. I have always had her in my corner” she says. 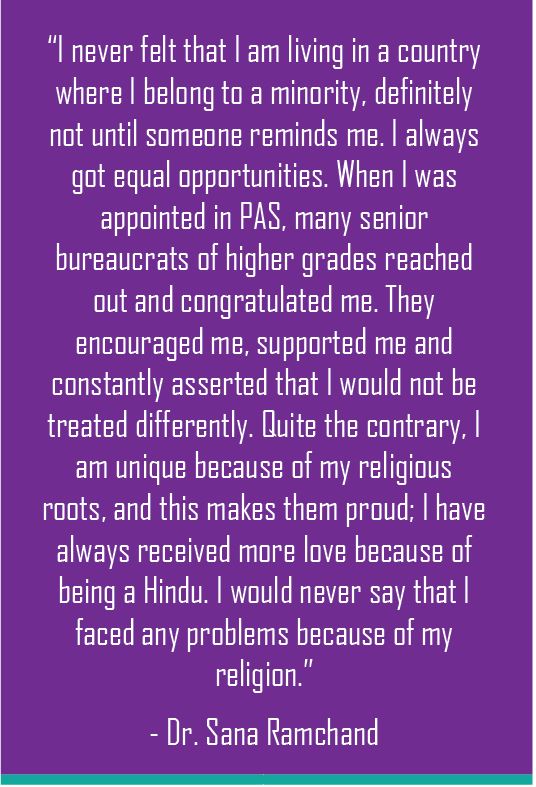