Aik Hai Nigar’s 36-second powerful teaser has captivated everyone in Pakistan. The teaser was released on August 14, 2021, showcasing the multitalented Mahira Khan, who is set to play the role of Lt Gen Nigar Johar, HI (M) — Pakistan Army’s 1st three-star female general. According to ISPR, “The telefilm is based on the inspiring true story of the three-star general. Aik Hai Nigar traces the life and career of Lt Gen Nigar Johar, a name synonymous to strength, determination and professional excellence. Lt Gen Nigar Johar rose through the ranks of Pakistan Army and continues to have a meritorious service. She overcame personal tragedy and societal pressures to break the glass ceiling for all the women of the country. 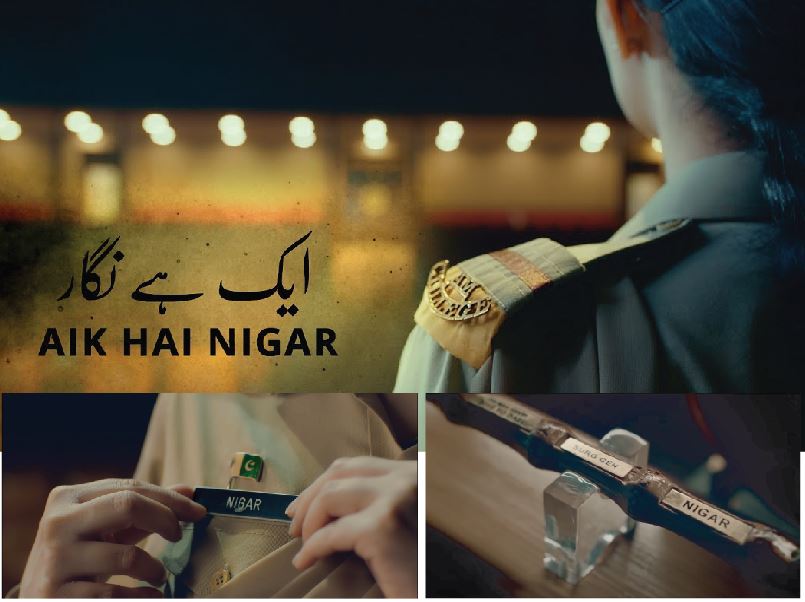 On Instagram, Mahira Khan shared a picture in uniform and wrote: “Honoured to be able to play a woman I admire so much. Pakistan Army’s first female three star General. Aik Hai Nigar traces the life and career of Lieutenant General Nigar Johar. What a life, what a story … to know her, is to know one of the greatest we have amongst us.”
The telefilm is written by Umera Ahmed, directed by Adnan Sarwar, and produced by Nina Kashif and Mahira herself. It also features Bilal Ashraf (playing the role of Lt Gen Nigar Johar’s husband), Khushhal Khan, Sohail Sameer, Sara, and Iman Shahid. The telefilm will also highlight the soft image of Pakistan and the opportunities offered to the female populace by Pakistan Army. While shedding light on the positive role of women in Pakistan Army, Aik Hai Nigar is set to showcase a Lady Officer’s efficiency and ability to cope with challenging situations, i.e., terrorism and COVID-19. The story will not only focus on the importance of female empowerment through proper education but will highlight the importance of equal opportunities, comradeship, moral values and pride as well. HH