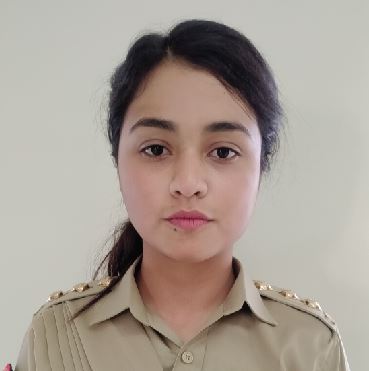 I got off from my car with nerves barely under control. It was excitement, awe, curiosity and fear of the unknown, all coursing through my blood at once. As soon as I bade farewell to my parents, I knew it was the beginning of something grand. Stepping onto the sacred land, it felt like I left some parts of my old self at the doors of Pakistan Military Academy (PMA). When we were finally inside the company lines, I looked around and saw somewhat confused but excited faces and it almost felt like I was staring into a mirror. Despite our differences we were all very much alike — inspired. 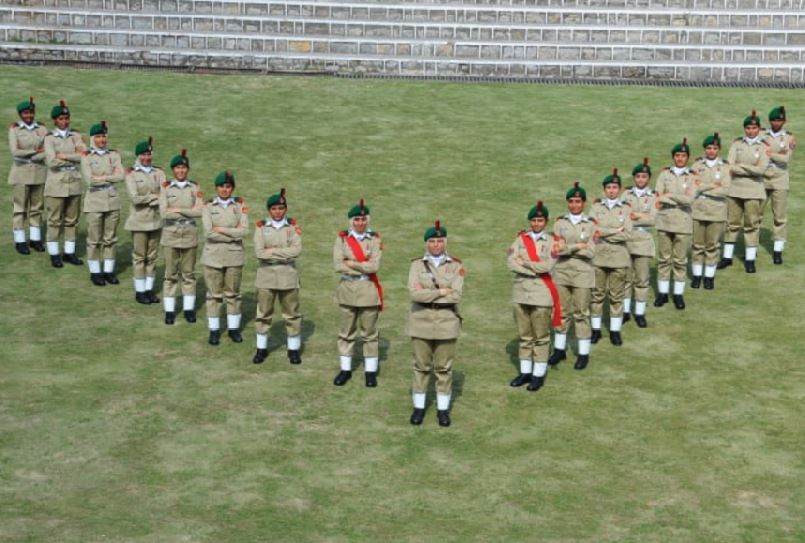 By late evening, we were sent to our rooms. There, for the very first time I saw my roommate and soon to be my bestfriend, Maimoona Khalid. I distinctly remember Maimoona being wide-eyed and cautious around me for a few hours. We hit it off though when I told her about my favourite books and started humming a familiar song. Soon afterwards, we all got to meet in one way or the other. I say this because meeting each other was forbidden, yet an adventure nonetheless. As we were placed under quarantine for two weeks, leaving our rooms was a violation. But being cadets, of course, we managed to sneak around and even managed to hide from our platoon commander while she was taking rounds at midnight. Some of us got ourselves in for corrective sessions but our spirits were still flying high.
The day when we were issued military kits is engraved in my memory, how all of us held onto our Camouflage Combat Dress (CCD) as we waited to try them on in the try rooms. When I wore my uniform for the first time, it changed something in me. I could not help but stand tall and stare at the proud person looking back at me in the mirror. As time went on, we learned the ways of cadetship. One of my most memorable moments is taking oath at the Rafiullah Drill Square. It was raining and as we took our oath speaking at the top of our voices, each word echoed back at us. That day for me marked the birth of a soldier whose only goal is to serve the motherland.
As training picked up pace, we learnt that as an individual, our strength did not mean anything. It could make you stand out but at the same time, you would be standing alone. It did not matter if it was just double ups till Hall of Studies or something as critical as running a mile, no one left anyone behind: we learned the worth of comradeship.

Running a mile was stressful in particular for one reason — self-doubt. When we did our first mile, no one had the confidence to say that we would pass it and getting ten points were a farfetched dream. Yet, by the end of our training, we all told Staff Gulfam, our very devoted PT staff, that we would set a record of everyone getting ten points, and we did! Needless to say that the journey from hardly a fraction of the platoon passing the mile to a platoon being called a “tenner” was not without difficulty. There was pain, fear and exhaustion. Some of us remained off the ground for days due to critical injuries while others would run-walk-run on one foot and the few stronger ones would try to cover up for the ones lagging behind by intentionally bringing their performance down. 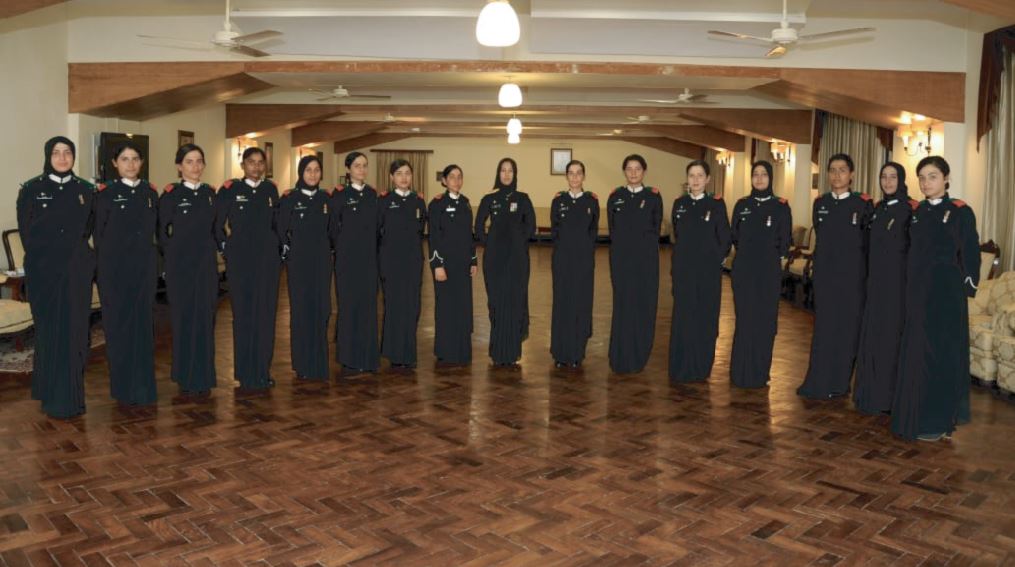 We were told that the physical activities such as PT or field exercises and the famous corrective sessions will be difficult. They were not easy but looking back now, none of the things we did during our training tenure was without purpose. Most of the time, these activities would push us to our limits and sometimes they would break us. But every time we were remade, a difference was felt in and out. From covering up for each other during late night punishments to looking sideways and laughing at each other’s horrified expressions when we would be on hands, we learned the value of empathy. I remember it as if it was only yesterday when my very dear friend and platoonmate, Jannat Akhtar, told me that it was just a few more seconds as I was about to give up during a PT session. I remember her eyes never leaving my face and concern smeared across her own.
Support came in all shapes and forms. We would turn a hard day into a memorable one in a blink of an eye by sharing a pack of Nimko while fighting the heat of the blazing sun, sitting in our trenches in Lawrencepur field. Sometimes a great kindness would be giving a compliment to a comrade in the evening when tired, sunburnt faces would make an effort while getting ready for dinner in crisp freshly washed and ironed mess kits. These tough times brought us closer and formed a bond of a family away from home where everyone tried their best to be there for the person standing next to them. 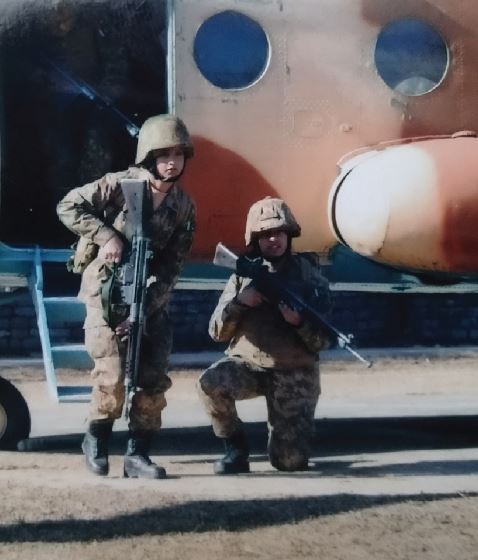 From going to Karachi in a C-130 to standing proudly at the Quaid's Mausoleum to running with a machine gun on our shoulders, PMA took us on a journey one can only dream of. It was beautiful — everyone sacrificing something for the other person without a second thought. All the day’s back-breaking exhaustion settled once we sat down for dinner at our mess tables. The old mess furniture, the distinct cutlery, the banners so proudly displayed and the mesmerizing lighting was our comfort zone for the rest of the training duration. It was as if being in our own heaven with just one minor addition — our platoon Sergeant Haider, a Gentleman Cadet from 143 long course — but it brings a bittersweet memory when I say he barely kept that identity after our arrival at PMA. Over time, he managed to become a part of the oddly unique family, known as LCC-17. During our time at PMA, perhaps the most important thing we learned was that it is the little things in life that matter — the little things being cheering up a sad comrade by giving them a hug, offering someone a not-so-tasty hot cup of tea in a cold field, giving someone a little push on the back while running or telling someone how important they are to the system.
At the end of this beautiful journey, on the passing out day on April 10, 2021, as we all climbed the legendary red stairs of Rafiullah Drill Square in slow march, I managed to sneak a glance at my platoonmates towards my left and right. What I saw, brought tears to my eyes. I saw familiar faces struggling hard to fight the rush of emotions and the realization that our family was set to break apart in a few hours. However, even after two months since passing out, we all managed to stay in touch with the hope that God be willing, one day, we shall meet again. HH