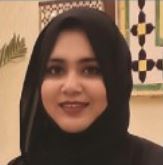 Violence against Women — A Psychological Overview

A bond between two people in a marriage forms the basis of a family and family is an integral part of our life, influencing every aspect of our lives, from the moment we take our first breath to our last. Each and every one in our family moulds our character and helps us in becoming who we are. Our parents and elders teach us the value of life, how to deal with difficult situations and how to interact with people in general.

Marriage is a sacred union but because of stubbornness, egotism and bitterness many couples suffer from marital conflict. Marital conflict is rampant in our society because our pride dictates our decisions. We fail to understand that failure to cope with marital conflict affects everyone but most of all it influences children, altering a healthy home into a negative stressful household, resulting in an unhealthy environment for a child’s mental and physical growth.
Marital conflict is not just two people with a difference of opinion; rather it’s a series of events that have been mishandled so deeply that damages the relationship completely. The root of all marital discord comes down to selfishness. In Pakistan, however, unfortunately, men tend to show this trait more than women mainly because of societal structure of dominance that is widely seen among the populace. It might be seen as a consequence of the influence of Hindu culture which has trickled down and does not comply with the values of Islam.
Marital conflicts can be about anything. Couples complain about sources of conflict ranging from verbal and physical abusiveness to personal characteristics and negative behavior. Conflict over division of labor, jealousy among spouses, extra spending, rearing of children and conflict over power is also strongly related to marital dissatisfaction which leads to psychological stress among couples.
Negative verbal and nonverbal exchanges with a spouse that persist over time might incur permanent autonomic, endocrine, and immunological changes. A distressed marriage can limit spouses’ desire to seek emotional support from their partners or other relationships because of the binding nature of the marital relationship. Being in an unhealthy marriage can deplete the meaning and purpose of life. Marital discord also creates greater strain in other areas of life such as work and parenting.
Marital abuse, whether or not involving physical violence, is the next step after any minimal conflict and is very different in nature. It can also be very emotionally upsetting. Emotional abuse is a combination of contempt and criticism. Research indicates that both male and females are victims of emotional abuse. Personality disorders such as Narcissistic Personality Disorder and Borderline Personality Disorder are highly correlated with the infliction of emotional abuse. In simpler words, it is mostly seen that children who were maltreated in their families of origin repeat maladaptive behaviors in their adult relationships.  Marital abuse is one-sided, oppressive relationship where one spouse establishes a pattern of unhealthy control. Some married couples who experience normal conflict may require help from a meditative party; many can eventually work through their differences by themselves within an atmosphere of mutual love, consideration, respect and forgiveness. Though marital abuse is different in different cases, the abuser is self-focused and self-absorbed and often poses as a victim, thus making it hard to seek help. It requires outside help from someone who can provide guidance, support and protection for an abused spouse so that the abuser is confronted and held accountable as it cannot happen in any other way.
Being in an unhappy marriage certainly affects the marriage negatively as it can make both husband and wife feel depressed and anxious. A large number of couples suffer from depression and other stresses due to marital discord and it occurs alongside exhaustion, chronic pain, irritability, anxiety and inability to communicate. How to manage such a situation? Patience is the key to every healthy and successful relationship. However, counseling and talk therapy is suitable when it comes to intervention and conflict resolution in this scenario. Individual counseling as well as joint marital counseling is advisable. But eight-step pathway is also effective and will help couples reach the potential to achieve a healthy partnership that every marriage requires.
The eight-step model of marital conflict resolution is as follows:
•    Make a list of all the issues and disagreements, including the issues that you refrain from talking about out of fear.
•    Fix the focus solidly on yourself. Try to analyze your own self before confronting your partner. This will give you an insight about your own strengths and weaknesses.
•    Stop with all the negative comments and negative criticism about each other. No more criticism, complaints, blame, accusations, anger, sarcasm, etc. Avoid anger escalation completely! Learn to remain calm and then re-engage cooperatively.
•    Learn how to express concerns constructively.
•    Learn how to make decisions together. The aim should be a win-win decision making strategy that pleases both husband and wife. When two people have differences, they should quietly express underlying concerns, listen calmly to understand their partner’s concerns, and then create a solution responsive to all the concerns.
•    Eliminate the three A’s that destroy marriages: Affairs, Addictions and Anger.
•    Increase positivity towards your partner. Listening patiently to what your partner has to say makes a whole lot of difference.
•    Patience cannot be stressed enough as the key to success. Both husband and wife should look at their own weakness and strengths in order to attain a healthy relationship and environment.
Marital harmony is an incredible asset. A marriage can be anything we wish it to be and it has potential to become a haven where we learn to love, respect and honor one and other. No marriage has ever survived solely on passion and love. The assumption that this may be the case has destroyed many salvageable marriages. It is important to understand that maintaining a harmonious marriage involves work, commitment, effort and dedication from both husband and wife. HH

Violence against Women — A Psychological Overview