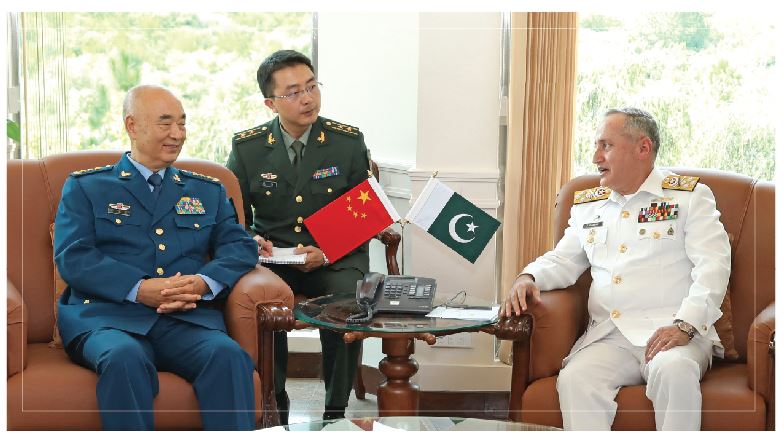 Thereafter General Xu Qiliang called on the CNS in his office. During the meeting, matters of mutual interest were discussed. CNS highlighted that close relationships between the peoples and the armed forces of the two countries are time-tested and based on mutual respect and trust. He also expressed satisfaction over various ongoing naval projects between the two naval forces.
Vice Chairman CMC highly appreciated the successful conduct of Multinational Naval Exercise AMAN-2019. The CNS thanked the General for the wholehearted participation of PLA (Navy) with ships and special forces/marine teams in the Exercise AMAN-2019. General Xu Qiliang termed Pakistan as China’s all-weather strategic partner. Both sides expressed their full confidence in CPEC which is a vital part of Belt & Road Initiative, and termed it as a project aimed at prosperity and economic empowerment of people of the region and beyond. Both the dignitaries also agreed on further enhancing the bilateral cooperation in the domains of military collaboration.