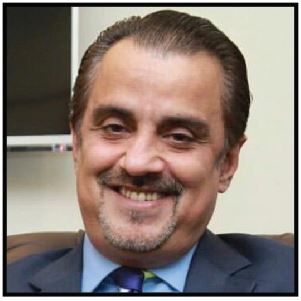 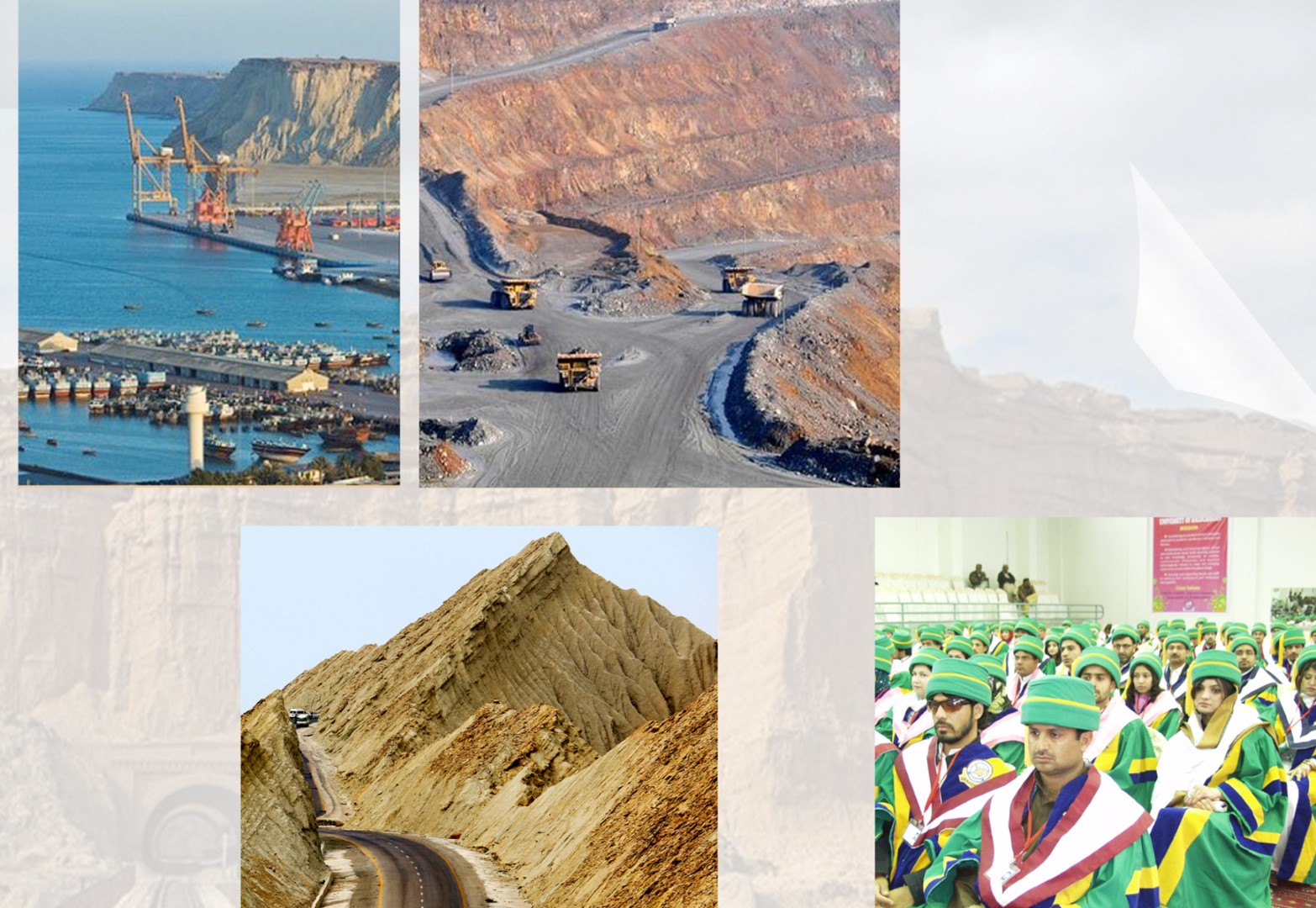 Modern concepts of development in democracies are a bit difficult to apply on thousands of years old tribal structures. From the time of Kerman, Iran, where the roots of great Baloch culture are found to the modern day debate of why Balochistan is not fully developed is an enigma that many have debated upon but only a few have been able to decipher.
Unlike other provinces, where a decent middle class has emerged over the decades, Balochistan has been stuck amongst the tribal chiefs, business tycoons, smugglers. Lost among this phenomenon is the middle class from decision-making, political participation and resultantly, sustainable development.
Without political stability and guarantee of safety for human life, no economic development could take place. It is not just Balochistan but a fact across the globe. The lack of skilled labor since decades of negligence till 2000 has been another factor of underdevelopment.
The average yearly income in Balochistan started to increase after the year 2000. The average yearly income according to The World Bank has gone from $192 per person per year in 2000 to $410 in 2019. An increase of over a hundred percent, compared to the past 50 years is worth mentioning.
What caused this jump in income? Was it the pouring in of funds from the federation? No. Was it the fact that people from other provinces moved to Balochistan filling in the skilled labor gap? No. Was it new industrial revolution across the province? No again. Then what was it?

According to the new world growth strategies, there are 3 things pertinent to the development of any section of the society, i.e., education, healthcare and skilled labor. Let me add one more factor here which is adequate infrastructure, such as roads, bridges, tunnels and access to remote areas. The development in these sections since the year 2000 has created better opportunities for Balochistan.
Opening up of new educational institutions, creation of hospitals and medical colleges, technical universities and of course the internet and its benefits to the youth have brought immense betterment across the province. Balochistan needs more, much more than this to prosper and enjoy a sustained economic growth cycle, but one needs to appreciate the beginning as well. Add to this the main factor of security of life. During the recent years, the living conditions overall and security situation handled by our armed forces played a big factor, in this growth cycle.
If you look at Balochistan’s GDP at Constant Factor Cost (CFC) and compare it to other provinces based on United Nations Development Program (UNDP) figures, one can see a great jump in the numbers between 2000 and 2019 compared to other province such as Khyber Pakhtunkhwa (KP). In 2000, KP had a GDP of CFC of 19,368 while Balochistan had a GDP of CFC of 27,104.
However, fast forward to year 2018, KP jumped to 38,932 and Balochistan remained at 30,242, spiking once past 31,000 level in 2004.
Another big misconception about Balochistan is that whenever you hear someone speak about unemployment in Balochistan, they only refer to the ones who have gone to universities, colleges or technical institutes and have not been able to find employment. What they fail to mention is that rural Balochistan’s population is neither educated nor skilled and absolutely forgotten.
Development of Turbat, another urban center after Quetta since 2000, is also a welcoming news. The highest productivity rate in Balochistan is from Quetta because of its infrastructure, skilled labor force and for being the provincial capital. Southern Balochistan witnessed limited growth until Gwadar Port started to develop and China-Pakistan Economic Corridor (CPEC) started to show development. Balochistan needed this development of another urban center not only with economic activity but universities, colleges and skill training centers. Hospitals and small health units started to spring up in this area and based on any Human Development Index, health plays a major role in economic activity. These educational institutions have started to train the youth in subjects relevant to the growth of Balochistan such as marine economy, livestock, agriculture and mining, to name a few. You cannot teach about snow ploughing in a desert and expect employment to grow. Education has to be relevant to the economic activity and economic opportunities of an area if one expects rapid growth. And this has started to happen across Balochistan.

Education has to be relevant to the economic activity and economic opportunities of an area if one expects rapid growth. And this has started to happen across Balochistan.

Road linkages between Sindh, Punjab and KP is another development that is sure to increase trade between these provinces. In this day and age, expecting only road connectivity to bring economic benefits is an idea as outdated as landline phones. Balochistan needed digital connectivity and even the remotest areas of Southern Balochistan now enjoy high-speed internet access.
Balochistan also needs basic educational facilities as this province has the highest out of school children ratio in Pakistan. Instead of building physical schools in every corner that get abandoned a few years later, the government can start some kind of an online digital educational system and achieve its goals for literally 25% of the actual cost.
What Balochistan actually needs is this.
Economic Growth Through Innovation
In this day and age, expecting economic growth from applying pre-digitization methods is like expecting someone to reach cross-country for a meeting on a horse within 5 hours. Innovation is the key to economic development in Balochistan – innovation in fisheries, agriculture, mining and creating digital employment through freelancing. If we want a sustainable economic plan for Balochistan that carries into the next generation, then innovation based on modern technology is the only way forward.

The highest productivity rate in Balochistan is from Quetta because of its infrastructure, skilled labor force and for being the provincial capital.

Generating Employment Opportunities
Most people migrate because of economic or educational reasons. More people migrate because of economic reasons after getting educated. If we want a permanent solution to the economic woes of Baloch youth, then the only way forward is creating employment within the province. Government is the biggest employer of educated people in Balochistan. This has to end. There has never been an economic development when corporate world is replaced by governmental jobs. Digital economy is the way forward. Modernization to bridge the gap between Balochistan and the rest of Pakistan is the way forward. A tax benefit to corporations for 25 years for moving to Quetta might help. It is a farfetched idea, but even if they open up branch offices in Turbat and Quetta, the income from those offices can be exempted from tax.

In this day and age expecting economic growth from applying pre-digitization methods is like expecting someone to reach cross-country for a meeting on a horse within 5 hours. Innovation is the key to economic development in Balochistan.

Removing Unclear Corporate Laws
Does anyone in Pakistan have any clear idea about what benefits do they get if they invest in Balochistan? Neither do I. More companies shy away from investing in an area where laws are not clear than the fear of profit or loss. There is not a single digital resource on the web which clearly defines the benefits to the corporations if they create employment in Balochistan. This is a disaster in this day and age of digital high speed economic activity where the decisions are made not on a visit to the place physically but on the web while searching for information.
Economic Growth Through Deregulation
More businesses get attracted to a location where they have to face the least amount of bureaucratic gridlock. Balochistan can be that location. Nothing is stopping the provincial government to enact laws that are not only investor friendly, but through a concerted campaign, the investors get to know that they are friendly to them. I have yet to see an investor campaign to attract funds in Balochistan.
To make it simple, there are many solutions. What we have accomplished since 2000 till 2021 can be doubled or tripled in the next decade if we apply innovative solutions to old problems.

The writer is a Wall Street trained investment banker and an author of four books and various articles.
E-mail: [email protected]