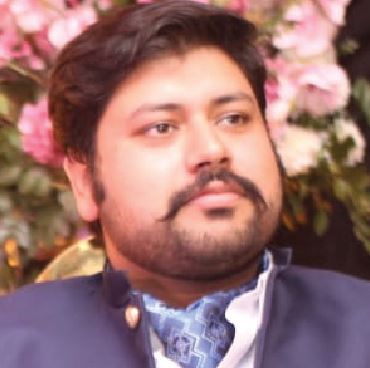 Drones and UAVs are usually the force multipliers as technologically advanced military weaponry. The use of drone technology in Nagorno-Karabakh and Ukraine conflicts has increased its importance as a conventional warfare machine. 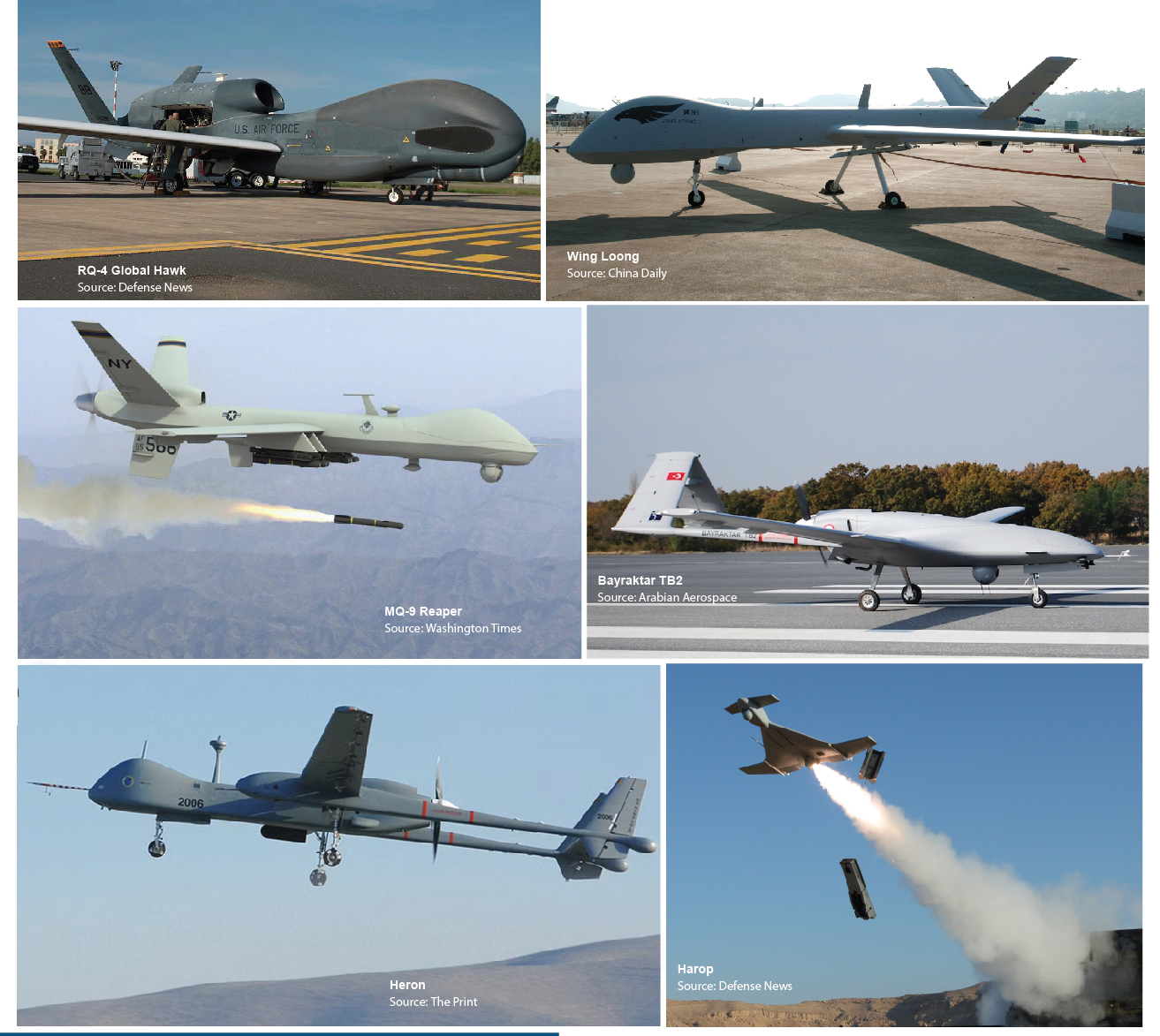 UAV or unmanned aerial vehicle is one of the modern components of warfare and is making a significant impact on the battlefield. UAV, also known as combat drone, can be deployed in multiple roles such as surveillance, reconnaissance, intelligence gathering and target acquisition. Combat drones can carry ordnance for precision strikes including missiles, anti-tank guided missiles (ATGMs) and gliding bombs on hard points. These UAVs are controlled by real-time human controllers and also have the capability of autonomy at varying levels. Drones don’t carry a pilot and operators control them from remote terminals, so they don’t have the heavier equipment which results in a lightweight and smaller airframe. Smaller airframes and engines allow low cross section in radars which makes the drone stealthier. There are minimal options available in the international market as far as military grade combat drones are concerned. USA manufactures MQ-9 Reaper, RQ-4 Global Hawk, and RQ-170 Sentinel; Israel deploys Heron and Harop; China uses Wing Loong; and Turkey produces Bayraktar TB2 and Anka drones.

In the Nagorno-Karabakh and Ukraine conflict, Turkish-made Bayraktar TB2 drone emerged as a potent option in the military drone arena. TB2 is a medium-altitude long-endurance (MALE) drone with a range of 150 kms and maximum speed of 220 kms/h. It can carry 150 kgs of payload in the shape of four missiles on a hard point. It is based on a monocoque platform with a hybrid wing body and an inverted v tail.  It carries infrared and electronically optimised sensors, laser designator, laser range finder and laser pointer. It lugs up to four MAM-2 and MAM-c missiles for accurate strikes. Each TB2 configuration comes with aerial vehicles, ground control stations, ground data terminal (GDT), remote video terminals (RVT) and ground support equipment. Each drone is armed with a triply redundant avionics system. Its ground control system's cross redundant architecture allows for the pilot, payload operator and mission commander to command, control and monitor the platform. TB2 is considered a value to money machine. Currently, Turkey, Poland, Qatar, Azerbaijan, Morocco and Ukraine are using these drones. These drones are mid-range in price as compared to the other available options. For example USA-made MQ-9 Reaper’s one unit costs around USD 100 million whereas India signed an agreement of lease with Israel for USD 200 million for the lease of 4 Heron drones, while on the lower end, Chinese-made Wing Loong drone costs around a million dollars. Turkey signed a deal with Morocco for the unarmed version of TB2 for USD 5 million and Poland signed a deal around USD 270 million for 24 units costing around USD 10 million each. This deal also includes payload, mobile stations, Synthetic Aperture Radar (SAR), simulator, spare parts, training and logistic support.

In the Nagorno-Karabakh and Ukraine conflict, Turkish-made Bayraktar TB2 drone emerged as a potent option in the military drone arena.

Azerbaijan purchased Bayraktar TB2 drones from Turkey in June, 2020 and used it during Azerbaijan-Armenia conflict in Nagorno-Karabakh. Azerbaijan used drones to target the armed forces of Armenia, artillery, infantry positions and military vehicles. TB2 successfully destroyed T-72 tanks, BM-30 Smerch MLRS, BMP-1 and BMP-2 IFVs. It also destroyed Osa and Strela-10 air defense system, but the situation is not as simple as Azerbaijan deployed multiple drones in the battlefield. Initially, Azerbaijan used Israel made Harop drone. Harop drones were deployed in SEAD (Suppression of enemy air defenses) optimised role. Harop is known as a suicide or kamikaze drone. It is a loitering munition that works on anti-radiation radar autonomously, and is designed to loiter the battlefield and attack the targets by self-destruction into them. In the early blows, Harop hit bull’s eye Armenian air defense systems including S-300 anti-air missile battery. It also destroyed transport vehicles carrying infantrymen to the front lines and also destroyed the command posts. After effective results of Harop drone, Armenian military assists were sitting ducks for TB2.
During Russia-Ukraine conflict, Ukraine used its drone arsenal to slow down Russian armour and mechanized artillery. Bayraktar TB2 drone was used for the first time in combat during the war, targeting a Russian separatist artillery position, destroying a D-30 Howitzer, and halting the bombardment of Ukrainian troops near Hranitne. At the height of the conflict, there were a lot of claims about the success of drones, but in reality TB2 alone is not a game changing weapon against a well-equipped army. Some visuals were released on the internet in which Ukraine claimed to target some Russian armoured units and infantry, but the overall pace of the operation is not slowing down.
The issue with the existing model of TB2 drone is its communication system. The current model of TB2 operates on the Line of Sight (LOS) communication in action. In order to communicate with a drone during an operation, ground control centre and data controller should be in the line of sight. Drones are continuously in communication with the ground stations, therefore ground stations are usually in open areas. Due to this problem, ground control centres are made in forward areas and become an easy target for ballistic or cruise missiles. In the Russia-Ukraine conflict, Russia targeted forward operational bases with Iskander ballistic missile and Kalibr cruise missile. Drones like Heron and Reaper work on satellite communication (SATCOM) which allows them a wider operational range and more autonomy. In 2021, Bayraktar Cooperation unveiled its new model named TB2S SIHA. It is integrated with SATCOM antenna and it will work with Turk satellite but its efficacy is yet to be seen in the battleground.

During Russia-Ukraine conflict, Ukraine used its drone arsenal to slow down Russian armour and mechanized artillery.

In the Nagorno-Karabakh conflict, drones were utilized and Azerbaijan extracted maximum results in favor. There were a lot of gossips about the obsoleting role of armour but in the case of Ukraine invasion, the efficacy of drones was not similar. Drones are not invincible. Despite such devastating conditions, Armenian air defense has yet managed to hit two drones and Russian forces have claimed to hit four drones until now. Drones can provide advantages during a conflict but cannot win a war singlehandedly. During a war, it is necessary to deploy a superior strategy and the one with better plan and execution emerges as the victor.

In the case of South Asia, India is pouring a lot of capital into the drone industry, especially R&D of indigenous drones and in the procurement of drones from foreign vendors. India is currently deploying leased drones for reconnaissance and intelligence gathering missions. In service, drones of Indian military are mostly unarmed but these drones can help in selecting targets for missiles. India was in process of signing a USD 3 billion deal with USA for 30 MQ-9B Predator armed drones, but it is now scraped. Indian Navy leased two drones, naval version of Predator named Sea Guardian. Both drones were inducted into flying operations in November 21, 2020 at Indian Naval Ship (INS) Rajali. Indo-Israel defense collaboration in the field of UAVs is notable. India is using more than 180 Israeli UAVs right now including 68 Heron 1s, Searcher Mark 1 and Searcher Mark 2. Four upgraded Heron 2 drones were procured on lease for 3 years worth USD 200 million. Indian Air Force (IAF) is also operating more than 150 Harop drones and renamed them P-4. India is also investing heavily in the indigenous drones. Switch UAVs made by ideaForge were handed over to Indian Army in 2021 for better reconnaissance in high altitude areas. Defense Research and Development Organization (DRDO) is also working on Rustom drone. Rustom 1 took flight in 2011 and Rustom H is in the phase of testing. Both UAVs are unarmed while DRDO is also testing Archer armed drone under operation code name Tactical Airborne Platform for Aerial Surveillance-Beyond Horizon-201. There are a lot of ambitious and futuristic programs in the pipeline. HAL has also shown scale model of CATS Warrior drone as a part of the HAL Combat Air Teaming System program. There is also some evidence of subscale demonstrator of Ghatak stealth UAV under development by DRDO in Stealth Wing Flying Test bed (SWiFT) program.
Pakistan has also operationalized its indigenous UAV named Burraq prepared by NESCOM. Burraq is inducted in Pakistan Air Force and Pakistan Army has also used it in counter insurgency operations. Burraq can fire laser guided air to surface missile named Barq. Pakistan is also cooperating with China in drone development. Pakistan Aeronautical Complex (PAC) and state-owned Aviation Industry Complex (AVIC) are cooperating to develop Wing Loong II drone. PAF is also using CH3 Rainbow produced by China Aerospace Science and Technology Corporation (CASC). In the field of reconnaissance and intelligence gathering, Global Industrial Defense Solutions (GIDS) is producing Shahpar and Uqab drones. Surveillance and Target Unmanned Aircraft (SATUMA) is also producing Jasoos drone for Pakistan Navy.

Pakistan is lacking in the drone manufacturing industry as compared to India. India is utilizing defense and strategic partnerships to grow its strength in UAV warfare domain. UAVs can become a force multiplier in the battlefield. UAVs can perform multirole operations including surveillance, reconnaissance, precision targeting, and scorching Earth, but the key role is SEAD operation. While India is advancing its drone technology, Pakistan must keep up pace to achieve symmetry in the drone technology.