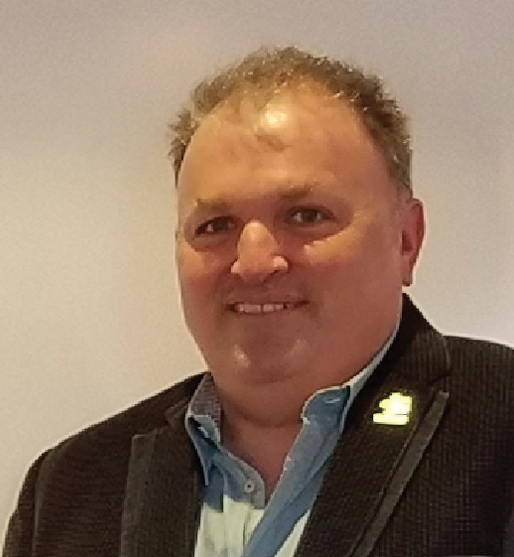 Transitioning from Other to Brother

The air was thick, and shapes of cars and buildings were cast in odd light as we stepped out of the building into a large square. My mind was in somewhat of a fog at around four in the morning, as a series of flights had brought us into the now defunct Benazir Bhutto International Airport. Following our driver to his car in the ghostly glow of the parking lot lights, I kept repeating to myself, “What am I doing here?”

I’m fortunate to have been able to travel around the world for business – working with clients and speaking to audiences in all corners – but I had never received such comments of concern as when I told people I was heading to Pakistan to speak at a conference. For most of us in the West, we only know what the media tells us and what is portrayed in film and television – where intrigue and jeopardy are what draw the viewers in. Regardless of how cordial, nice and accommodating our Pakistani host and the associates at Los Angeles’ Pakistan Consulate were, there was still a deep-seeded belief about an area and its people that never allowed the apprehension to abate entirely.

Regardless of who we are and where we’re from, the human nature of clinging to our own clan has been fortified within our family units, systems and cultures. Even being brought up in Miami, Florida within a caring and compassionate family didn’t keep me from blocking myself off from those who were ‘other’ than us. It didn’t matter what the circumstances were – faith, race, nationality, or even neighborhood – there always remained a guardedness about interacting with others who were not like us. I was able to thrive in many experiences where a mix of all the above were present – and even necessary – because of my openness and interest in others, but many friends marveled at my ease in doing so.

The sad thing is that while technology is affording us greater and deeper ways to connect with others, it is often strengthening our ability to seclude ourselves among people who act, think, look and behave like us. A growing habit that is only increasing the fear of the ‘other’.

This unfortunate phenomenon of seclusion and insularity has always existed from a regional perspective across the globe, but we’re even finding solid examples of its growth within communities of all sizes. In the States, the sad political rhetoric is driving wedges between and within families that probably (and I’m not so sure I’m spinning hyperbole here) hasn’t been this clear since our own civil war nearly 150 years ago. The discord between communities on the coasts and everywhere in-between is palpable. In Britain, the divisions that appeared along the lines of Brexit brought distrust, xenophobia and discord within a relatively small collaborative Kingdom exposing wounds we might not see resolved for quite some time – not even counting the impact it might have on all of the European Union. This same challenge is growing everywhere seemingly with every national election or political capitulation.

As soon as I was able to get a few hours of sleep in the Islamabad Serena Hotel and awoke somewhat refreshed, I headed down to the Leaders In Islamabad Conference and started to meet the others. It was all rather formal and cordial, but special moments were starting to slip in between where real conversation amongst complete strangers from different backgrounds was beginning and the glimmer of real connection were peeking through. Deeper into the conference, more instances of this openness began to emerge. My business partner, Dean Donaldson, and I were starting to learn many great things we could not access from the West – both from a business/infrastructure and personal perspective. With each new insight into what was previously considered the ‘other’, our enthusiasm grew. And, while we had not yet left the hotel, it was becoming clear that it was the genuine warmth of the people that was exciting us the most.

We’ve all been there before, whether it’s travelling to a neighborhood in town that you’ve never been to before; or, speaking to someone you’ve previously always been concerned/scared about; or even doing something you’ve never dreamed you’d ever do – invariably, we all work through our self-imposed discomfort and feel invigorated by the growth afforded in entertaining such an experience of the connection.

Interestingly, the major point of “sameness” I’ve felt as I’ve travelled the world is when I witness families of all geographic, ethnic and socio-economic backgrounds. One can immediately relate to the sense of a family unit regardless of whether we have kids ourselves or can even understand the language. There’s something universal about familial connectivity that is immediately relatable.

A few days later, we were awash in a different type of glow at an evening garden reception. Our host, Muhammad Azfar Ahsan of Nutshell Forum and CPG, introduced us to his ‘brother’. I teasingly questioned what Azfar was like to grow up with – at which point I was introduced to the concept of brotherhood that is more prevalent in Pakistan and the region in general – one of familiarity and profound respect yet no true blood relations. It was like having a veil removed from my eyes – where upon learning a new concept, I began to really understand and see it everywhere.

The familial closeness of many attendees was immediately palpable – even among those guests who are not Pakistani but had been lucky enough to have been repeat visitors to such a beautiful country. It became further apparent to Dean and I that the deepest natural beauty of Pakistan was its people.

Why then, can we not commute the concept of ‘Brother’ to dealing with our block against or fear of ‘other’?
There is a definite retreat into a sense of security and simplicity if we just consider those who are not like us as ‘other’ – whether it is a fanbase for another team, supporters of a different political group or descendants of a different clan. But it is also a deep abuse of our responsibility as human beings and members of a world that is becoming increasingly connected. If we choose to outrightly disagree with a differing opinion or perspective without engaging in even the slightest research or discourse, we’re doing a disservice to ourselves and our community. In some ways, it relates to the adage that a smile utilizes less muscles than a frown. The benefits of going that extra mile to understand our world through different lenses come back to all of us with tremendous power.

My traveling has led me to be more engaged with others, even at home in Los Angeles. People are still instantly taken aback when I warmly greet them on the street or in a store and engage in conversation – yet you can almost immediately feel warmth emanating back from them with the engagement in considerate discourse. I do still find that I sometimes need to challenge my internal remnant concerns about the ‘other’ but the results have been extremely gratifying.

This isn’t to say I’m not so naïve as to eagerly engage with people who are obviously acting in such a way to impart that they are not interested in a sharing of ideas or a “getting to know you phase” but even a nod of a head and an acknowledgement in passing can do wonders.

Here’s the thing. We have far too much to learn from each other. We all have experiences to share in the betterment of our world. There’s tremendous opportunity to be found in removing the enigma of the ‘other’ to transition into a bond of ‘brother’ – both literally and figuratively. And this concept is most definitely universal and not limited to gender, faith, creed or nationality.

When boarding the flight out of Islamabad after a final night of delicious food, deep discussion and phenomenal lifelong friendships formed, Dean and I were immensely disappointed that we had only been able to touch the tip of the iceberg of Pakistan and its people. We were immediately and enthusiastically working on the hows and whens of our return. After all, it was through this quick journey to Pakistan that a pathway to the world’s eradication of ‘Other’ and embrace of ‘Brother’ became clear and truly hit home.

The writer is Co-founder and Director of Kaleidoko, and Adjunct Professor at Boston University, He is a global leader in marrying storytelling, business strategy, consumer insight and technology to lay the foundations for operational growth and success. Tavss and Kaleidoko help companies, organizations and governments assess the future to see things differently and maximize opportunity.