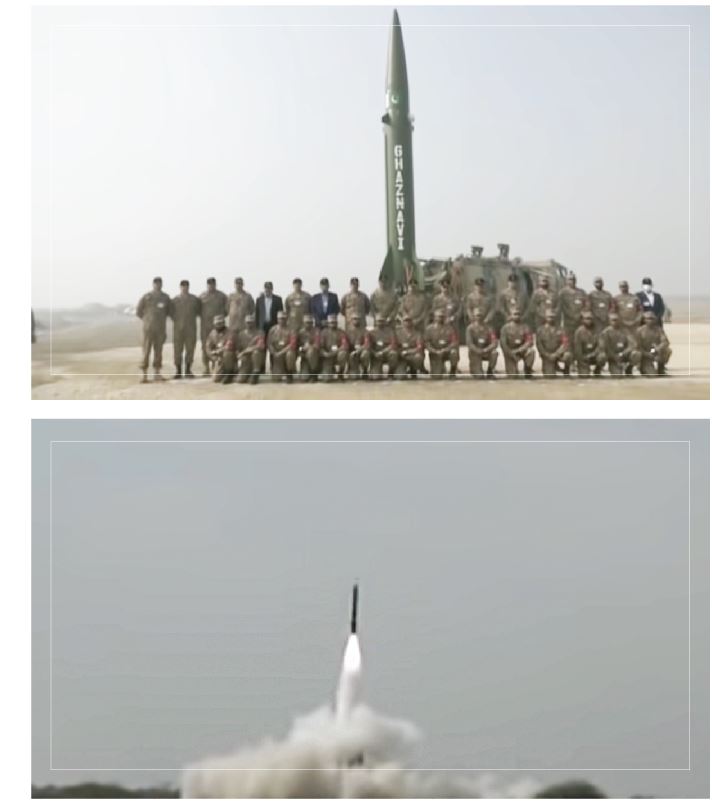 The training launch was witnessed by Commander ASFC Lieutenant General Muhammad Ali, senior officers from Strategic Plans Division, ASFC, and scientists and engineers of the strategic organizations.
Commander ASFC appreciated the operational preparedness and display of excellent standards in handling and operating the weapon system. He also expressed complete satisfaction on the training standards of participating troops, attained throughout this training activity.
On February 11, 2021 Pakistan conducted a successful Training Launch of Babur Cruise Missile IA, with a range of 450 kilometers. The cruise missile is capable of engaging targets at land and sea with high precision. The missile was launched from a state-of-the-art Multi Tube Missile Launch Vehicle.
The Training Launch was witnessed by Chairman NESCOM Dr. Raza Samar, Commander ASFC Lieutenant General Muhammad Ali, senior officers of Strategic Plans Division, ASFC, scientists and engineers of the strategic organizations.
Chairman NESCOM appreciated the standard of training and operational preparedness of Army Strategic Forces, which was reflected by the proficient handling of the weapon system in the field and fulfillment of all laid down training parameters. He also appreciated the contributions of scientists and engineers towards enhancement of Pakistan’s strategic capability.
The President, Prime Minister of Pakistan and the Services Chiefs have congratulated all ranks of ASFC, the scientists and engineers on successful conduct of the launch.