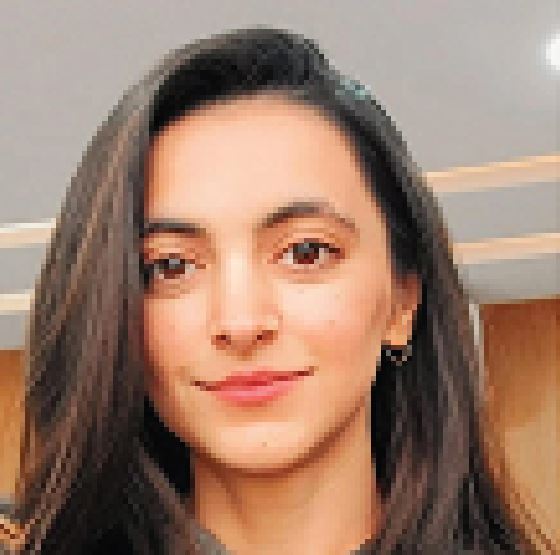 A Perfect Match and Tool for Projecting Pakistan’s Positive Image
To redress the negative misperceptions about Pakistan’s image at the international arena, Pakistan must engage youth, tourism and social media to project its positive soft image around the world. Soft power is key to winning hearts and minds. 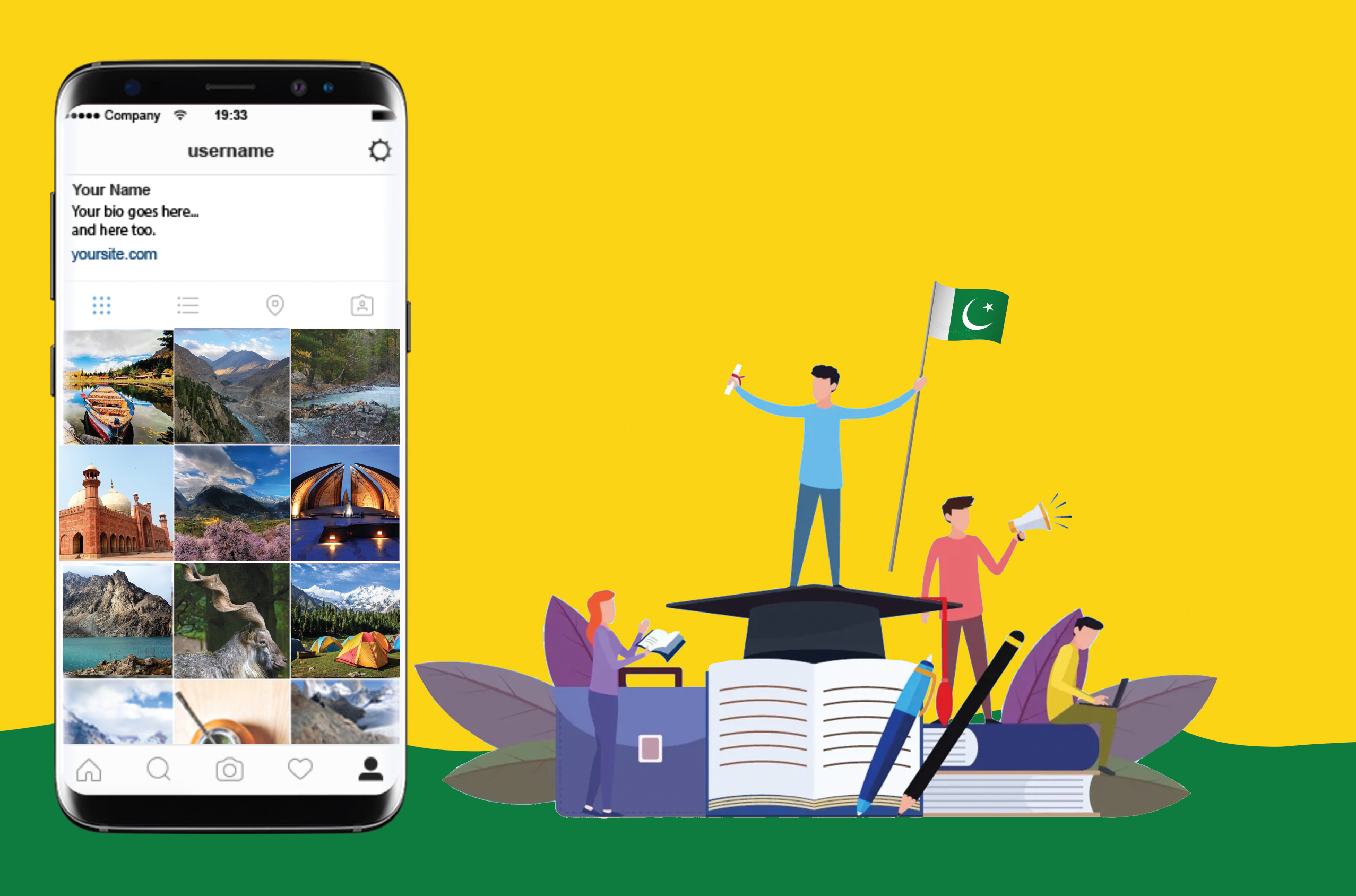 The vitality and progress of a nation depends not only on its economic development, but also on its institutions, diplomacy, cultural values, social energy and resilience of its people. The importance of having a positive image as a soft power strategy is important for smaller and developing states to be relevant in the comity of nations. Thus, soft power, a term coined by the American political scientist, Joseph Nye in 1980s, is the ability to obtain one’s preferred outcomes through persuasion rather than coercion or payment, that focuses on culture, values and foreign policies. This makes soft power – a strategy to subdue the enemy without fighting – as Sun Tzu had mentioned. The belief on what a naked eye sees makes it a reality for the minds being influenced. It makes perceptions more significant than reality. In this regard, the world is now experiencing the emergence of new media such as Twitter, TikTok, and Instagram. Through these mediums, soft power is being extensively used across the world to mould public opinion. Thus, soft power has become a substitute for exercising power. When it comes to Pakistan’s international standing, it is being tarnished by some vested powers. Hence, Pakistan has been working to bring forth the positive side of the country, but no one hears about it in the foreign media, as little to no coverage is given to it.
Soft power as an influencing tool can be divided into three main areas: youth, tourism and social media. In the age of globalization, a proactive youth, fast-forward growing media, and Pakistan’s foreign policy footprint has become multidimensional in responding to the socio-political global trends. It has become essential to shape global narratives to enhance the soft image of the country.
A major instrument in exercising soft power strategy that is not fully utilized is the youth. One of the most effective tools for enhancing the role of youth is through the student exchange programs. It is an important feature as it involves the respective foreign ministry as a key stakeholder in the program. This emboldens the direct link between exchange programs and foreign policy goals. It can be a step to enhance the role of youth in decision making through participation in exchange programs. When it comes to Pakistan, it has a youth bulge which makes up a good size of human capital. The educational institutions in Pakistan have successfully produced some of the best qualified professionals, including doctors, engineers, social scientists, bankers, and entrepreneurs, etc. It has higher educational institutions, which often rank in the world’s top institutes. So, focusing more on the youth can be fruitful as they can be the potential ambassadors of projecting soft image. In this regard, the National University of Sciences and Technology (NUST) started its NUST Internship Programme for International Students (NIPIS) to attract students from abroad and focus on cultural exchange, and diversification and projection of soft image of the country at large. Similarly, Pakistan Army in this regard has also contributed towards developing soft power strategy. Cadets from different countries including Sri Lanka, Saudi Arabia, and Bahrain, etc., have been a part of the training courses at the Pakistan Military Academy, Kakul. Given the unparalleled success of hosting foreign students through foreign exchange programs in diverse areas, it is necessary for Pakistan to promote its soft power through enhancing and widening the scope of the exchange programs to attract youth from all around the world.

National University of Sciences and Technology (NUST) started its NUST Internship Programme for International Students (NIPIS) to attract students from abroad and focus on cultural exchange, diversity and projection of soft image of the country at large.

Social media is another instrument of soft power. Keeping in view the current global trends, social media can be revamped as an information outlet, highlighting and analyzing relevant domestic and international events. Regarding its significance, the Digital Media Wing (DMW) of Ministry of Information and Broadcasting in Pakistan has been directed to effectively project the positive image of the country. Social media can also be used for creating awareness among the general public. The mainstream and social media can be a double-edged weapon if not used properly. Information shared through social media platforms can help build positive narrative and could be used to project the positive side of the country. In this regard, there is a need to develop laws for regulating social media. People associated with digital media should come forward and take responsibility to promote Pakistan’s positive image by promoting its culture, tourism and focusing on its shared values.

The mainstream and social media can be a double-edged weapon if not used properly. Information shared through social media platforms can help build positive narrative and could be used to project the positive side of the country.

In addition to this, tourism has also emerged as a promising industry. Pakistan has a unique natural element from the mighty Himalayas, Karakoram and the Hindukush ranges to the alpine meadows, forests, the vast Indus plain, the coastal line and wetlands. They all offer a rich variety of Pakistan’s natural beauty. A unique opportunity for religious tourism also exists, as Pakistan holds various Hindu temples, Sikh Gurdwaras and Buddhist monasteries. Religious tourism thus can be another avenue which can be a catalyst for projecting Pakistan’s positive image. In 2019, opening of the Kartarpur Corridor for the Sikh community in India and beyond, to visit one of their holiest places, Gurdwara Darbar Sahib of Guru Nanak, officially recognized the importance of religio-cultural tourism for Pakistan. Lauding Prime Minister Imran Khan’s efforts, the former Indian cricketer-turned-politician, Navjot Singh Sidhu, stated, “You have won hearts”. Similarly, in an attempt to strengthen bilateral ties with Sri Lanka in diverse sectors, Pakistan also invited Sri Lankans to visit the sacred Buddhist sites in Pakistan, which is home to centuries-old civilizations. So, deepening of the diplomatic ties through tourism reiterates that it plays an important role in promoting the narrative of an inclusive and progressive Pakistan. The tourism sector of any state is also important because it involves upbringing of the indigenous people. It can help in promoting and preserving local cultures and traditions. In this regard, foreign travelers like Rosie Gabrielle and Eva Zu Beck have played a major role in promoting the undiscovered beauty and national heritage of Pakistan with a widespread acclamation; Rosie stated to not believe what the media says about Pakistan. The promotion of tourism in Pakistan can also help in image building and narrative shaping which will help to erase the negative perceptions about the country. Be it the creation of a dedicated tourism channel, Discover Pakistan, and departments like Pakistan Tourism Development Corporation (PTDC), the greater the investment in tourism sector, the greater the projection of positive image of Pakistan. Moreover, important innovative initiatives like Emerging Pakistan by the Ministry of Commerce, Government of Pakistan, should be appreciated to align the perceptions about Pakistan with reality. The tourism sector also augments economic development. Not only this, as a spillover, it is also a reason for environmental protection. Apart from being a soft power tool, it is a major source of revenue generation, generating business and employment opportunities for the public. To fully realize the potential benefits of Pakistan’s tourism sector, structural impediments need to be addressed. The authorities must work to initiate capacity-building training programs, ease its visa policies to provide ease of access to anyone willing to visit Pakistan, and institute digital setups to ensure safe and sustainable tourism. Through efficient visa policies, more foreign tourists would be able to visit Pakistan which will help shift the global perspective. With proper training programs in place, Pakistan can enhance the working and efficacy of the tourism sector by hosting programs for tourists that would help develop Pakistan’s positive image as a tourist destination.
Despite the shortcomings, Pakistan is destined to be a prosperous, peaceful and progressive country. It is a harsh reality that the world has not seen the real picture of Pakistan due to immense negative propaganda launched by its enemies. This is a well-established reality now that Pakistan has suffered to a large extent because of its tarnished image globally. While the global narrative about Pakistan over the past few decades mostly highlighted it with respect to terrorism, extremism and deteriorating security situation, fortunately the country’s law and order situation has improved, considerably. Increasing investments in cultural diplomacy through the tourism industry, media and youth reflect this positivity. Investing further in these sectors can add to the benefits efficiently, while enhancing global awareness about Pakistan’s improving security situation. This would be a step in indicating many ways which can project that Pakistan is a tolerant and a peace-loving country. For a more proactive role on the world stage, Pakistan must reinvigorate its soft power strategy and invest in more sustainable areas. In the shifting geopolitics of the world, Pakistan needs to develop and work on projecting its soft power by using its youth bulge, eye-catching tourist spots, and the huge Pakistani diaspora communities in different countries, in order to get rid of its soft power problems. An improved positive image would also translate into Pakistan’s progressiveness and economic development primarily. Hence, it is imperative for Pakistan to undertake such measures to redress the misperceptions, for the long-term goals and national interest of pursuing its foreign policy objectives.