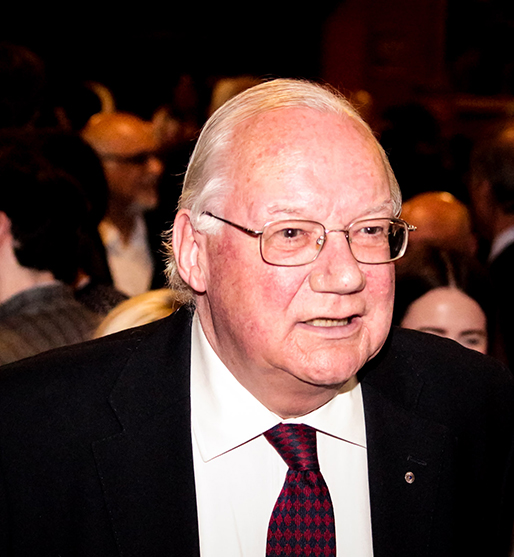 India is seeking membership of the Nuclear Suppliers Group (NSG), which is “a group of nuclear supplier countries that seeks to contribute to the non-proliferation of nuclear weapons through implementation of two sets of guidelines for nuclear exports and nuclear-related exports.” One of the NSG’s main stipulations, adopted in 1994, is that any supplier of nuclear-associated material or technology “authorises a transfer only when satisfied that the transfer would not contribute to the proliferation of nuclear weapons.”

It could not be clearer that this international agreement forbids provision of nuclear expertise or material to a country that has not ratified the Nuclear Non-Proliferation Treaty (NPT) which the U.S. State Department describes as “the cornerstone of the non-proliferation regime.”

But even cornerstones can be undermined, and that process began when President George W. Bush started negotiations with Prime Minister Manmohan Singh in July 2005 to produce a U.S.-India nuclear cooperation agreement. It took considerable effort by both sides to come to a mutually satisfactory arrangement whereby India would have access to nuclear material and technology consistent with the primary U.S. aim of entry to the potentially large Indian market for nuclear power stations. The commercially-based Agreement for Cooperation between the Government of the United States of America and the Government of India concerning Peaceful uses of Nuclear Energy of August 2007 is known as the 123 Agreement because it was necessary to amend Section 123 of the U.S. Atomic Energy Act 1954 which governs ‘Cooperation with Other Nations.’ India declined to abide by the Act’s specification that “non-nuclear-weapon states [e.g. India] partners [which India has now become] must have full-scope International Atomic Energy Agency safeguards, essentially covering all major nuclear facilities,” because this would involve inspection of defence-related establishments.

The modified Act seemed to clear the way for nuclear collaboration on a major scale, but in spite of seemingly generous terms in the Cooperation Agreement there has been no involvement by U.S. nuclear plant manufacturers, mainly because they do not want to be held financially responsible for a nuclear accident at a power station which they designed or built.

It is accepted worldwide that national nuclear plant operators are accountable in the event of accidents, but India’s Civil Liability for Nuclear Damage Act, 2010, and Rule 24 of the Civil Liability for Nuclear Damage Rules, 2011, provide for the right of recourse, pursuit of which would involve foreign enterprises, be they suppliers or operators, being held liable for damages. In spite of lobbying by U.S. President Obama during his visit to India in 2015, which was much praised as having achieved a “breakthrough” in removing the liability barriers which India’s parliament strongly supported, there has been no radical change that would encourage U.S. firms to seek major contracts. (The Westinghouse Electric Company, generally thought to be American, which is negotiating to build six nuclear plants in India, has been owned by Japan’s Toshiba since 2006.)

In February 2015 India’s Ministry of External Affairs stated that the Civil Liability Act “channels all legal liability for nuclear damage exclusively to the operator” — but Clause 17 of the Act specifies that operators are permitted to seek financial recourse from suppliers after paying compensation for “patent or latent defects or sub-standard services,” which are, naturally, open to legal interpretation in the event of a disaster.

It is notable that on May 19, 2016 it was reported in the U.S. that after a 26-year legal battle 15,000 homeowners in Colorado had succeeded in obtaining a $375 million settlement because plutonium leakage from a nuclear weapons plant had adversely affected their health and devalued their property. Rockwell International Corporation and Dow Chemical Company “agreed” to pay the money after fighting the lawsuit for over a quarter of a century. The media noted that “after a $7 billion clean-up that took 10 years . . . the most heavily contaminated area remains off-limits to the public” which is no doubt being borne in mind by India’s legislators who have not forgotten the 1984 disaster at the Union Carbide pesticide plant at Bhopal that killed and maimed many thousands of people. (Dow Chemical now owns Union Carbide. In 2012 it was revealed that Dow had engaged the intelligence company Stratfor to obtain information about the personal lives of activists engaged in seeking redress for negligence.)

While there have as yet been no commercial benefits to the U.S. from its nuclear agreement with India, there have been other effects, including some that are less than desirable in the context of “proliferation of nuclear weapons” which is condemned by the Nuclear Suppliers Group.

The Arms Control Association states that “In September 2008, in a move led by the United States, the Nuclear Suppliers Group eased long-standing restrictions on nuclear trade with India by the group members. NSG rules generally forbid the sale of nuclear goods, such as reactors and fuel, to non-NPT countries.” Before this ‘easing’ of international constraints, India had been unable to import uranium and was therefore entirely reliant on its own mines, which although producing only low-grade ore are extensive and in the long term capable of providing fuel to any number of nuclear facilities, civilian and military.

As a result of annulment of the international stipulation requiring its adherence to the NPT before being permitted to import nuclear fuel and technology, India negotiated nuclear cooperation arrangements with eleven nations, including the holder of the world’s largest uranium deposits, Australia, whose government’s 1977 Uranium Export Policy had specified that “customer countries must at a minimum be a party to the NPT and have concluded a full-scope safeguards Agreement with the IAEA.” But profit beats morality, and, as noted by the Centre for Strategic and International Studies, “Australia was the last domino to fall when it created an exception for India to its export policies in December 2011.” The agreement was tied up in November 2015 and a parliamentary committee noted that it could increase export revenues by $1.7 billion. (Canada’s current uranium contract is valued at $350 million; there is little public information concerning financial arrangements with other suppliers.)

Countries involved in nuclear cooperation with India are expected to observe similar rules to those of Australia which specifies that its uranium “may only be exported for peaceful non-explosive purposes,” and it is almost impossible that any foreign-supplied uranium could be used to produce nuclear weapons. These are manufactured at installations using India’s abundant indigenous ore which is no longer needed to fuel civilian nuclear power stations.

Following the U.S.-India 123 Agreement the President of the Federation of American Scientists, Charles D. Ferguson, wrote in Arms Control Today that, “by granting India access to uranium, the deal allows India to divert its indigenously-mined uranium to military applications without detracting fuel from the civilian program” — and that is the crux of the entire affair.

The Nuclear Suppliers Group, at the urging of the United States, approved a measure that encourages India to produce nuclear weapons more economically. The “cornerstone of the non-proliferation regime” has been dealt a massive blow. Although the U.S. Hyde Act of 2006 governing U.S.-India nuclear cooperation requires, inter alia, that the President must inform Congress of non-compliance with “the provision of nuclear fuel in such a manner as to facilitate the increased production by India of highly enriched uranium or plutonium in unsafeguarded nuclear facilities”, it is impossible for the U.S. to certify publicly that this is not taking place because there is no provision for on-site verification.

India regards membership of the NSG as a major foreign policy goal, and the U.S. support for its ambition was indicated in a joint statement on January 27, 2015, by President Obama and Prime Minister Modi which “committed [them] to continue to work towards India’s phased entry” in to the Group.

There are 48 nations in the NSG, and their attitude to accession by India varies from most supportive (U.S., France, UK, Australia) vis the majority who are fence-sitting and non-committal, to those opposed which include Ireland, Sweden, Pakistan and China.

Pakistan’s application for accession, officially submitted on May 18, 2016, notes that the NSG needs to “adopt a non-discriminatory criteria-based approach for NSG membership of the countries that have never been party to the nuclear Non-Proliferation Treaty.” It is considered, however, that this was more a record of protest than a reasoned bid to join an organisation whose amendment of basic principle to permit international supply of uranium to India was an indication of ethical flexibility.

On May 13, 2015, the U.S. State Department spokesman John Kirby was asked about India’s bid to join the NSG and he replied, “I’d point you back to what the President said during his visit to India in 2015, where he reaffirmed that the U.S. view was that India meets missile technology control regime requirements and is ready for NSG membership.”

The U.S. has made it clear that it will continue to support India’s efforts to achieve its objective, and that it will attempt to influence NSG members accordingly, as it did before succeeding in having them exempt India from the condition that there must be no nuclear cooperation with countries that have not acceded to the NPT. It is not surprising, therefore, that Mr. Sartaj Aziz observed that in Pakistan-U.S. relations there are “broader geo-political issues which must be kept in view.”

The writer is a France based retired officer of Australian Army and is an expert on South Asian affairs. He is also author of various books, and contributes extensively in international media.