The Monument of Ideology

Minar-e-Pakistan is one of the most publicized monuments of the country, which has become the emblem of national identity of Pakistan. Inaugurated in October 1969, Minar-e-Pakistan marks the passing of Lahore Resolution on March 23, 1940 by the All India Muslim League (AIML) at Minto Park, Lahore. The resolution marking the anti-colonial struggle called for separate states in the Muslim majority areas of the Indian subcontinent.
Twenty years later, on March 23, 1959, a resolution was unanimously passed by the members of Municipal Corporation Lahore, for building a suitable monument to commemorate the passing of the momentous resolution that led to the making of Pakistan. A 22-member Pakistan Day Memorial Committee was constituted under the chairmanship of Commissioner Lahore, to deliberate on the matter. Apart from the official members, a number of notable members of Lahore’s intelligentsia, such as Saeed Saigol, Adam Jee, Naseer A. Shaikh and Mian Muhmmad Shafi were part of the Committee. Nasreddin Murat-Khan, then Advisor to West Pakistan Government on Architecture was also made member of the Committee.
The Committee decided to hold a public competition for inviting concepts and design of the monument to commemorate the Lahore Resolution. When a number of design proposals, including one for a mosque and hospital, were turned down by the Committee, Murat-Khan who was a Russian born Pakistani architect volunteered to design the monument and the national park, and took responsibility for supervising its construction, ultimately rendering all of the major services free of charge. Such was his commitment to the nation.
The foundation stone was laid by Akhtar Hussain, Governor West Pakistan, on March 23, 1960 who continued to push the government to raise funds for the project.  On November 2, 1962, the design was approved by the committee and few months later January 1963, it was finalized and the work commenced in earnest. 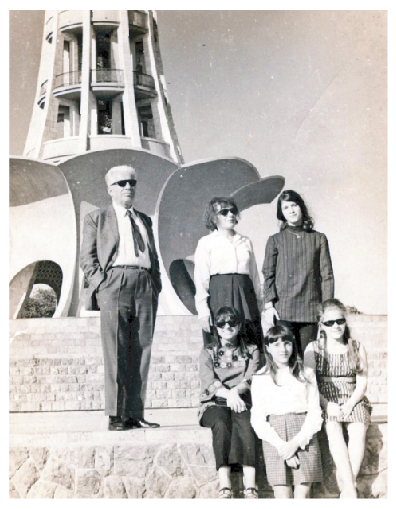 The writer is the former Director of National College of Arts, Rawalpindi campus & Vice President of the Council of Social Sciences.
E-mail: [email protected]