Maps are of vital importance in International Law. According to Sir Ian Brownlie, maps serve the purpose of proving a fact or law.1 Maps are primarily used as evidence to show a geographic feature relative to the other or certain areas, the location of natural features, distances or certain boundaries. Facts are proved with the help of maps like the existence, placement or identification of a certain area. However, the existence of a fact is often a question of the application of law.2 Maps, when used as evidence, can be easily dismissed by the courts if they are poorly sourced, inaccurate, inauthentic or biased. Consequently, the courts have adopted a restrictive approach towards their use or reliance and some have their own mapping experts.3 Given that a map is a legal fact, its existence has relevance in International Law even if the map is not necessarily an impartial product.4

The present map is a welcoming development as it legally documents all of Pakistan’s claims in relation to its glaciered territory in Siachen, its territory in the Arabian Sea over Sir Creek, and further it also includes the State of Junagadh and reiterates its claim over the said State. This exercise also demonstrates control by Pakistan under International Law over the territory of Gilgit-Baltistan and Azad Jammu & Kashmir, notwithstanding their internal domestic constitutional structures. The map also identifies IIOJ&K as a disputed territory. 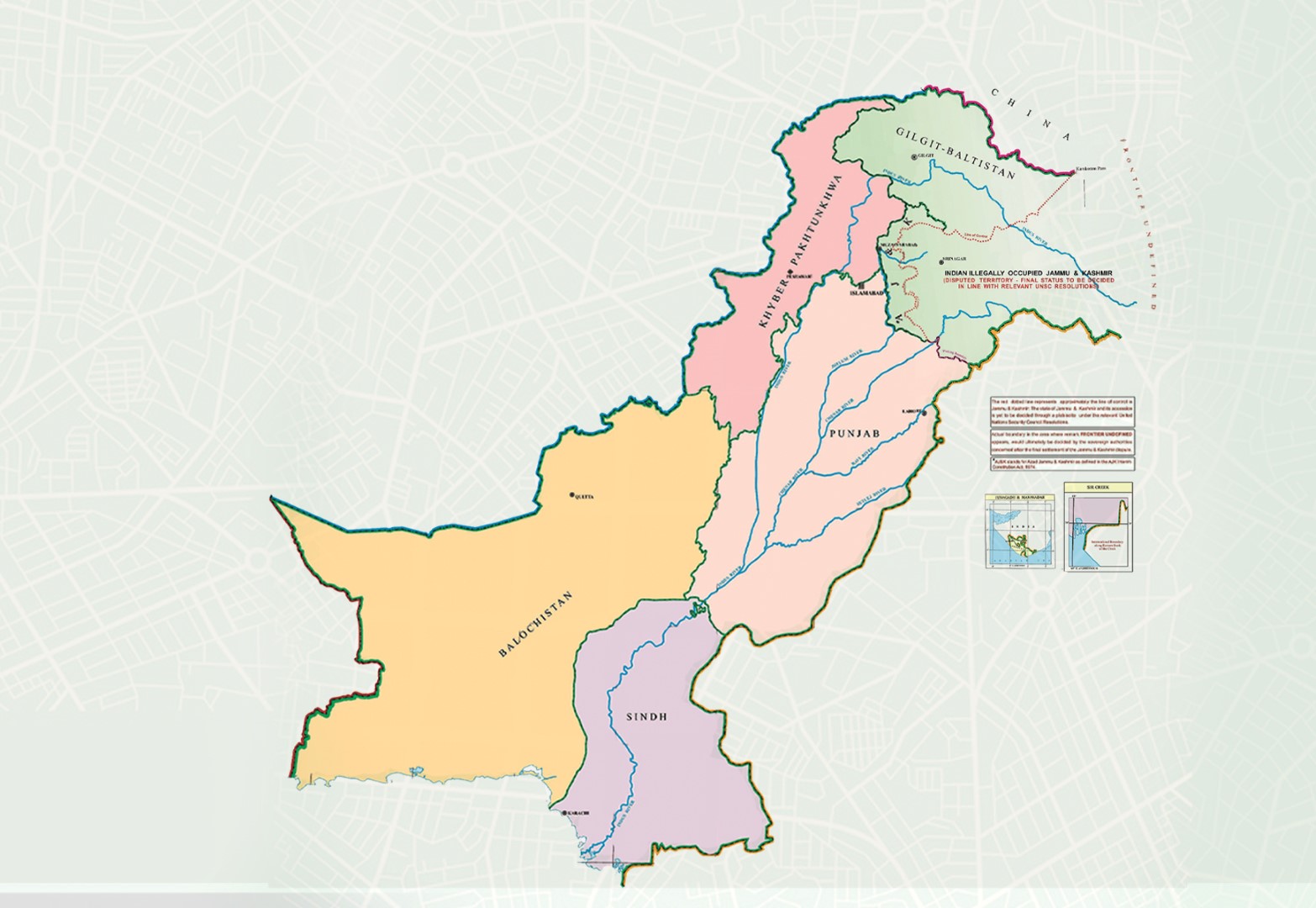