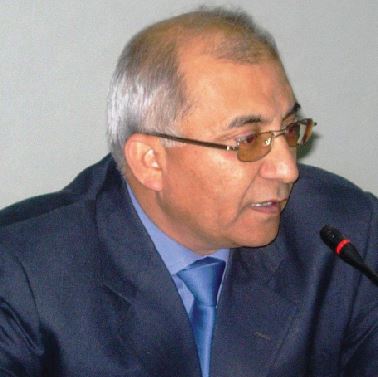 The Impact of Climate Change on Food Security in Pakistan 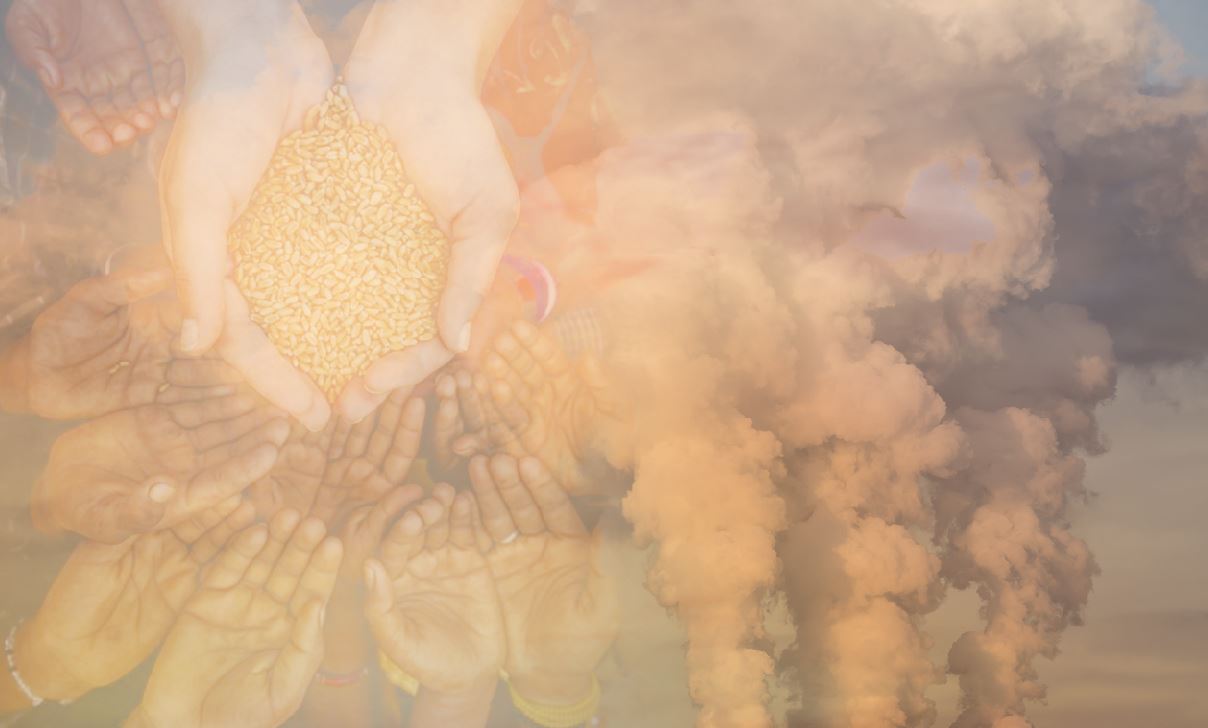 Food security refers to the condition when everyone in a country or a region, regardless of age, gender, socioeconomic status, place of living, and disability, has access to ample, healthy, and nourishing food. In the given economic disparity between rich and poor nations, diverse agro-climatic conditions, prevalent droughts and other natural disasters, wars, political instability, and forced migration of communities, ensuring food security of the affected communities has become a major challenge for the world. The latest United Nations (UN) figures suggest that over 820 million people around the world suffer from hunger due to lack of access to sufficient, safe and affordable food. The 2020 Global Hunger Index (GHI) shows that in Chad, Central African Republic, Ethiopia, Democratic Republic of the Congo, Somalia, Madagascar, Syrian Arab Republic, and Yemen, hunger severity is the highest, i.e., ‘alarming’, while in most other countries of Central Africa and South Asian region, hunger is a ‘serious’ problem. Afghanistan, Pakistan, India, and Bangladesh suffer from a serious level of food insecurity–a major challenge for the governments. Realizing the enormity and severity of hunger as a global issue, Goal-2 of the United Nations’ Sustainable Development agenda aims at achieving the target of ‘Zero Hunger’–by 2030 for all the peoples of the world.
The most common food items come from agriculture, horticulture and livestock sectors in the form of cereals (wheat, maize, rice, millets, and pulses), fruits and vegetables, whereas meat, milk and eggs are produced by animals. Although these sources of food are of primary importance, they are equally responsible for Greenhouse Gases (GHG) emissions, hence global warming, so the real challenge is to enhance food production with the least possible emissions. World‘s human population has increased fourfold during last the 100 years, i.e., from 2.0 billion in 1928 to almost 8 billion now. Reciprocally, demand for food has also increased manyfold. Besides the pressure of ever-increasing population, land use changes through conversion of arable land for residential, industrial or commercial purposes, pests’ attacks, tradeoff between food crops and cash crops, and rising cost of farming have also added to the pressure. In order to meet the challenge, food growers have adopted several strategies such as mechanized farming, better quality seeds, sufficient and timely water supply, and maintenance of soil nutrients, resulting in enhanced yields, but issues of storage, transportation, wastage, unequal distribution, and high prices still pose a major hurdle in achieving the target of zero hunger by 2030, nationally as well as internationally.
In this backdrop, climate change–a global phenomenon well known for its destructive, disruptive, and deadly impacts, has exacerbated the existing pressure on ensuring ample and healthy food availability at affordable prices to everyone. The challenge looks more ominous in the wake of changing climatic conditions, e.g., increased carbon dioxide and ozone concentrations near ground level, higher temperatures, droughts, irregular rainfall, hailstorms, erosion of topsoil by torrential currents, depletion of water table, and threats from locust and other pests. The livestock sector contributes significantly to food production and supply, but animals consume several million tons of vegetation to stay healthy and productive. Therefore, in the interest of human health at large, the need to adopt measures that ensure sufficient and safe food/drinking water for on-farm animals rests with the local and provincial governments.

Climate change–a global phenomenon well known for its destructive, disruptive, and deadly impacts, has exacerbated the existing pressure on ensuring ample and healthy food availability at affordable prices to everyone.

The 6th Intergovernmental Panel on Climate Change (IPCC) Climate Assessment Report, published in August 2021, reports that the average surface temperature of Earth has already gone up by 1.09°C since the pre-industrial era as a result of perpetually increasing carbon dioxide emissions, 85% of which comes from burning fossil fuels. Consequently, the frequency and ferocity of extreme weather events has also increased globally, which is evident from the recent flashfloods and forest fires in Europe, Asia, North America, South America, and Australia during 2020-21. As 90% of the atmospheric heat energy is absorbed by oceans, they are getting warmer and acidic, causing marine heatwaves that are responsible for mass killing of marine life, destroying their habitats, slowing down oceanic currents and rising sea levels. Several studies have already predicted substantial effect on the future yields of starchy dietary staple crops. A recent study shows that the yield of vegetables and legumes, which constitute a significant segment of healthy diets will also change. The mean yield changes for all vegetables and legumes combined were 22% increase for 250ppm increase in CO2 (Carbon dioxide) concentration, but 9% decrease for 25% increase in O3 (Ozone) concentration, 35% decrease for 50% reduction in water availability, and 2% decrease for 25% increase in salinity.
In the context of Pakistan, a study of temperature and precipitation measurements recorded at 30 weather stations from all over the country during the 1976-2005 period revealed a downward trend in the total annual rainfall and an upward trend in the mean annual temperature all over the country. The declining precipitation was more prominent during the latter half of the dataset, i.e., 1991-2005 period. The study estimated 1.18 mm decrease in rainfall, and 0.11°C temperature rise per decade. Another study analyzed rainfall patterns in the Pothohar region of northern Punjab using the dataset from 1975-2015. The study concluded that both maximum and minimum temperatures are rising while rainfall remains highly inconsistent, thus no prominent trend was detected.
The National Agriculture Research Council (NARC) data suggests that Pakistan has a total of 58 million acres of productive land, 20 million acres of cultivable wasteland, and 15 million acres of degraded land due to salinity or desertification. The surface-water availability for irrigation has declined from 16.26 million-acre feet (MAF) in 1976 to the current 13.68 MAF due to siltation of reservoirs and depleted river inflows. The current storage capacity hardly fulfills the irrigation needs for 4 weeks. However, about 14 MAF of surface-water remains untapped for want of additional storage reservoirs. In addition to the surface water, about 50 MAF of groundwater is also drawn from nearly 0.6 million tube wells across the country. Besides, official statistics of the existing situation are quite alarming in the sense that 20% of our population is undernourished, 18% are severely food-insecure, 40% people are not getting enough food, 40% children are stunted, 42% women and 54% children are anemic. By any means, this is a worrisome scenario, particularly with 55 million people living below the poverty line and population increasing at 2.0% annually. The Ministry of National Food Security and Research’s data reflects that in comparison to 2000-01 with 2018-19, food crops’ production has gone up from almost 26 million tons to about 39 million tons, cash crops from 46 million to 78 million tons, pulses from 0.621 to 0.682 million tons, and edible oilseeds from 4.1 to 4.9 million tons, respectively. Pakistan Bureau of Statistics’ data on production of four major staple crops indicate that from 2011-12 to 2019-20, wheat production has increased by 1.77 million tons, maize production by 3.54 million tons, rice production by 1.25 million tons, and sugarcane by 7.98 million tons.
The government has launched physical work on two major and several minors surface-water storage facilities that will not only ensure adequate irrigation from surface-water supply, but also replenish aquifers to fulfil the future needs of water for irrigation. It has introduced an Agriculture Emergency Program worth Rs. 277 billion to revolutionize the agriculture and livestock sectors with the objective to improve water availability and soil conservation. Additionally, the program also includes establishing new agriculture markets to protect farmers through Kisan (farmer) cards that will guarantee farmers’ purchase of seeds, fertilizers, and machinery on subsidized rates and sell their produce on market rates without the middlemen.