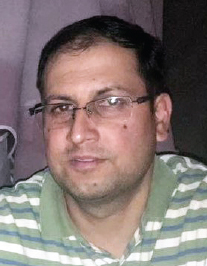 As the sun sets over the glittering snow crystals and unravelling peaks of Siachen – the highest battlefield of the world, it makes one think about those who respond to the call of duty in these harsh living conditions. These are the daring snow warriors of Pakistan Army whose sense of duty, dedication and vigor are admirable. These men are made of flesh and blood just like every other individual, yet it is their valor that makes them extraordinary and distinguished from others. 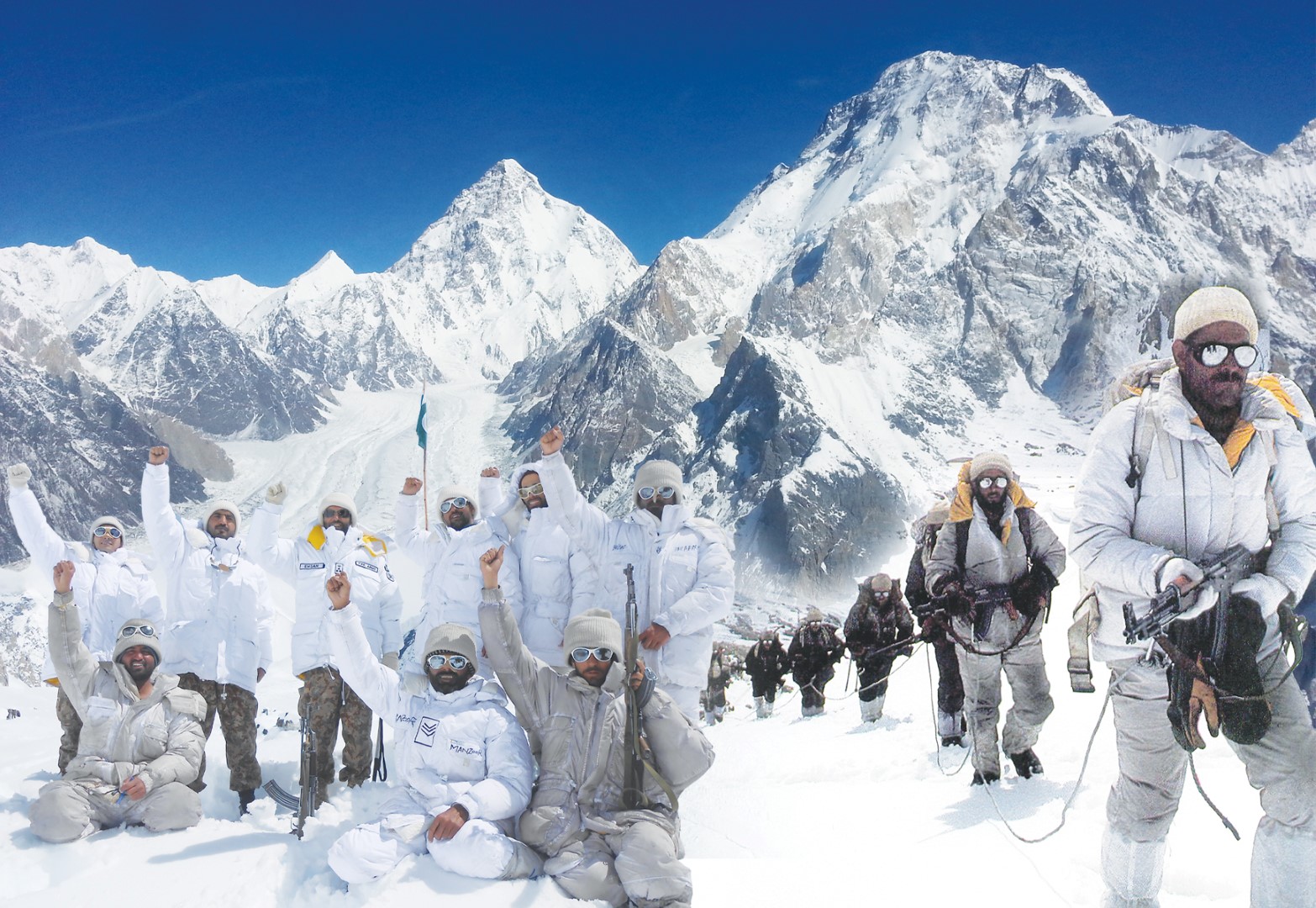 On receiving a posting for Siachen, our soldiers embark on a journey to the Northern Areas in order to join glaciers with great pride and accept the folds of Karakoram and Himalayan ranges with rejoice. Each passing mile towards Skardu and Jaglot serves as a stimulus for the morale and the determination experiences a renewed strength. Passages astride River Indus, Shiger, Shyok, Shingo, Astore are heart wrenching. Baltoro and Biafo glaciers add to the courage of passersby. Moving further northeast, on slide affected roads and dirt tracks, the magnificent valleys of Hushe, Khaplu, Shiger, Indus, and Minimarg with interspersed villages present no less than a Caucasian view. In summers, the orchards laden with ripe apricots, peaches and tall trees are matchless marvels. Winters stare ghastly as trees are bare, fruits picked, mountains snow-capped and rivers turn frigid. However, the area still remains a mountaineers' paradise and tourists’ romance as five of the world's 8,000-meter-plus peaks are located in the Gilgit-Baltistan region, including K-2, the world's famed second-highest peak. Passion of our late national hero, Muhammad Ali Sadpara, is a testimony to the fact. All this is enough to invigorate the spirit of a snow warrior to safeguard the territorial frontiers of the motherland. 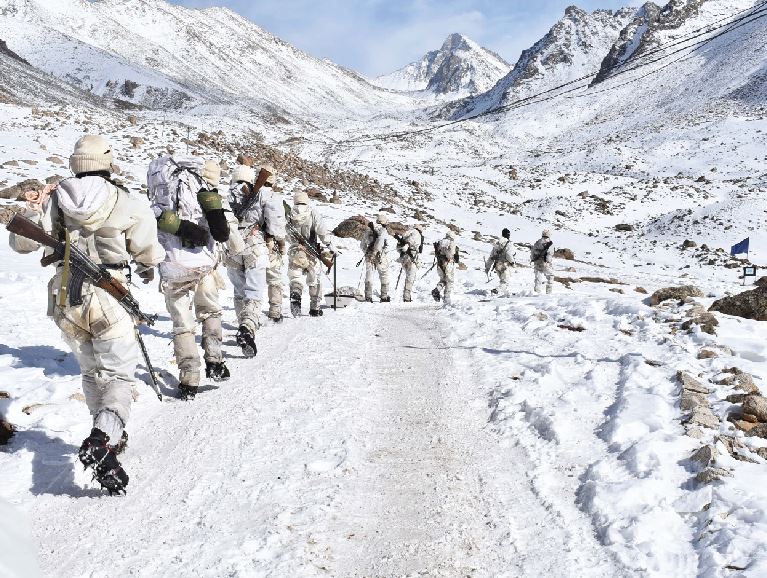 Historically, the pawn of Siachen conflict was thrust upon us by Indians around thirty-seven years ago, starting in April 1984 with a wishful intrusion to uninterruptedly swallow the de jure Pakistani territory but de facto No Man’s Land. This attempt by the Indian the brigade-strength intrusion was effectively checked and responded to. The unflinching resolve and fighting spirit of our soldiers marred the designs of Indian troops despite being outnumbered by an adversary superior in number and weaponry. From then on the area became a permanently militarized zone along the Line of Actual Contact (LAC). So far thirteen rounds of negotiations have been held which were inconclusive, primarily due to Indian mulishness and obstinacy, thus adding Siachen among the issues that are an impediment to the normalisation of Pakistan-India relations. The Indian military establishment has always played the role of a spoiler to sabotage efforts for peace at Siachen and India has consistently rejected all proposals for resolution of the issue made by Pakistan.

Presently our soldiers are deployed eyeball to eyeball on high altitude posts as close as 25 meters. Siachen is characterized by a treacherous terrain, extreme low temperatures up to minus 60 degrees, high winds up to 70 knots and recurring whiteout conditions. The area poses severe physical, pathological and psychological strain on deployed manpower wherein terrain and weather cause unique operational and logistic challenges. Horrifically, here the skin is burnt black with the sun and a mere touch of bare metal against bare skin can tear the flesh. Overall, Baltoro remains with us as the highest glacier, having a post at 6,706 meters and average soldier deployments on heights ranging from 4267-6096 meters.
Nature, not bullets or mortar fire, is a more lethal enemy than the actual enemy at Siachen. The harsh weather conditions cause various ailments among troops stationed at high-altitudes ranging from 2,743 meters to 6,706 meters. Climatic conditions in the region have claimed limbs/lives of more than 3000 Pakistani soldiers since 1984. According to Indian Defense Ministry documents, more than 5000 Indian soldiers including officers and Junior Commissioned Officers have lost their limbs/lives. The common problem soldiers face at Siachen are HAPE (high altitude pulmonary edema), which can ultimately cause cardiac arrest due to blood clotting as well as weight loss, hypothermia, frostbite and chilblains. Soldiers going from low-lying areas to high altitudes get themselves acclimatized to avoid the risk of HAPE. They pass through stages of acclimatization between 2,438 meters to 4,877 meters to get their lungs accustomed to living in a low-oxygen environment.
Another significant threat posed to our soldiers is glaciers, crevices and unforeseen blizzards. Soldiers may fall into crevices while conducting routine movements from one army post to another. As per sources, since 1984 over 1000 Pakistani officers/soldiers and over 500 porters have lost their lives due to crevices and glaciers. To mitigate the risks, moves are carried out at night and in groups tied by a rope which aids in protecting each other from falling into crevices.
Snow spells are constant features which limit the natural window for the conduct of moves and other administrative maintenance work for the highest posts. But Pakistan Army’s daring soldiers remain relentlessly committed to maintain connectivity and safe moves. Such unwavering tenacity and undaunting spirits help them to maintain combat readiness and open routes through most of the year.
Provision of essential food and weapons supplies to the highest military posts is another difficult job, costing huge sums daily. Helicopters are normally used to drop supplies to these difficult posts in winters. But in summer, porters and mules carry out dumping of essential items to forward positions. The pilots who drop the supplies near high-altitude posts are highly proficient in doing their jobs. The local porters help the army in taking supplies to the sector's base camps and the highest positions. 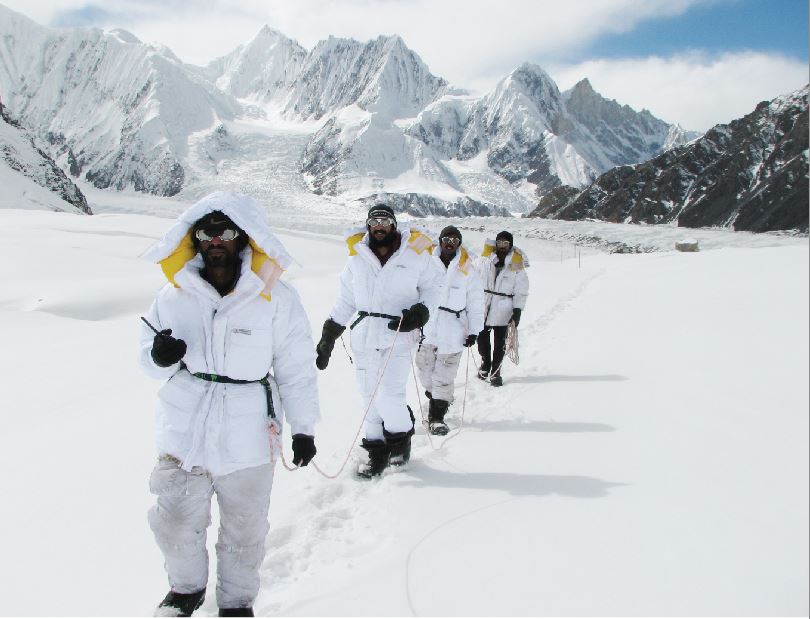 Isolation is again a big challenge. The soldiers and officers live in the same igloo irrespective of rank. And, while they are on duty guarding the outposts, sometimes the sun is not seen for many days and weeks. Offering prayers and recitation of Holy Quran are more frequent for spiritual uplift. For recreation, the officers and soldiers play games like Ludo, Carrom etc. Sometimes they also hold singing parties at their posts. Celebrations are done when new colleagues join them and special parties are arranged in the honor of newcomers. The most difficult moment is when a soldier falls sick and he has to be evacuated, which is quite a major medical challenge. Despite these horrendous conditions of existence in military bunkers, the morale of jawans and officers remains very high, smiles with enthusiasm never fade away and the zest to serve and defend the motherland always blossoms. 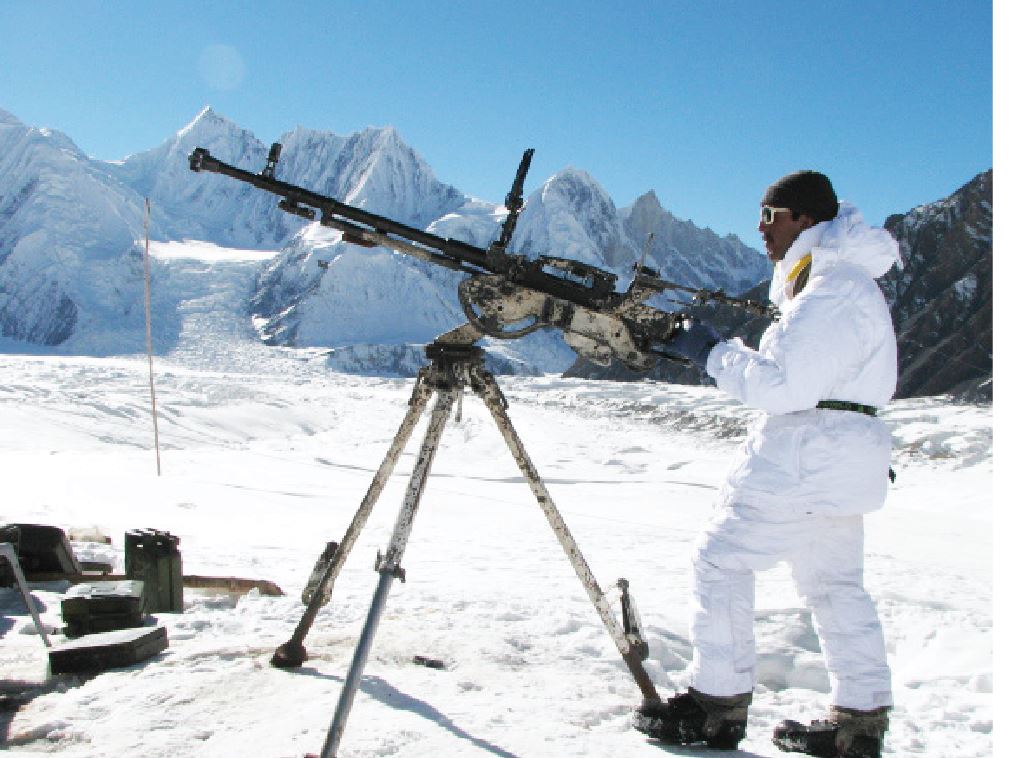 Lastly, the phenomenon of global warming and presence of thousands of soldiers on both sides has caused the glaciers to melt faster as the trash they leave on glaciers can’t be retrieved due to high altitude and extreme weather. In this particular case, again India gets the burden of responsibility on two accounts: 1) despite Pakistan’s best efforts, Indian military and civilian leadership has shown a haughty stubbornness to solve the issue; 2) India has deployed more number of troops and that is one major cause of disturbing the natural ecology of these glaciers.    These glaciers are the main water source of the Shyok River, which later joins the Indus River near Skardu, the main source of drinking water and irrigation downstream in Pakistan. A 2017 Pakistani meteorological report warned that Himalayan glaciers have been shrinking for the past many years with losses accelerating to alarming levels in the past decade. It is pertinent to mention that the Siachen glaciers are like a natural dam which can save Pakistan and India for future generations as an inlet water source to feed the rivers. The tragic loss of life of 140 Pakistan Army soldiers in an avalanche in the Gayari Sector may be attributed to the same phenomena. Notwithstanding, Army leadership is making concerted efforts to backload wastes, debris and harmful materials in open seasons. 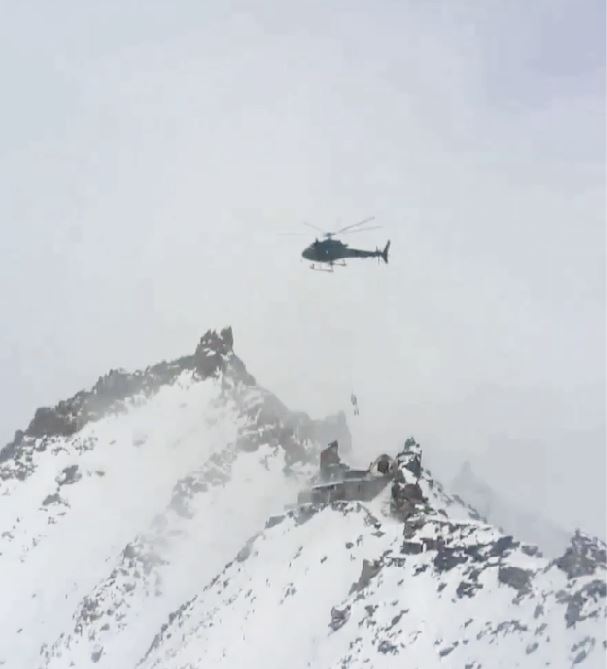 Pakistan Army, being a very professional outfit, imparts state-of-the-art training, provides high quality equipment and gears and best food to upkeep morale, devotion and commitment to the cause by troops. All actions, whether administrative or operational, are performed very methodically and on scientific lines at Siachen.
To minimize the effects of harsh climatic and terrain conditions, the soldiers designated for the highest posts at 6,706 meters undertake gradual climbs and stop over enroute to acclimatise with the weather and terrain. It may take them more than 20 days enroute. They are specially trained troops who can survive such harsh living conditions in bunkers and igloo-like structures for months, with temperature that can drop as low as minus 60 centigrade.
Also, think of the inner battlefield of the soldier to perform marvelous feats while fighting for his motherland. He has the same human faculties yet his training and unwavering love for the country turns him into kind of a super human. Living too far away from near and dear ones, one can concede that it is the spirit and courage that makes the young soldiers perform unbelievable deeds of bravery which are expected only from a veteran soldier.
India, having tested our resolve many times, needs to understand that Siachen is not only an issue of national security but is also a concern of promoting human security and protecting the environment. In the wake of the last Indo-China standoff, an overall irrational jingoistic approach of Indian Parliament and its Army’s nefarious postures, one can safely contemplate that India is likely to maintain a stalemate at Siachen – rather aggravate, when needed. Unfortunately, India's short-sighted policymakers do not learn from history and the resulting military miscalculations can have dangerous consequences. In this context, it is also relevant to mention that efforts for peace at Siachen between the governments of India and Pakistan have been sabotaged by the Indian military establishment on multiple occasions such as in June 1989 (initiative between Prime Minister Rajiv Gandhi and Prime Minister Benazir Bhutto), June 2005 (Prime Minister Manmohan Singh’s claim of “Mountain for Peace”) and June 2012 during the 13th round of talks on Siachen.
The recent ceasefire understanding along the LOC between both countries is a welcome step. However, it is also high time India to cooperated with Pakistan on issues of human security and environmental challenges, particularly Siachen. In this context, cardinals of defusing military tensions on the world's highest battleground may be thought of as demilitarisation of Siachen and collaboration to preserve the environment and combat the consequences of climate change and global warming.
We salute our snow warriors. For survival at Siachen, mere equipment is not necessary but courage, motivation and hard professional training are a must. Our snow warriors are trained to live and fight where the eagles fear to fly.