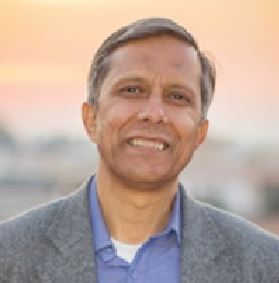 Despite all odds, the newly raised 39 (ad hoc) Division fought against the enemy’s aggression and laid their lives in the defense of the motherland. The remains of the valiant soldiers buried in Dacca would always be the pride of the nation.

Chandpur literally means the place of the moon. There are several tales of how this place got its exotic name. It has been variously attributed to Chand Rai, a Zamindar of Bikrampur or Chand Faqir or Shah Ahmed Chand, an administrator from Delhi in the fifteenth century, who had established a river port here.1 Chandpur found its place on the modern maps in 1779 CE, when Major James Rennel, a British surveyor, drew a map of Bengal and included an obscure town called Chandpur in it.2 It figured prominently as a place where a last-ditch battle was fought in the 1971 War.
According to Encyclopedia Britannica, Chandpur is a river port situated at the confluence of the Dakatia and Meghna rivers in south-central Bangladesh. It is connected by road and rail with Comilla, near the eastern border with India, and Noakhali to the southeast. Chandpur is linked by riverboat to Goalundo Ghat to the northwest, Narayanganj to the northeast, and through the swampy Sundarbans region to Kolkata (Calcutta in India) to the west.
The riverboat plays an important part in our story.
The modern city of Chandpur is a major jute-shipping centre. Jute products are processed at W.Rahman Jute Mill, Star Al Qaeda and Hamidia Jute Mill. These mills had been established in the early sixties.3 Jute was the major source of earning foreign exchange before Pakistan got divided.
In 1971, Chandpur was considered the shortest route to Dacca from the South.  39 (ad hoc) Division was raised on November 18, 1971, two days before Indians officially opened hostilities in East Pakistan. Indians, of course, had been supporting Mukti Bahini for more than one year and had been encroaching into Pakistani territory for many months. The Division was tasked to defend the south-eastern sector. Its Area of Responsibility (AOR) comprised the Comilla-Feni and Chittagong subsectors. Major General Mohammad Rahim Khan was appointed as its first General Officer Commanding (GOC). He would be the only general to command this makeshift field formation of the Eastern Command. The Division Headquarters was set up in Chandpur. This ill-fated Division had a very short lifespan. The Division had two regular brigades, 117 and 53 and two ad hoc brigades 91 and 97. The troops were strung all along the border to prevent any incursion into its AOR. The war for 39 (ad hoc) Division started on December 3 and ended on December 9. In six short days, the war was over for this hastily raised Infantry Division.

A company of 25 FF delayed Indian 301 Brigade’s advance to Chandpur till the last light of December 8. It destroyed all bridges en route before withdrawing to Chandpur.

In view of the deteriorating situation, the GOC ordered the evacuation to Narayanganj on the night of December 8-9. A company of 25 FF delayed Indian 301 Brigade’s advance to Chandpur till the last light of December 8. It destroyed all bridges en route before withdrawing to Chandpur.4 Major General Ithar Shah in his book, A Thousand Miles Apart writes:
A total of 700 personnel were evacuated during the night. They included the staff of the Headquarters 39 (ad hoc) Division, company each of 25 FF and 21 AK, Razakars and West Pakistani Police. General Rahim was last to leave, in a gunboat at 4.30 am, on December 9.  By the time his gunboat neared Narayanganj, the sun had risen and Indian Air Force (IAF) was in the sky. The last two gunboats/steamers were hit by the enemy aircraft, resulting in the death of 14 Pakistan Navy personnel, and four staff officers Headquarters 39 (ad hoc) Division. Many were injured along with General Rahim and were evacuated to hospital at Dacca.5
The Pakistan Navy gunboat carrying General Rahim’s tactical headquarters had just one 12.7mm MG with hardly any ammunition. The two enemy aircraft had all the time in the world in broad daylight to strafe it in leisurely swoops. Those killed in action included Lieutenant Colonel Rashid Ahmed Qureshi, and the legendary Major Bilal Rana SSG/7FF. Lieutenant Colonel Qureshi, the GSO1 was from 1 Punjab and had commanded 2 Punjab in Chakothi, Azad Jammu and Kashmir. Both these officers were posthumously awarded Sitara-i-Jurat. As per the information provided by General Rahim to the family of Lieutenant Colonel Rashid, the mortal remains of the two officers were buried in Dacca cantonment graveyard.6
General Rahim was evacuated on one of the last helicopters that left for Burma. General Rahim upon his return to Pakistan was appointed the Chief of General Staff.7 Later, he was made the country’s ambassador to Mozambique and Malaysia. He also served as Secretary of Defense. General Rahim, a native of Rawalakot, devoted his later life to spreading education by establishing the Kashmir Education Foundation (KEF). This organization paired schools in Kashmir with schools in the UK as part of the Global Schools Partnership, a programme of the British Council.8
Lieutenant Colonel Qureshi’s son, Imran Rashid, followed in his father’s footsteps and joined 1 Punjab. He would go on to command 1 Punjab and retire as a brigadier. Major Bilal was a bachelor. General Pervez Musharraf named his first born Bilal, to honor the memory of his close friend from the special services.9

The author was commissioned into 7FF and commanded both 25 and 7FF. He has been the Honorary Colonel of both these units as well as that of 8 NLI.
E-mail: [email protected]