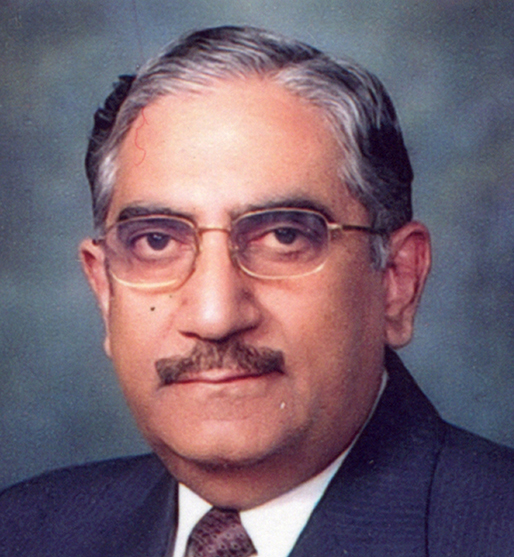 The Breakthrough at Thar Coal Field

One of the largest deposits of coal in the world was discovered in the Thar Desert in 1988. Drilling for water resulted in accidental discovery of coal. The Geological Survey of Pakistan conducted test drilling and came up with a coal field 160 km in length and approximately 60 km wide with coal reserves of 175 billion tons.

The coal was young lignite coal with a low ash and sulfur content. The first serious attempt at mining was made by Shen Hua mining company of China. Several drilling holes were attempted to ascertain the underground structure and hydro geology of the area and identify the thickness and depth of various coal seams. Several blocks were created in the coal field with areas ranging from 64 to 100 sq km each.

Detailed closely spaced drilling resulted in valuable exploration data which would subsequently be required for the exploitation of the coal reserves. These studies revealed occurrence of water aquifers at depths of 85 and 125 metres below the surface. The first aquifer is fed from rain water permeating through the sands of the desert while the second aquifer is fed from the Arabian Sea which has extended across the flatlands of Rann of Kutch as a result of rise in sea level due to global warming. It is precisely these aquifers which have prevented the mining of coal since its discovery 28 years ago. The principal coal seam sits 60 metres below the lower aquifer (Fig. 2).

At several places in the world there are large coal deposits which have been rendered uneconomical to mine due to the presence of water aquifers. With the depletion of oil reserves and the increase in prices of oil several universities in the world began to research on a method which would make it possible to utilize such coal. In 2005, as a result of this massive effort the technology of Underground Coal Gasification was evolved. It became commercially viable with the introduction of Horizontal Directional Drilling using Magnetic Guidance Systems.

Underground Coal Gasification
At Thar Coal Field a series of gas wells were established using vertical drilling rigs. The gas wells are lined with special steel pipes and reach the bottom of the coal bed from the surface. The coal is at an average depth of 175 metres. In Fig. 3 the black band at the bottom of the gas wells is the principal coal seam at Thar accounting for 80% of the total coal. Its thickness ranges from 4 metres to 11 metres. This line of gas wells is called a face and is about 500 metres in length. During gasification process it yields 11.25 billion cubic feet of coal gas equivalent to 4.5 billion units of electricity. Several such faces operate in parallel to generate power at the UCG Project.

The first well A1 is pressurized with compressed air injection. The inherent water in the coal seam is expelled from the bottom of the well. The coal is then ignited and compressed air injection drives the fire at the bottom of the coal seam through the horizontal tunnel established by the HDD machine to the next series of wells (Fig. 4). High temperature, presence of oxygen from the air and steam produced from the water of the coal due to the heat of ignition are the three conditions responsible for production of coal gas. The coal gas comes out from the production wells. The gas consists of hydrogen, carbon monoxide and methane. This raw gas contains impurities such as ash, tar, sulfur and moisture. A purification process in an elaborate chemical plant (Fig.5) removes all the impurities to deliver clean and dry gas fit for power production.

Purified coal gas is delivered to the power station at the UCG Project at Block-V Tharparker. Power generation commenced on May 28, 2015 and is continuing to date. The power station presently has a capacity to generate 10 MW of electricity. This capacity can be enhanced to 1000 MW or beyond depending upon the quantum of funding to the project. (Fig. 6)

All over the world coal gas is considered as a very valuable commodity. In China which is the largest producer of the coal gas in the world, the characteristics of coal are similar to those at Thar. Most of the coal gas is being produced in Inner Mongolia. It is considered a waste of resources to burn coal gas for power generation especially when a high value addition can be obtained by utilizing this precious resource for the production of Diesel, Methanol, Pharmaceuticals, Rayon and Fertilizer etc. (Fig. 7)

An ideal utilization of Underground Coal Gasification would be to exploit the full potential of Thar coal and the establishment of a vast chain of chemical industries to manufacture several of the products that coal gas can yield. Single complex in South Africa (Sasol) is yielding 160,000 barrels of high quality diesel from coal gas at $ 25/barrel. With the interest of the government, Thar is visualized as the leading economy driver of Pakistan in the years to come.

With the hard work of Pakistan’s elite scientists, engineers and technicians a world class facility for power generation in Thar coal fields, has been established. This project became a reality due to extensive research and innovation of the technical team. The project was approved for 100 MW with a completion time of 2 years. However due to partial release of funds in 6 years since its initial approval the first power generation of 10 MW commenced in 2015. Power generation from coal is invariably associated with environmental pollution. The main characteristic of Underground Coal Gasification process has made it possible to produce electricity without atmospheric pollution. The carbon dioxide emitted from the gas engines can be conveniently compressed and stored into underground cavities resulting from the consumption of coal during the process of gasification. Carbon credits will be claimed as and when the project attains its full potential. Since this project has been conceived by a very capable scientific team, all the safety, environmental and economic aspects have been seriously built into the design.

The exhaust gases from the coal gas engines, which are emitted at temperatures exceeding 500oC are utilized to generate steam and drive a steam turbine generator to give additional 20% electricity (Fig.8).

.
With the elimination of coal mining UCG becomes the cheapest power project per MW. The cost of electricity produced can be around 6 cents per KWh when the power generation capacity is less than 100 MW. For larger capacity the unit cost can come down by 30% approximately.

Considering the environmental friendliness, low Capex (Capital Expenditure) and low unit cost Underground Coal Gasification is undeniably the best option for the vast coal reserves in Thar. With the full backing of the Government of Sindh and the Federal Government an economical and reliable solution can be found to the deficiency of power and gas. Expenditure on import of fuel and fertilizer can also be minimized using coal gas.

The writer is an eminent scientist who led the team of scientists and engineers to conduct Pakistan's Nuclear Tests at Chagai in May 1998. He did his masters in Physics with academic “roll of honour” from Government College Lahore in 1962 and later did his D. Phil in Experimental Nuclear Physics from the University of Oxford in 1966. He was later appointed Chairman of NESCOM in 2000. On joining the Planning Commission of Pakistan he was responsible for conceiving and implementation of the Reko Diq Copper Gold Project and the Underground Coal Gasification Project at Thar Coal Fields.