The second solo exhibition of artworks of Colonel Naiknam Muhammad Baig was held at Arts Council of Pakistan, Karachi. Lieutenant General Humayun Aziz, HI(M), Commander Karachi Corps was the chief guest at the inauguration ceremony on November 16, 2018. A large audience comprising of military officers, families and civilian dignitaries from all walks of life was in attendance. Some legendary artists like Talat Hussain and Haseena Moin also graced the occasion with their presence. 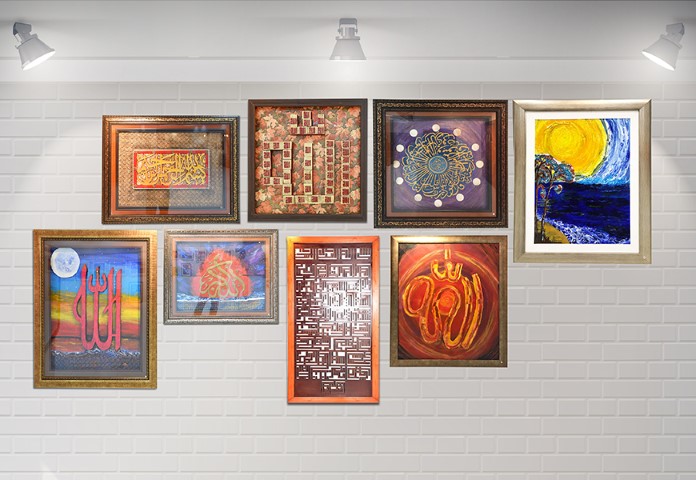 Last year, on November 20, 2017, Colonel Naiknam had put up his debut arts exhibition at the same place, inaugurated by ex Commander Karachi Corps, Lieutenant General Shahid Baig Mirza.
Eighty five masterpieces of his artwork were displayed at the exhibition, using different mediums to include canvas, wood art, cut art, multimedia, beads work, relief, gemstones, modern art and metal. The soldier artist had expressed himself in many forms; from calligraphy to abstract, from caricatures to impressions, from landscapes to moulds and sculptures. It was indeed a treat to see the variety and versatility in the artwork of Colonel Naiknam. For his every artwork, the artist had a story and a philosophy to share, which was equally fascinating.
Addressing the inauguration ceremony, the chief guest commended the excellent artwork of the artist and remarked that "soldiering and arts had a centuries old relationship. Even during wars soldiers were able to produce artworks of numerous types, some of which were declared 'classics' later by the art critics". He expressed his pleasure to know that some of the artworks of Colonel Naiknam done with cartridges and original crystal quartz of Hunza Valley were declared as 'Classics' by the Arts Council of Pakistan, being the first of their kind. He encouraged the officer artist to further open up and refine his art so that he is recognized at the national and international level.
The exhibition lasted three days and was attended by many Karachiites including military and civilian families, artists, instructors and students of Arts Council of Pakistan. By end of the exhibition, most of the artwork was given away by the artist to his friends, family and colleagues.