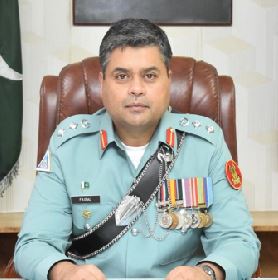 The sacrifices of the Pakistan Army not only included the loss of lives, but also the loss of ancestral land and blood relations. Major Haroon Al Rashid Khan was one such officer who chose Pakistan over Bangladesh. 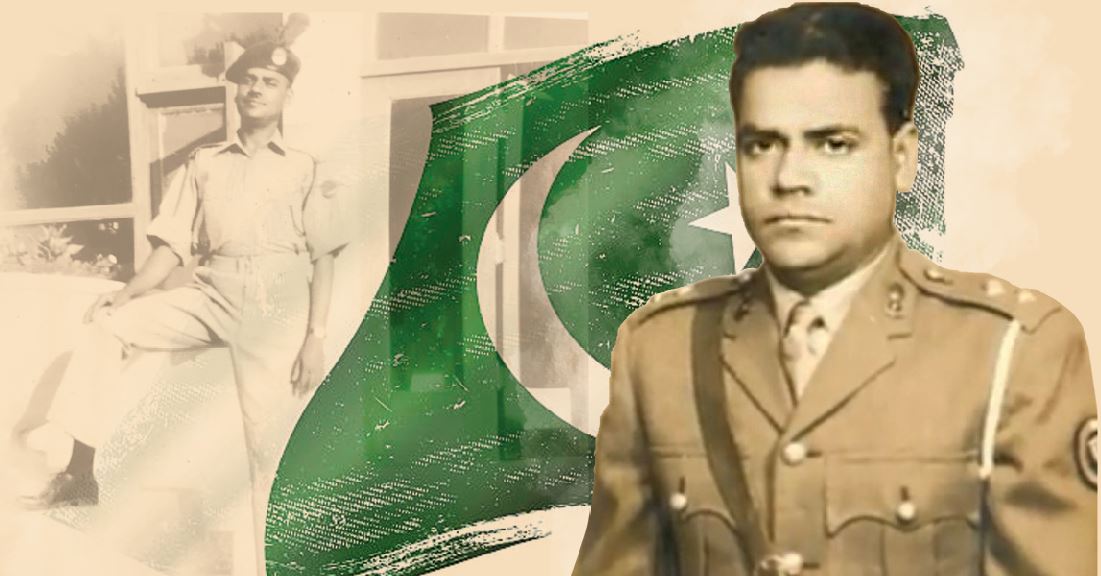 We are the scions of history and custodians of the future. At times, our individual past holds a colossal event which influences our collective tomorrow. When we read a human account in the larger canvas of history, we find it relevant towards understanding the past and preparing ourselves for a better future.
1971 was a watershed year for Pakistani nation. This year saw tragic breaking up of our motherland, a wound which still needs closure by acknowledging the truth and reconciliation. As all conflicts have their own set of characters, 1971 War also created its own villains and heroes. Some are celebrated as national icons and a huge number of unsung soldiers are there who contributed as loyal sons of Pakistan.
A few of them are buried in unmarked graves in the forgotten battlefields of East Pakistan. Nevertheless, many lived on, dredging their way back to West Pakistan through scarring Indian Prisoner of War (POW) camps. The horrors of war have many stories to tell, each having real people in flesh and blood.
Amongst them, there is a unique story of an East Pakistani officer who joined Pakistan Army after 1965 War. When 1971 War came, he fought on the Western front and after the tragic culmination of war, he volunteered to stay in his chosen country, Pakistan, being a patriotic, principled Pakistani. In the ensuing paragraphs, I will narrate the life of that officer and my late father, Major Haroon Al Rashid Khan, a Bengali speaking Pakistani from Comilla. 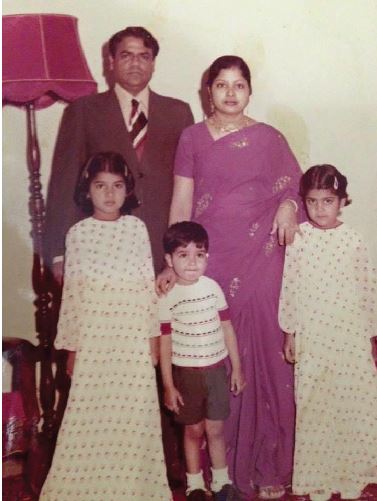 Writing about my father’s life is a subject entailing great audacity. I feel that my family history and history of our nation are entwined in a story which is needed to be told to the audience aspiring for a progressive Pakistan. To understand this story, the judgemental lens of insecurity about the prejudices of past must be taken off. Only then may lessons be learnt by acceptance of mistakes in order to make our future liberated from the catastrophic national failures.
Here is the story of the man who had the courage to take the monumental decision to break away from Bengali nationalism based on his patriotism for Pakistan and volunteered to stay in Pakistan because of his oath to Pakistan Army. He was a modest man, the usual do-or-die kind and like good old soldiers, he faded away to remain forever in our memories. He was a loving father and a family-oriented man, always heeding to our needs, but he was also a lonely figure, eventually lost in the yearning to reunite with his soil.
The Beginning
Major Haroon was born in Comilla, erstwhile East Pakistan in 1942. His father and my grandfather was a farmer and a cleric. They were a family of patriotic Pakistanis with three out of four brothers having served in Pakistan Armed Forces.
At the time of growing up, propaganda by Hindu Bengali elite was already poisoning the minds of East Pakistani youth. Machinations of vested interests were being churned to alienate brothers. Bengali youth was being brainwashed towards Bengali nationalism and against their West Pakistani brothers.
Living in the proximity of Comilla Cantonment, he got inclined towards Pakistaniyat against the odds. He broke the chains of propaganda and in the quest for serving his country, he left the serene rivers, evergreen farmlands of East Pakistan and joined Pakistan Military Academy (PMA). It was tough being in PMA, being so far away from home. From cuisine to scenery, everything was different. He performed well and passed out in October 1966 and joined 3 (SP) Medium Regiment Artillery stationed at 1 Armoured Division, Multan.
When he was promoted to the rank of Captain, my father’s elder brother, a retired officer from Pakistan Army got in touch with a respectable Urdu speaking family who migrated from Hyderabad Deccan, India to East Pakistan at the time of independence. It was an uncommon match as my parents got married in 1969. Still they were an ideal couple, a handsome officer married to an Urdu speaking lady. Life was full of joy and camaraderie with friends and unit officers–hunting trips and picnics with tombola and barbecue, the typical Army life of the sixties. Pakistan was doing well economically, but the enemy was constantly at work to create a divide between brothers. The rise of Hindu Bengali nationalism gave way to mistrust and monumental blunders.
Prelude to 1971 War
Pakistan was a dream actualized by a thought which emanated from Dacca in 1906 and became the voice of Muslims in the Indian subcontinent, who gave their tears and blood to make it true in 1947. In the human domain, East Pakistani blood flowed red for their West Pakistani brothers. They lived together, bled together in 1948 and 1965 Wars and kept the Pakistani flag fluttering high.
I will not get in the political dimensions of the alienation, but from 1947 to 1971, in a short span of 24 years, huge mistakes were made and conspiracies were hatched to undo what Quaid-e-Azam prophesized that no power on earth can undo. To put things in perspective, both Bengali and Urdu speaking populations in East Pakistan faced bloody riots and massacres. Blood-chilling atrocities took place. Entire families were decimated and household destroyed. A situation was created in which guns were turned towards each other, a quandary which one does not even wish for his enemies.
1971 War: The Great Divider
It is difficult to imagine the magnitude of ideological confusion faced by Pakistani soldiers in 1971 War. I used to think about it during my own commands, incidentally both in the operational areas. The military mind cannot fathom the challenges of leading troops fractured from within. From the perspective of East Pakistani military personnel before and during the conflict, like the complete Army, they must have faced an utter predicament. It must have been a nightmare, brothers pitched against brothers, and unit officers thinking along the lines of “us and them”. The rumours and resultant infighting, mistrust and breakdown of discipline is mind-boggling. While describing the ordeal of departing East Pakistanis, the verses by Naseer Turabi may shed some insight: