Remembering Allama Iqbal and His Influence on the Pakistan Movement

The course of history is shaped by those who possess the qualities of an orator (man of words) and being laborious (man of action). While Quaid-e-Azam was the man of action, it was Iqbal, who through his words provided the much needed impetus to the struggle for a separate Muslim homeland, while simultaneously guiding Jinnah through his mission. 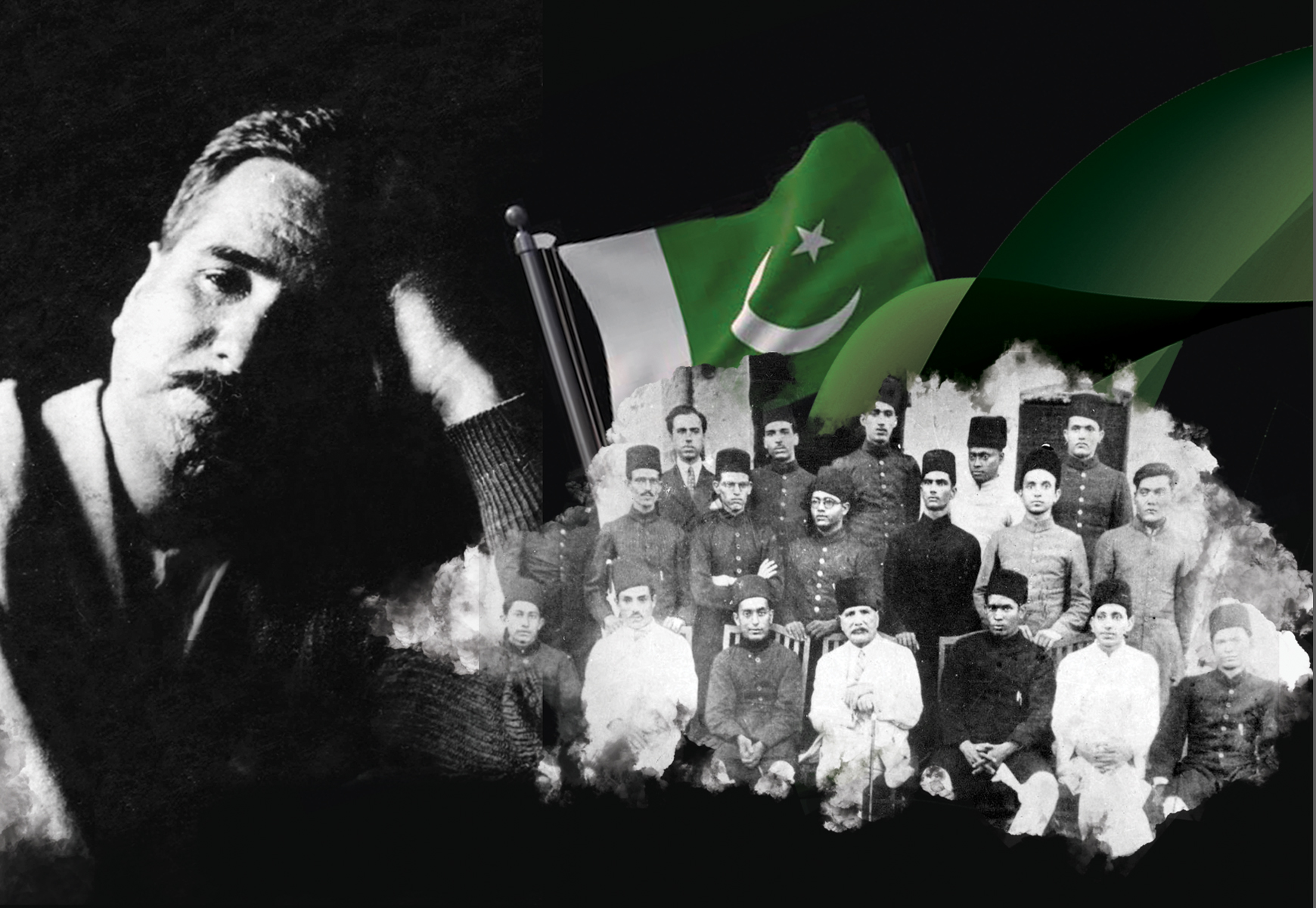 Eric Hoffer, an American social philosopher, in an insightful work on mass movements, The True Believer (1951), wrote: “A movement is pioneered by men of words, materialized by fanatics and consolidated by men of action’ – primarily because of a fanatic’s ‘inability to settle down and play the role of a practical man of action...’ The most inspiring and massive movement of the Indian Muslims in British India, the Pakistan Movement, indeed went through the hands of these three types of men. Sir Syed Ahmad Khan, the man of words, laid the foundation of a separatist political movement, as I have argued elsewhere at length (A Leadership Odyssey), articulating Muslim interests in the new, colonial system of representative government, inherently biased against the Muslim ‘minority’ community. Aga Khan and Syed Ameer Ali followed suit. But Maulana Mohamed Ali, the self-confessed ‘fanatic’ in his zeal for the Khilafat (in spite of Kemal Ataturk’s insistence that it had ‘ceased to have any relevance for Turkey’) broke the back of the separatist movement by entering into an alliance with the Hindu majority community. Though, he soon realized the false, pretentious nature of the alliance and fell back upon the separatist path eventually, he could not now suggest a clear path and indeed a goal. It was left to another man, a man of words, again this time, subject of this brief essay, Allama Muhammad Iqbal (November 9, 1877-April 21, 1938), to revive and reinforce Muslim separatism and help evolve it into the Pakistan Movement, seeking a separate state for the Muslims of the subcontinent.
But before I proceed further with Allama Iqbal’s rise and role in this movement, it needs to be stressed that Iqbal was not only a man of words, he was a man of action too. During 1926-33, he led the Muslims in the Muslim-majority province of the Punjab through a very critical phase of politics in India. But then, as Hoffer argued, ‘such metamorphoses are usually temporary, and that sooner or later there is a reversion to the original type’. With deteriorating health in 1933 and thus not able to commit to active politics or public life anymore, Iqbal turned into a man of words again, inspiring and guiding his political colleague and now president of the All-India Muslim League, Quaid-e-Azam Mohammad Ali Jinnah, towards the idea of a separate state for the Muslims, primarily through his private letters in 1936-37. Jinnah, later, after Iqbal’s death, gratefully published these letters with a preface titled, Letters of Iqbal to Jinnah (1942). These letters, in themselves, apart from his other contributions, speak volumes about Iqbal’s influence on the Pakistan Movement.
Iqbal was a man of words in the perfect sense. He was a poet, writer, philosopher, lawyer, teacher, and of course, a highly educated person, especially for his time. He was a graduate of Government College Lahore, Cambridge University in the United Kingdom, and had obtained his doctorate in Philosophy from Munich University in Germany, with a dissertation, ‘The Development of Metaphysics in Persia: A Contribution to the History of Muslim Philosophy’, a significant addition to the literature on the subject. Later, realizing the need for ‘a scientific form of religious knowledge’, Iqbal, of course, went on to publish his philosophical lectures given at the behest of the Madras Muslim Association at Madras, Hyderabad, and Aligarh, in the form of a book, The Reconstruction of Religious Thought in Islam (1930). The book was meant ‘to reconstruct Muslim religious philosophy with due regard to the philosophical traditions of Islam and the more recent developments in the various domains of human knowledge’.

The Nehru Report of 1928, the first serious effort to frame the future constitution of India by the Indians themselves, led by Pandit Motilal Nehru, had thrown Muslims into the void. It had subverted the already small space for the Muslims in the political system by repudiating the principle of separate electorates, one of the earliest and the most important Muslim demands, indeed the bedrock of Muslim separatist political movement.

The writer is a Distinguished Professor of History and Public Policy and Dean, Faculty of Social Sciences, FC College University, Lahore.