The future of Afghanistan hangs in the balance as opposing Afghan sides began the Afghan peace process in Doha on September 12, 2020. While this dialogue offers the best opportunity to end over four decades of fighting, there remain several daunting internal and external challenges to be overcome.

Recognizing from the beginning that there can be no military solution in Afghanistan, Pakistan has consistently advocated a negotiated settlement. It has, therefore, facilitated the U.S. -Taliban talks and fully endorsed the U.S.-Taliban deal as well as the start of the Afghan peace process. To help the process forward, it has repeatedly engaged with the U.S., Taliban and the Afghan government, advocating compromise and accommodation by all sides. It has also clearly stated that Pakistan will accept any outcome of the intra-Afghan dialogue. 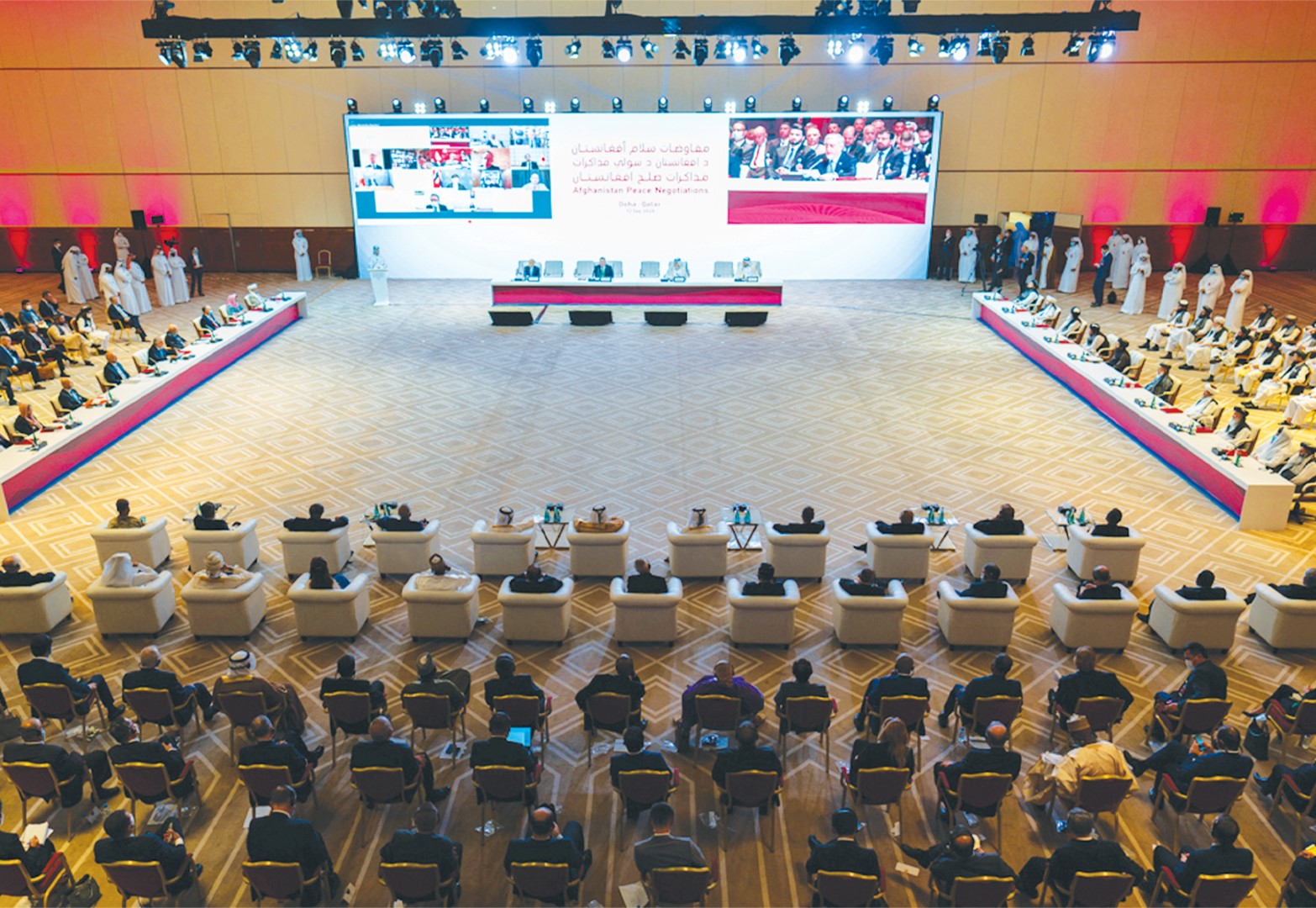 Burden of the Past
The Afghans fought the last great battle of the Cold War against Soviet occupation of their country. But, while the Afghan victory in 1989 triggered the end of the Cold War, enabling the Americans to cripple the Soviet Union, Washington abandoned Afghanistan to the legacy of this war – profusion of weapons, drugs, extremism, terrorism and civil war. This internecine conflict was compounded by ethnic and sectarian confrontation between the majority Pashtuns and minorities such as the Tajiks, Uzbeks and Hazaras. There was also the disruptive role of various “warlords” and the “Arab-Afghans”, recruited by the CIA to fight against the Soviets, who eventually became Al-Qaeda under the leadership of Osama bin Laden, using terrorism to target the U.S. and its allies.
In this chaotic environment, the Pashtun Taliban emerged under Mullah Omar, quickly establishing their control over most of Afghanistan by 1996. At first, the Taliban were seen as a stabilizing force but their harsh policies as well as the continuing clashes with the mainly Tajik dominated Northern Alliance, peace could not be restored. Mullah Omar also allowed Bin Laden and Al-Qaeda to remain in the country.
The 9/11 terrorist attacks on the U.S.  was a further devastating blow. The Americans blamed Afghanistan based Al-Qaeda for the attacks but after Mullah Omar refused to destroy the Al-Qaeda infrastructure and take action against Bin Laden, the U.S.  invaded Afghanistan in October 2001. While the U.S.  and its allies were able to prop-up an Afghan government, fatal American mistakes, especially diverting forces from Afghanistan to the invasion of Iraq in March 2003 and indiscriminate use of air power which killed innocent people, undermined their objectives in Afghanistan. Consequently, the Taliban were able to regroup and reassert their campaign for expulsion of American and allied forces from their country.
Meanwhile, an even greater terrorist threat emerged from ISIS which took control over ungoverned areas of Afghanistan’s east and south. The Tehreek-i-Taliban Pakistan (TTP), which had escaped from Pakistan’s counter-terrorism operations, also established its presence in southern Afghanistan with support from Indian and Afghan intelligence.
U.S.-Taliban Agreement and Implementation
After fighting America’s longest war in its history for 19 years for an elusive military victory, eventually President Trump, who had campaigned for American withdrawal from “wasteful foreign wars” during the 2016 elections, decided to initiate a dialogue with the Taliban that would enable American forces to be withdrawn. The dialogue, led by Special Representative for Afghan Reconciliation, Zalmay Khalilzad, finally concluded an agreement with the Taliban in February 2020.
Under the U.S.-Taliban agreement, American and allied forces would be withdrawn in a phased manner to be completed by May 2021. In return the Taliban agreed to cease all cooperation with Al-Qaeda and ensure that no terrorist organization could operate from Afghanistan against the U.S. or its allies. The two sides also agreed to cease military operations against each other, though the Taliban refused to extend such a ceasefire to include Afghan government troops. A key element of the deal was to start an intra-Afghan peace process involving all Afghan parties. As a pre-condition, the Taliban insisted that the U.S.  should use its influence to have 5000 Taliban prisoners held by the Afghan government to be released in exchange for 1000 government troops in the Taliban’s custody.
At first Afghan President Ashraf Ghani refused to accept the U.S.-Taliban agreement, arguing that his government was not a party to the deal. He also insisted that only a government that emerged from the elections at the time could decide upon the issue. After these controversial elections in early 2020, when Ghani was re-elected President, he gave his tentative consent under American pressure. Then the prisoner exchange issue became a stumbling block. Under U.S. pressure again, Ghani relented but insisted that the release should be in installments and that 400 of the Taliban prisoners who were “most dangerous” and responsible for “heinous crimes”, could only be released with the approval of a Loya Jirga, which was held in August 2020 and agreed to the release. Thereafter, an unforeseen development was the objection by France and Australia to the release of seven Taliban prisoners who, as part of Afghan forces being trained by them, had killed their trainers. As of now the solution is for these seven prisoners to be kept under house arrest and close supervision in Doha.
The intra-Afghan dialogue finally commenced on September 12 with the Afghan government represented by Abdullah Abdullah and the Taliban by Sheikh Abdul Hakeem.
Prospects of the Afghan Peace Process
The Afghan peace process faces both opportunities and challenges at the internal and external levels. The outcome is, therefore, uncertain.
The present environment within and beyond the country provides the best opportunity to bring peace and stability. For the first time all Afghans, irrespective of ethnic and sectarian differences, are united in their desire for peace. This is a major factor in the calculations of all Afghan political groups. A key indicator is that Abdullah Abdullah, whose Northern Alliance had been a major opponent of the Taliban, is now ready to negotiate with them. The Taliban have also realized that they can no longer seek their maximalist position and accept that compromise with the opposition would be necessary. The Loya Jirga’s decision to release 400 Taliban prisoners despite reservations by some forces, clearly underscores the change in favour of peace.

While Pakistan and other stakeholders have done their best to help bring peace to Afghanistan, ultimately it is up to the Afghans themselves to make use of the present unprecedented opportunity to end forty years of fighting. It is the responsibility of all Afghan leaders to seize this opportunity and overcome the challenges confronting them.

The writer is a former Ambassador of Pakistan.
E-mail: [email protected]