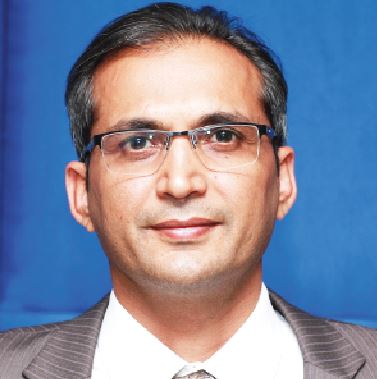 Human capital has always been a source of sustained success and glory. It has also been a determinantal factor in the building and sustainability of empires. The empires with better human capital and institutions to develop, stay for longer periods at the global stage. The concept of human capital has kept on evolving; it started with muscle power and culminated into the most sophisticated soft power skills of modern times. The economic and better societal dimensions became the dominating elements over the course of time. The process of evolution of modern form of human capital started with Adam Smith, father of liberal and capitalist economics, in 1776 as he coined it as a basic component of production and growth. 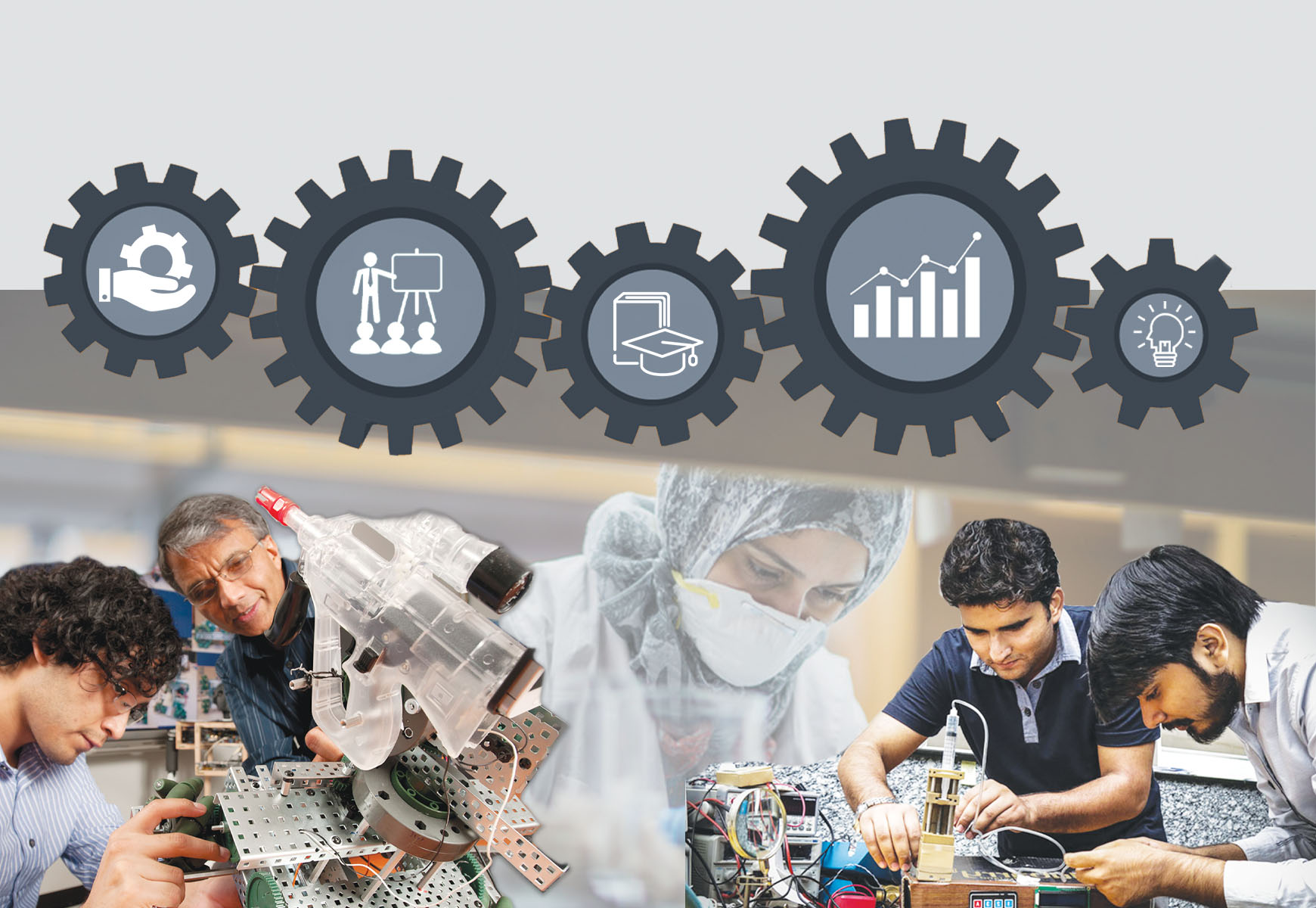 This notion was followed by generations of economists including Jean-Baptiste Say (1821), John Stuart Mill (1909), William Roscher (1878), Henry Sidgwick (1901) and many others. In 1961 Schultz argued that the investment in human capital gives rise to production of firms and income of labor. On the basis of this assumption, he tried to build links among education, knowledge, skill, investment in health and their contribution to an individual’s income. Later on, economists (Denison, 1962; Lepak & Snell,1999, Griliches & Regev, 1995; Lucas, 1988; Rosen, 1999, Vinokur et al., 2000, Edward, 1979, Romer, 1986) further explained the interaction between these elements.
In 1999 Mireille Laroche and Marcel Mérette came up with a theory that human capital comprises inborn (intellectual level) and acquired (post birth) set of abilities and capabilities (education, training etc.). The inborn qualities are dependent on the health and environment of the mother, which is shaped by the quality of food, water and available medical facilities. The post birth qualities are shaped by many factors but the most important one is “education”.
Education is the basic pillar of a state which helps grow and nourish other pillars of a state like parliament, judiciary, military, bureaucracy, economy and media. Unfortunately, Pakistan could not understand the importance of this concept which has led to a worrisome state of education in Pakistan, that is contributing to low-quality human capital. Although Pakistan is blessed with decent IQ (84th ranking, inborn) but intelligence and human capital ranking (post-birth) shows a dismal picture. Pakistan is ranked at 101 among 123 countries on intelligence capital and 134 among 157 countries on human capital index. The ranking on human capital index is even lower than a war-torn country like Afghanistan. There can be many factors responsible for the miserable status, but the most important one is our low quality and directionless education system. The system has two critical shortcomings: 1) poor policy and governance framework, and 2) lack of understanding of its linkages with human capital.
Father of the Nation Quaid-i-Azam Muhammad Ali Jinnah emphasized on the importance of education by saying, “Do not forget that we have to compete with the world which is moving very fast in this direction”. He considered it the main vehicle to move on the path of development and glory. He always emphasized on scientific knowledge, hard work and adherence to our culture and values. Regrettably, Pakistan forgot his message and could not follow his teaching and philosophy.
Consequently, we are paying a heavy price in the form of low status on the development table. If Pakistan wants to grow and attain a respectable place at the global level, we need to work hard on improving our education system. The starting point would be fine-tuning, rather overhauling, the existing policy and governance framework. More specifically, Pakistan should look for answers to three fundamental questions: 1) how to make education compatible with economy and society; 2) how to infuse the spirit of hard work among the youth and 3) how to keep national values and culture and adhere to it.
Compatibility with Economy
The compatibility of human capital with economic structure has been an issue since the independence of Pakistan. One reason is the education system which is producing human resource with little relevance to the economic structure. Despite the ultimate focus of the Father of the Nation on education, Pakistan could not turn his dream into a reality. The data analysis shows that Pakistan is piling up graduates and non-graduates without lifelong skills. It is the result of unplanned and directionless policy framework. The argument can be validated from the enrollment data. Hundreds of thousands of students are enrolled in schools, colleges and universities in non-professional programs or programs which have least relevance with the economic structure of Pakistan.
Pakistan has 218 degree awarding institutes and 3000 affiliated campuses or colleges. Many institutes in Pakistan are still running programs which do not correspond to the needs of the job market. On top of that, most of the affiliated colleges do not have the required infrastructure for quality scientific research or practical work. Thus, they only concentrate on social science, and science subjects without practical degrees, which creates a class of graduates with low skills. It is good to note that recently the Higher Education Commission (HEC) has started to reform the system to overcome these challenges.
Technical and Vocational Education and Training (TVET) and skill development system is another area of anxiety. The quality and capacity, both are in not good shape. The curriculum is outdated and far from reality. The training infrastructure is old and of past age. The faculty is not updated and equipped with modern skills or training. Enrollment is also low. Although, the number of institutes showed an enormous growth from 1650 to 3600 but the enrollment exhibited little progress as it reached at 400000 (2018) from 315000 (2013). The major reason of this low growth is unplanned building of institutes and concentration in urban centers. The other contributing factor is enrollment criteria. It requires a certain level of education, which does not correspond to the state of affairs in Pakistan. We know that 22-24 million children are out of school and 1.5 million or more children are studying in madrassas.

The distribution of labour force according to education status also indicates the same (Graph 1). Further probing highlights that the agriculture sector is the biggest employer. Unfortunately, it does not have any corresponding technical or vocational institute which can impart training for the agriculture sector. The result is that farmers are not aware of modern skills or use of methods of agriculture. Climate change is introducing problems which is beyond the comprehension of farming community at large. It is a matter of grave concern, as Pakistan is paying an extremely high price of this ignorance in the form of low productivity and severe challenges of food security and poverty.
The aloof attitude of private sector is also impacting the progress. The private sector is hesitant to cooperate with TVET for skill development. Although it is compulsory according to the Apprenticeship Act, the private sector is not fulfilling its responsibility.
The importance of TVET will be enhanced manifolds in the future due to huge youth bulge (64% below 30 years of age) and low literacy rate (60%). Data and forecasting suggest that the equation will remain the same in near future. Hence, Pakistan would be in need to develop a system of TVET which can help Pakistan to cater the need of youth bulge and create a class of skilled labour force and keep the youth on track, especially in the context of CPEC related opportunities.
Quality and compatibility are other areas which require immediate attention. The majority of the TVET are still imparting conventional trainings and ignoring the present and future demands of the market. The curriculum is the major hurdle, as it does not change over a longer period and does not include the present and future demands of the markets. Although, since 2009, Pakistan started to reform the sector with the help of EU, Norway and Germany but still we have not been able to achieve the desired results.
Hence, TVET will also have to change the criteria of enrollment to accommodate uneducated and madrassa students. It will help the country to bridge the gap of required skills, as data also highlights that the maximum demand of labour is in the medium skilled sectors and situation will remain the same in near future as well (Graph 2).

Lastly, Pakistan also wastes substantial resources and opportunities that emerge from the global cooperation. Apart from other factors, every year a good chunk of scholarships is being consumed by bureaucracy and other departments in the name of policy and management training. It leads to low availability of scientific and technical scholarships and wastage of precious resources.