Passing out parade of cadets from 140th PMA Long Course, 31st Technical Graduate Course, 59th Integrated Course and 38th Graduate Course was held at PMA, Kakul on October 12, 2019. Cadets from Kingdom of Saudi Arabia, Palestine, Bahrain and Sri Lanka were also among the passed out courses. 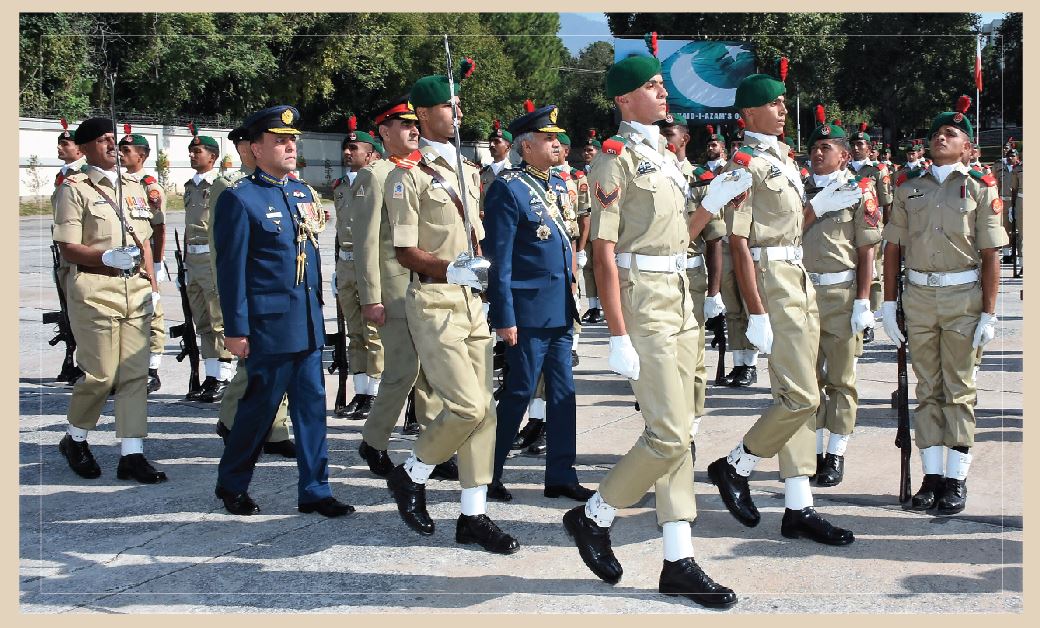 Chief of the Air Staff (CAS), Air Chief Marshal Mujahid Anwar Khan attended as the chief guest. Upon arrival, he was received by Maj Gen Akhtar Nawaz Satti, Commandant PMA. CAS reviewed the parade and gave awards to distinguished cadets. The coveted Sword of Honour was awarded to Battalion Senior Under Officer Usman Shahid while the President’s Gold Medal went to Company Senior Under Officer Qasim Ayub and Chairman Joint Chiefs of Staff Committee Overseas Gold Medal was awarded to Under Officer Al Bazour from Palestine. 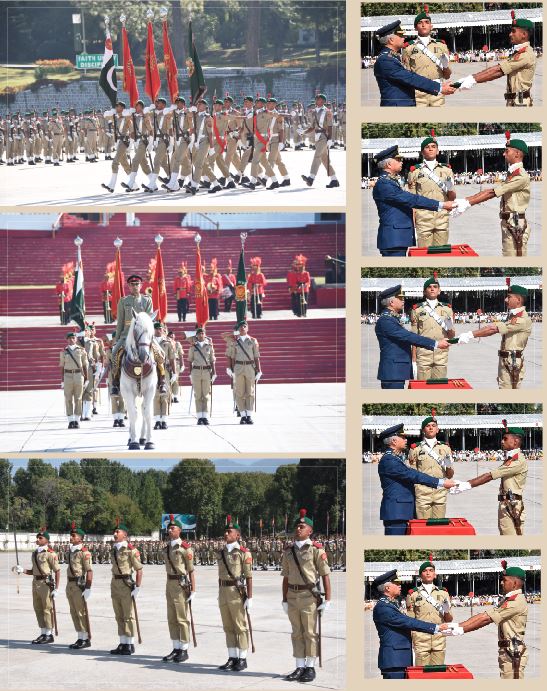 While addressing the passing out parade, the CAS congratulated the passing out cadets and their parents for the successful completion of training and commission into service. He said that, “Pakistan Armed Forces take pride in their sacrifices against the war on terror and bringing peace and normalcy in the country. Our battle hardened armed forces are capable and ever-ready to meet internal and external challenges. Our valiant armed forces are fully ready to respond befittingly in case of any misadventure.” CAS advised the passing out cadets to remember to measure up to the expectations of the nation by attaining the highest standards of professional excellence and personal conduct. 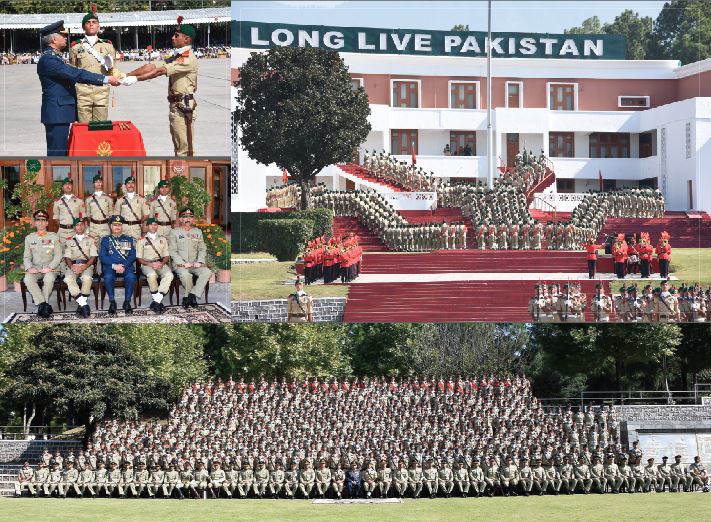